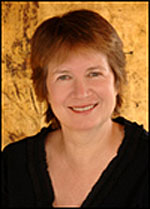 By DENISE D. FORT
Professor Emerita UNM School of Law
Former director, NM Environmental Improvement Division
The upheaval in Washington, D.C. that is occurring now has one surprising objective – the discrediting of scientists. Science is under attack in numerous ways.
The assertion that climate change is a Chinese hoax was bad enough. Now the Administration has nominated a climate denier to head the EPA, taken down web pages that inform the public about agency work, and threatened to slash funding at EPA.
The threat comes from the Congress as well; 114 representatives have signed on to legislation that would overturn EPA’s finding that carbon dioxide and methane should be regulated under the Clean Air Act, thus substituting their judgment for that of EPA. The reason for this House bill is clear enough; it would eviscerate almost all climate regulation by EPA. The Bureau of Land Management’s methane regulations are already effectively dead. Methane, a pollutant that is far more potent as a greenhouse gas than is carbon dioxide!
I was around when the environmental protection movement started in the United States. My parents had Rachel Carson’s Silent Spring and I remember their horror when my girl scout camp was sprayed with DDT on our tents to get rid of the mosquitos. When I was in college President Nixon signed environmental legislation such as the Clean Air Act and the Endangered Species Act. The Clean Water Act went into effect and by the time I left law school the new field of environmental law had been created.
In my first days in New Mexico I worked with Los Alamos activists to protect our national forests and to close dirty power plants. I have continued environmental work and research in my adult career, and have been proud to be part of what I thought was an upward arc towards a sustainable world.
The United States created an international paradigm for environmental law, one that has been incorporated into the law of other nations and into international agreements. Our institutions, such as the Food and Drug Administration, the National Academies of Science, the National Oceanic and Atmospheric Administration, the Department of Energy, the Centers for Disease Control and the Environmental Protection Agency, to name but a few, are respected internationally. And our universities are closely linked to federal agencies, training scientists for future careers and receiving funding for major research.
I went to the UN Climate Conference in Marrakesh this fall and was deeply impressed by the individuals and organizations that are addressing climate change across the world. U.S. leadership, while belated, is one of the reasons that we now have the historic Paris Accords, an international agreement that commits all of the signatories to significant reductions in greenhouse gases and to assisting those nations that will be most affected by rising sea levels, loss of croplands, and other effects of climate change.
There is palpable fear in federal agencies about how science will fare now. Scientists have responded to the implicit threats to science with calls for a nationwide march on Washington, D.C. (https://www.marchforscience.com/) and federal employees quickly created unofficial twitter accounts where agency personnel could speak freely about science.
Most scientists have avoided the public forum, motivated I imagine both as part of professional mores and a personal inclination to remain above the fray or under the radar. I urge people to reconsider; everyone’s voices are needed now whether one is a scientist, engineer, teacher, city official or a retiree.
Urge our elected officials to protect the scientific integrity of our institutions. There are both private and public ways to be effective. Talk to our elected officials, participate in elections, attend town halls, write letters to the editor, but please don’t remain silent.
Menu
LOS ALAMOS