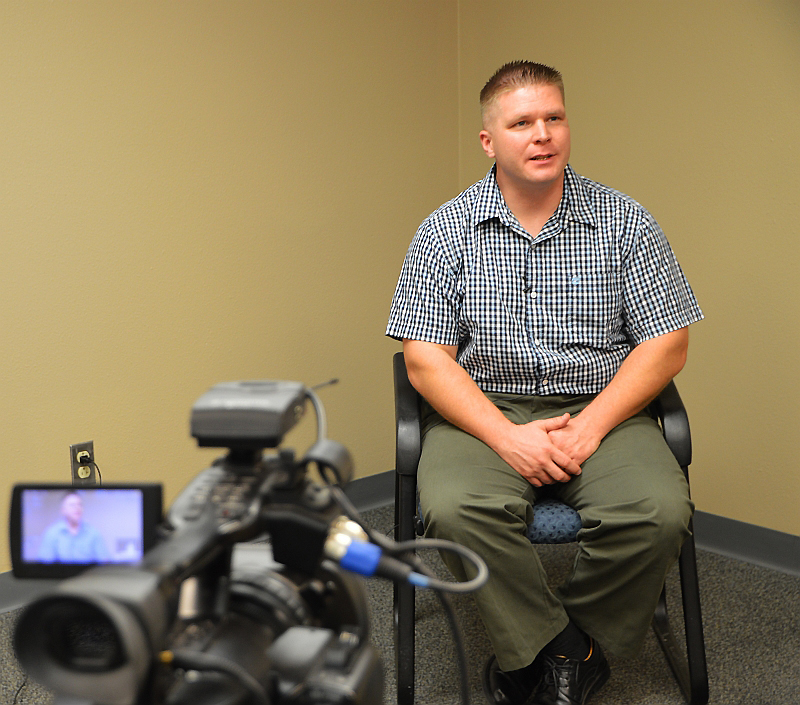 Computer & Information Systems Manager Andree Jacobson of the New Mexico Consortium discussed the PROBE project during Tuesday’s taping of ‘Behind the White Coat’ at the PAC 8 Studio in downtown Los Alamos. Photo by Carol A. Clark/ladailypost.com 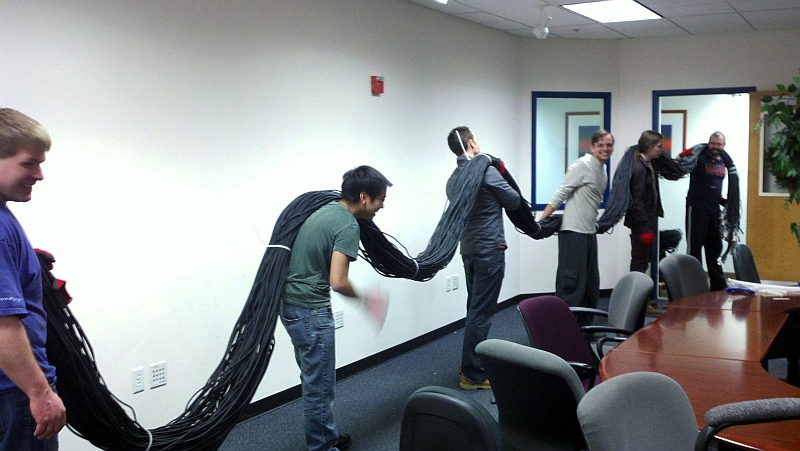 By CAROL A. CLARK
Los Alamos Daily Post
For the sixth year in a row, Los Alamos National Bank has sponsored the award-winning “Behind the White Coat” science series, which airs on PAC 8 and UCTV. This year’s theme is a potpourri of topics including Tuesday’s interview with Computer & Information Systems Manager Andree Jacobson of the New Mexico Consortium.

Jacobson heads up NMC’s Parallel Reconfigurable Observational Environment (PRObE), which provides a unique large-scale, low-level and highly instrumentable systems research facility to the computer science research community. He holds a Master’s Degree in Computer Science and Electrical Engineering from Luleå University of Technology in Sweden and a Master’s Degree in Computer Science from the University of Arizona.

Before joining the NMC in August of 2010, Jacobson worked as a software developer for an environmental research laboratory at the University of Arizona, then taught undergraduate computer science at the University of New Mexico for five years. During his time at UNM, he spent his summers teaching the Computer Systems, Clusters, and Networking Summer Institute for Los Alamos National Laboratory.

During his interview on “Behind the White Coat” Tuesday, Jacobson spoke about the PRObE Center, a one-of-a-kind computer systems research center housed at the Los Alamos Research Park.

“The New Mexico Consortium utilized high school student interns to do a lot of work in assembling, testing and installing the hundreds of computers that make up the PRObE Center’s first supercomputer cluster,” Jacobson said. “PRObE also provides a unique opportunity to college students who come to Los Alamos to learn about supercomputing.“

The NMC is a non-profit partnership between the University of New Mexico, New Mexico Institute of Mining and Technology, and New Mexico State University. It provides a platform for hosting a variety of scientific and research programs and activities in Los Alamos in collaboration with LANL. The PRObE project is a joint effort of LANL, Carnegie Mellon University and the New Mexico Consortium. In October of 2010, the National Science Foundation provided a $10 million grant to the PRObE team to create the Center, which now serves customers throughout New Mexico and across the nation.

Jacobson explained that prior to PRObE, high performance computing research was limited to using small clusters, or renting virtual machines in large, shared cloud clusters, to test the systems they develop. When supercomputers are built, they go directly into production for their intended application, such as climate modeling, leaving no time for systems researchers to try out new concepts in systems software like operating systems, network software, and storage software.

“There have been no supercomputers available for computer scientists to work out issues with the operating systems or other systems software,” Jacobson said.

As supercomputers get larger and more complex, providing reliable and efficient system level software becomes a daunting task; without a place to test new concepts, advancement in high performance computing would be delayed, he said.

Jacobson added that the original idea for the PRObE Center belongs to LANL’s then deputy division leader for High Performance Computing Gary Grider. Several years ago, Grider was working to decommission some old supercomputer hardware when it occurred to him there might be a better solution. After developing the idea with colleagues at Carnegie Mellon University, he started a conversation with the NSF, which agreed that this was a great opportunity to collaborate and build something that would have enormous, positive implications worldwide.

Researchers across the country are now invited to apply to use the 2,048-node facility, Jacobson said. To apply for time on the large PRObE computers, click here or contact Jacobson directly at 505.412.4180 or andree@newmexicoconsortium.org.

Editor’s note: This episode of “Behind the White Coat” is scheduled to air later this month, check pac8.org for dates and times. 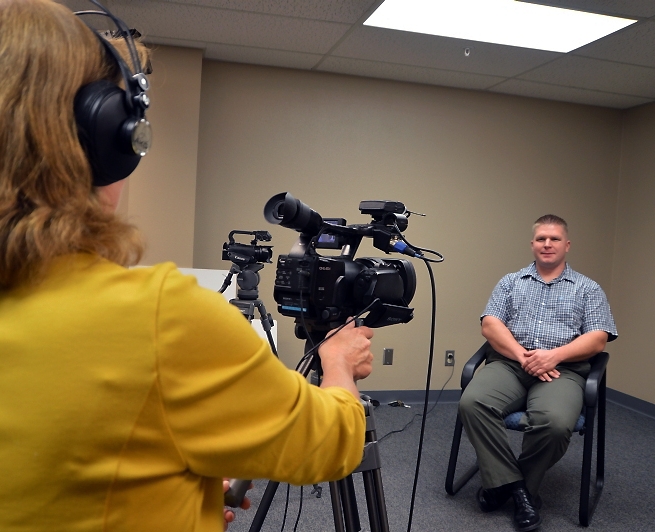 PAC 8 Executive Director Jean Gindreau checks the camera at Tuesday’s taping of ‘Behind the White Coat’ featuring Andree Jacobson, manager of the PROBE project. Photo by Carol A. Clark/ladailypost.com