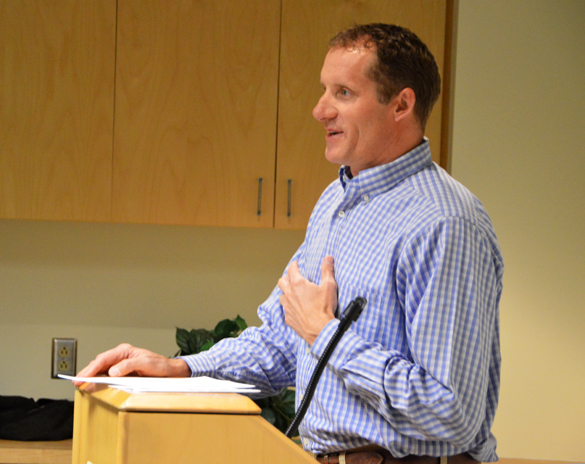 Darren Meadows speaks for the rec bond during Tuesday’s League of Women Voters forum at Mesa Public Library. Photo by Carol A. Clark/ladailypost.com 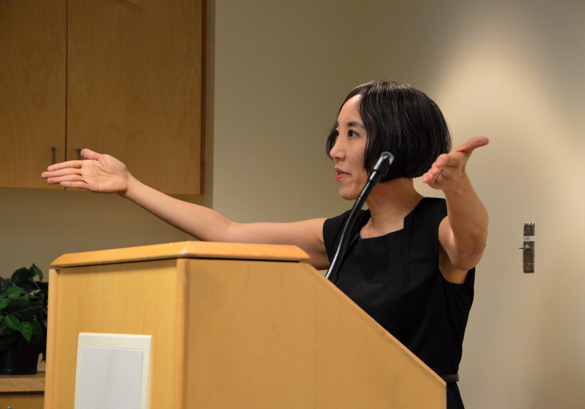 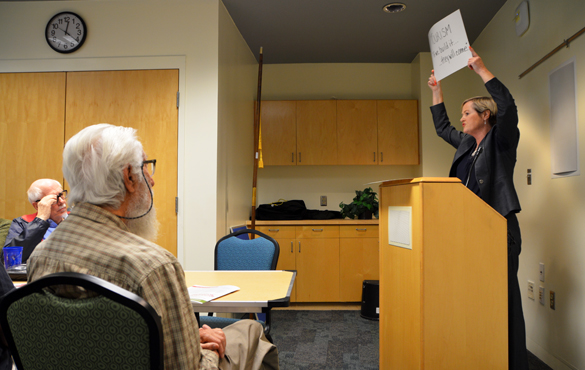 Advocates for and against the $20 million recreation bond currently in the hands of voters, spoke at the Los Alamos League of Women Voters meeting Tuesday at Mesa Public Library. Each side was given 15 minutes to make their case, followed by a question and answer period.

Projects to be funded by the bond include:

Darren Meadows spoke in favor of the bond.

“My kids play soccer and I’ve had the chance to visit lots of nice community centers,” Meadows said. “They are a gathering place for the communities. That’s why I’m here. It would benefit our community and our kids.”

These days, kids need a safe place to go. There are many single parents who need places to go with their kids, Meadows said.

“This was a transparent process,” Meadows said. “The County Councilors spent hundreds of hours to come to the five projects in the bond. It’s a myth that these are gold-plated projects.”

Meadows said he feels the Council did a good job paring down the costs of the various projects.

“I attended a lot of meetings where people were asked if they could afford a $20 per month increase in taxes for these projects,” he said. “Overwhelmingly, they said yes.”

Currently outdoor pools are only open three months a year and some cannot afford the memberships, Meadows said.

“I really think it’s time,” he said. “We have spent less than three percent in the last 10 years on recreation. I’m not doing this for me … I’m doing this for we.”

Speaking against the bond, Lisa Shin said she is not opposed to increased recreation opportunities.

“We should expand recreation in a way that is affordable and cost effective,” she said. “I question whether this bond is the best use of our funds.”

Shin suggested approaching businesses and wealthy individuals to fund recreation projects. She also suggested using sales taxes rather than property taxes, as this would spread the load more evenly. Shin wondered if taxes would be raised again if there is a shortfall in building, running or maintaining the projects.

Lisa Brenner shared the opposition’s time allotment and said she fears that changes to the tax code or Los Alamos National Laboratory’s status as a for-profit enterprise could cause tax revenues to plummet, leaving citizens prey to further tax increases.

On the pro-bond side, Meadows was joined by County Council Vice Chair Susan O’Leary and County Councilor James Chrobocinski to answer questions.

When asked about the property tax burden, Meadows said taxes would increase around $20 a month to fund the recreation bond.

When asked why private sector fundraising has not happened before, Shin responded that people may not have been asked.

“I would love to see the pro-bond people spend their efforts fundraising for this rather than promoting the bond,” Shin said.

Chrobocinski replied that this community doesn’t have people who can contribute the millions of dollars needed for the projects. He said the County is already talking with the YMCA about partnering to manage the proposed recreation center, but that they are already maxed out on fundraising for their current programs.

O’Leary and Chrobocinski said they ran for County Council in order to work for youth and this bond serves toward that purpose.

“In the 14 months of public hearings we held, we heard over and over that our recreational facilities are not meeting our needs,” O’Leary said.

She pointed to lack of gym space and lack of availability of the ice rink for hockey practices, causing some kids to have to practice very early or very late, causing them to miss sleep.

Shin said that the $13.5 million the County has budgeted for the recreation projects could fund three of the five projects without having to ask the tax payers for $20 million more to fund the two most expensive projects, the recreation center and the warm-water pool.

“Funding these projects is a great way to support Lab recruitment,” O’Leary countered. “We want this to be an attractive place to live.” 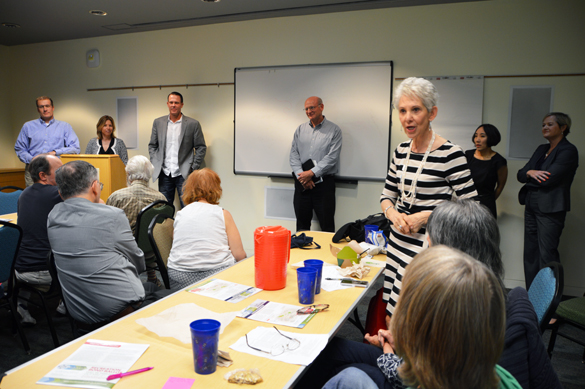 Karyl Ann Armbruster of the LWVLA briefs the audience on the protocol for the question and answer segment at Tuesday’s forum. Photo by Carol A. Clark/ladailypost.com 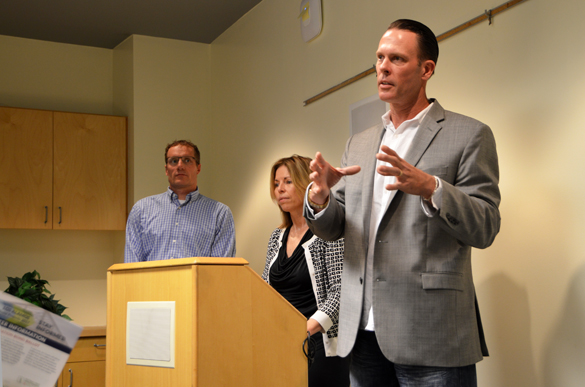 County Councilor James Chrobocinski speaks in support of the rec bond and is joined with Council Vice Chair Susan O’Leary and Darren Meadows. Photo by Carol A. Clark/ladailypost.com 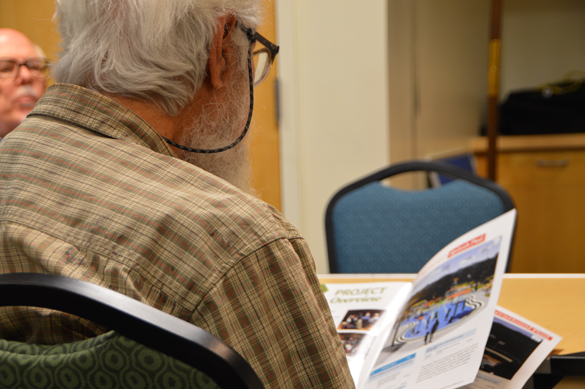 A citizen looks over a rec bond informational pamplet. Photo by Carol A. Clark/ladailypost.com 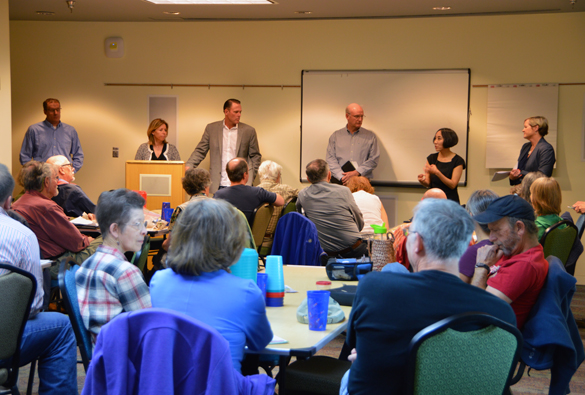 Lisa Shin, second from right, answers a question from the audience. Photo by Carol A. Clark/ladailypost.com 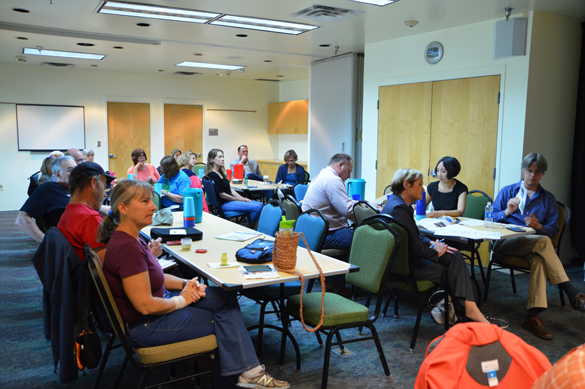 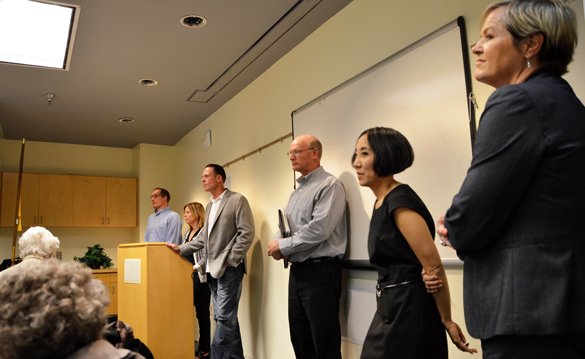 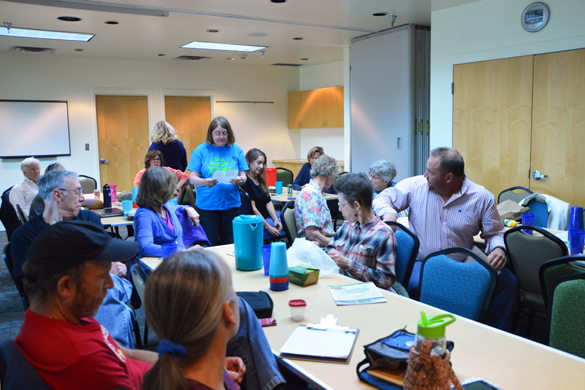 Shelby Redondo asks about the rec bond during the question and answer period of Tuesday’s forum. Photo by Carol A. Clark/ladailypost.com 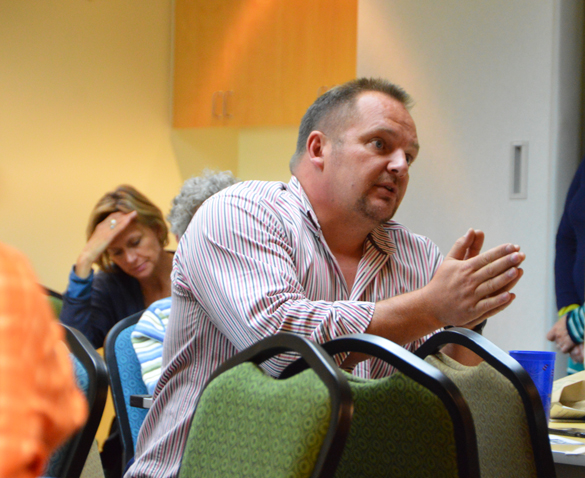 James Whithead asks about the rec bond during the question and answer period of Tuesday’s forum. Photo by Carol A. Clark/ladailypost.com 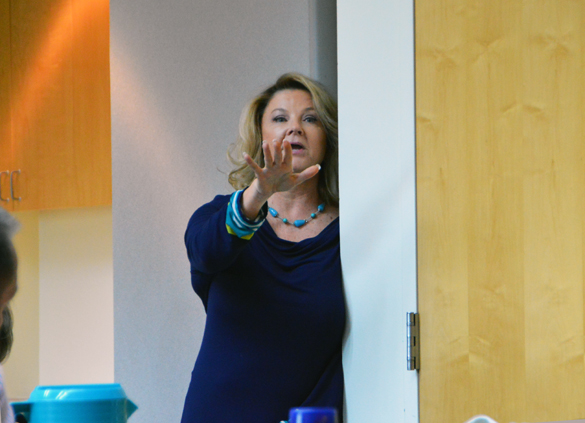 Amy Storey asks about the rec bond during the question and answer period of Tuesday’s forum. Photo by Carol A. Clark/ladailypost.com 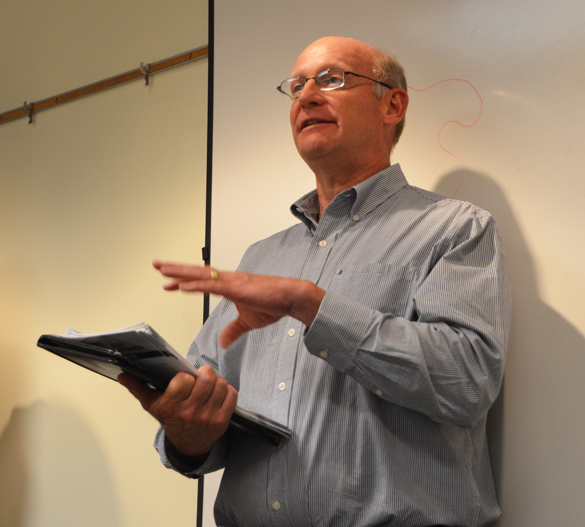 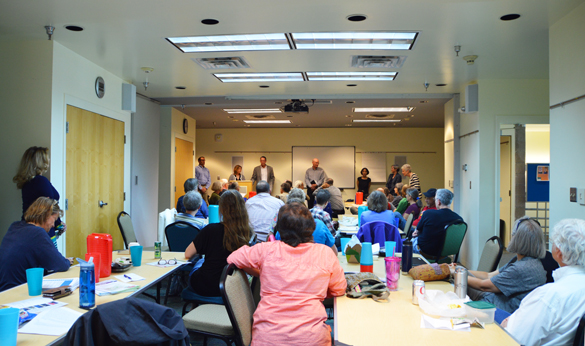 A crowd gathers to hear pros and cons on the rec bond at the League of Women Voters forum Tuesday at Mesa Public Library. Photo by Carol A. Clark/ladailypost.com