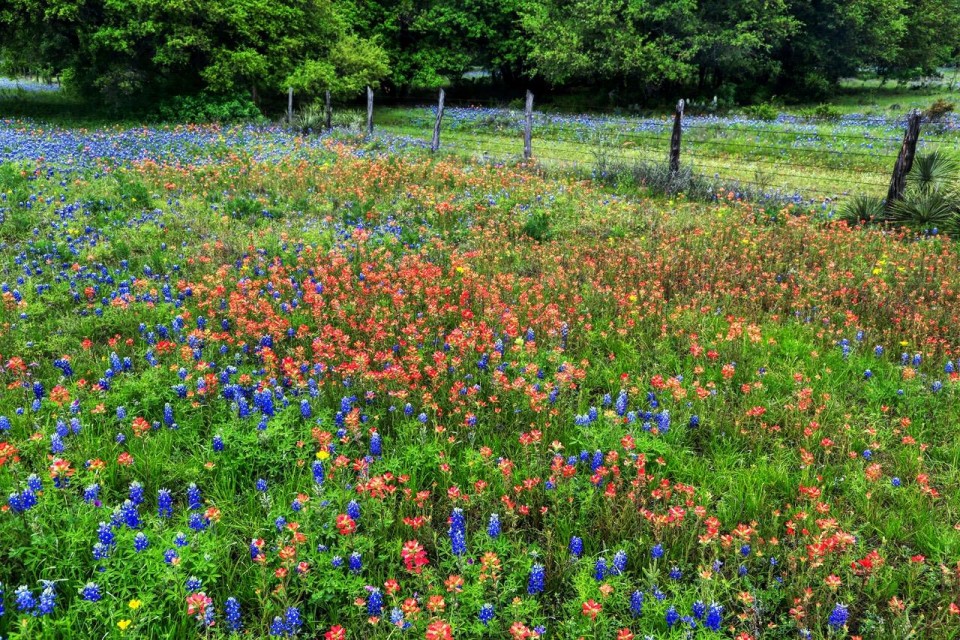 Red and Blue: Some fields may be growing a solid cover of bluebonnets while other areas show off a variety of colors. The red Indian paintbrush blooms compliment the blues and greens in this scene in the Texas hill country. Photo by Gary Warren/ladailypost.com 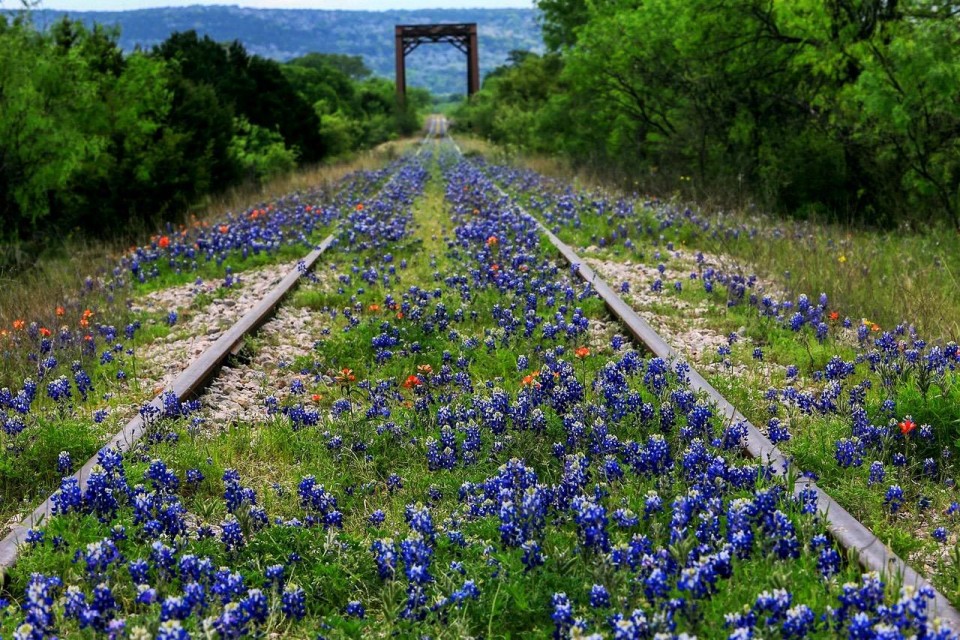 Rails and Flowers: This abandoned railroad is fertile ground for bluebonnets to grow near Kingsland, Texas in the hill country northwest of Austin. Photo by Gary Warren/ladailypost.com 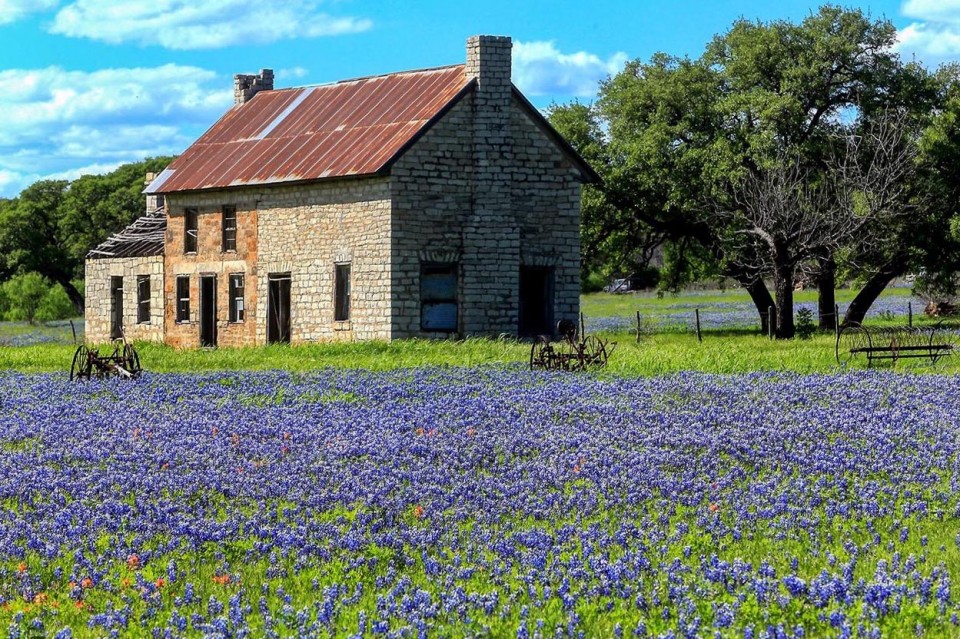 The Bluebonnet House: The Bluebonnet House sits off of Highway 281 near Marble Falls in the Texas hill country. The old structure has become known for its beautiful field of bluebonnets, which bloom annually on the grounds. Antique farm equipment adds a little interest to the image as well. Photo by Gary Warren/ladailypost.com

Lupinus texensis, better known as the Texas bluebonnets, will be making their 2021 appearance at any time. The state flower of Texas blooms in the spring with the peak of the season being late March through April.

This annual spring event is to Texas what the fall color season is to the rocky mountains when the aspen trees show off their annual display of color.

Bluebonnets grows all over the state but is best viewed in the Texas hill country which is located just west of San Antonio and Austin. Another popular area to view the flowers is Ennis, Texas, a few miles south of Dallas. Ennis is known for its Bluebonnet Festival which is held annually in April. If you are near the Houston area, Brenham, Texas has many fields of the colorful blooms as well.

While it is nice to find fields of the bluebonnets, Texas roadsides are lined with wildflowers during the spring. The bluebonnet is the star of the show but other varieties, especially Indian paintbrush, also mingle among the bluebonnets.

I have photographed the spring burst of color several times and never get tired of seeing the yearly display of color. During the peak of the season, it is not uncommon to see a parade of cars filled with lookers in search of the best displays of color in their area of the state. 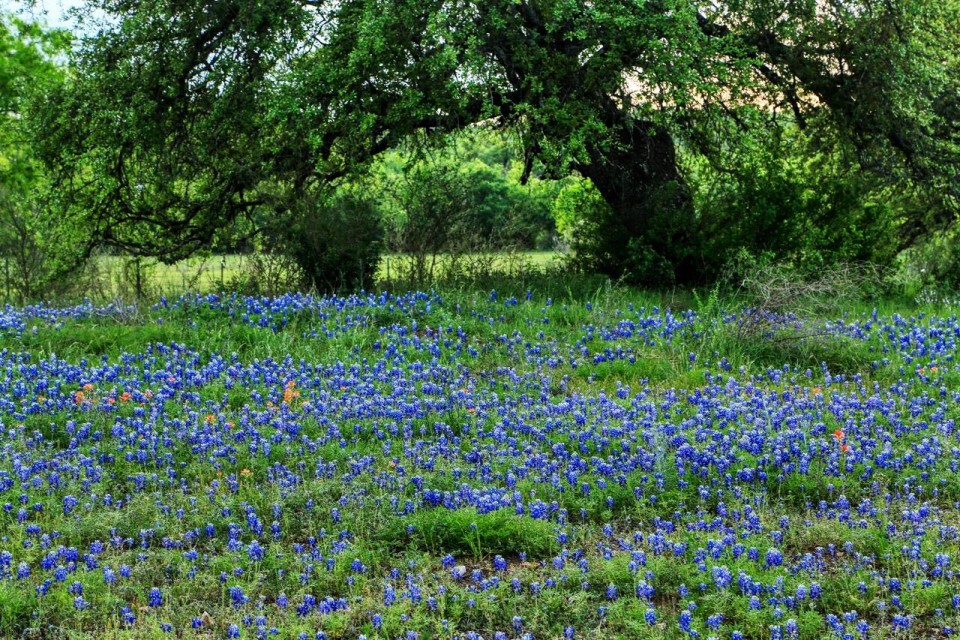 Bluebonnets: A small field of bluebonnets show off their spring colors in an area north of Austin near Georgetown, Texas. Photo by Gary Warren/ladailypost.com 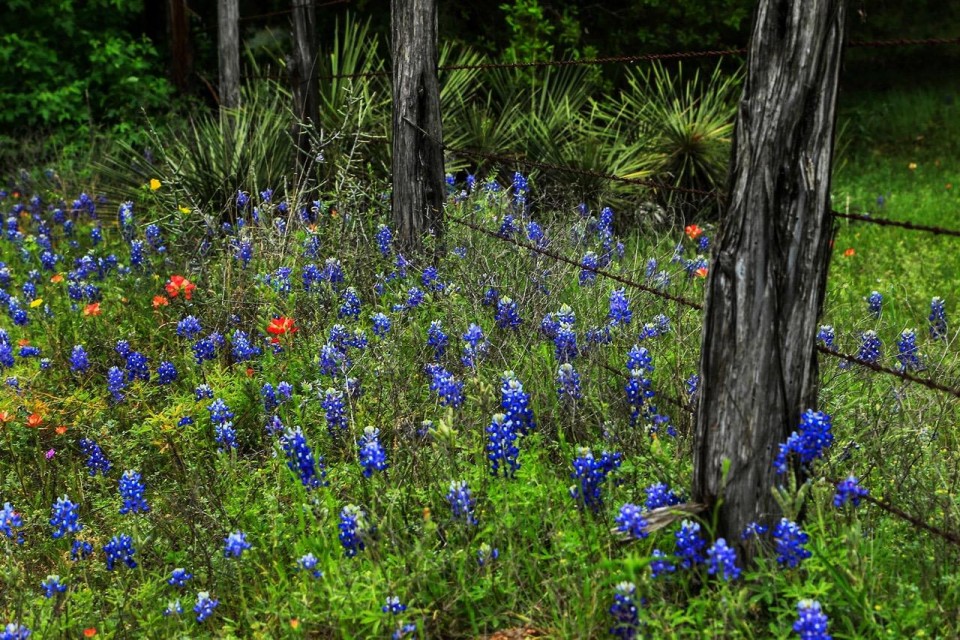 Fence Post: The old oak fence posts and barb wire fencing add character to a field of wildflowers near a highway in the Texas hill country. Bluebonnets and other flowers can often be seen along the highways in Texas during the spring blooming season. Photo by Gary Warren/ladailypost.com