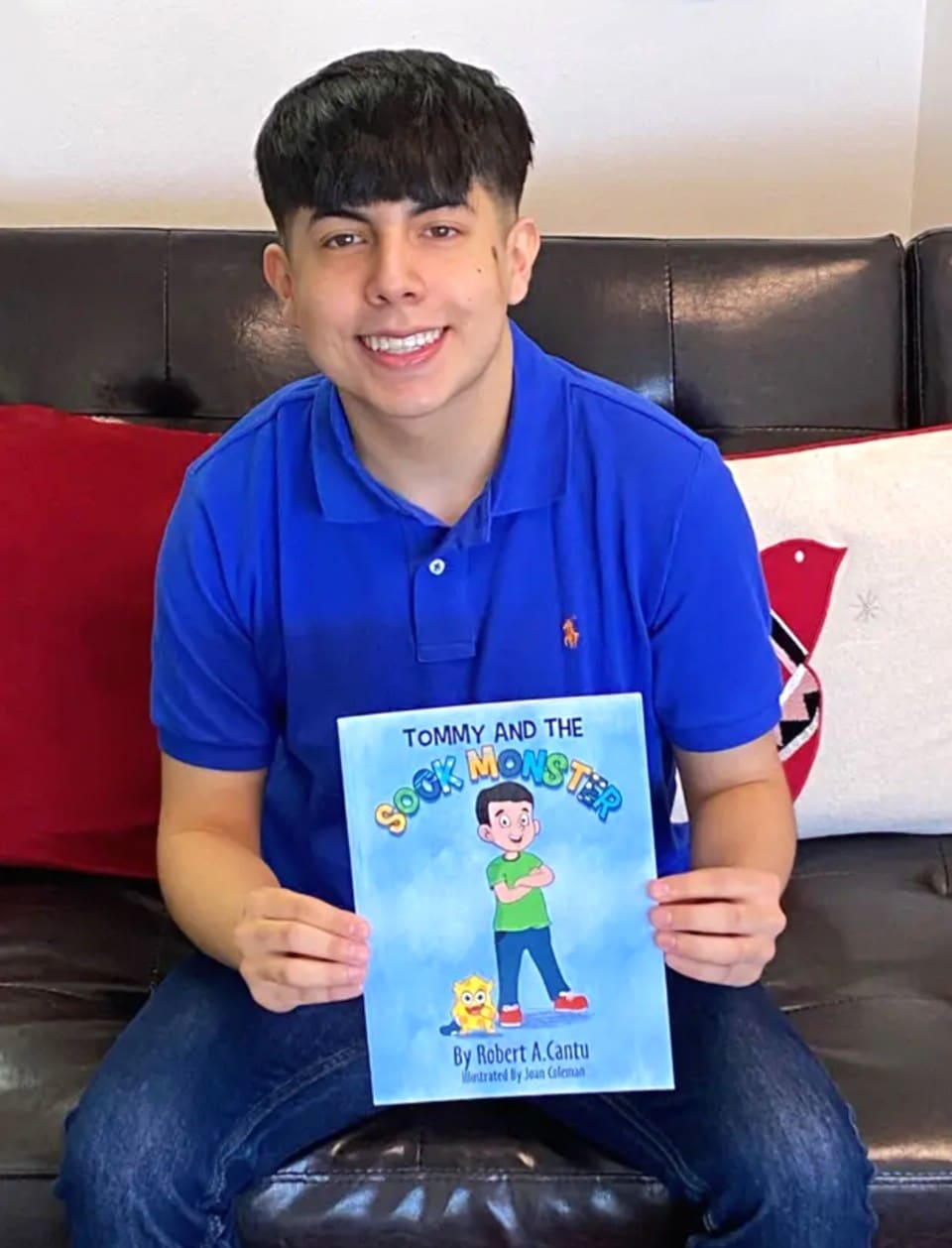 What started out as just a classroom assignment ended up being so much more for 17-year-old Pojoaque High School senior Robert Cantu.

Cantu explained that last December he was assigned a project in his child development class. When he completed the project, Cantu showed it to his mother Shannon Perez, who fell in love with what he had created and suggested he do something more with it.

As a result, Cantu has published a children’s book, Tommy and the Sock Monster. He said the book was published three weeks ago through Amazon’s Kindle Direct Publishing.

Tommy and the Sock Monster tells the story of a young boy searching for his missing socks and makes a surprising discovery.

The book was illustrated by Joan Coleman, a professional illustrator. Cantu explained that he was able to connect to Coleman with the help of a family friend who knew Coleman.

Perez said the process to get her son’s story published went pretty smoothly.

“Everything just fell into place,” she said.

Cantu admitted that he isn’t much of an enthusiastic reader so it was rather amazing that he created a book of his own.

“I was so surprised, honestly,” Cantu said. “I never thought I would be an author at this age or any age.”

But the writing bug seems to have bitten him because Cantu said reading and writing “is getting a lot more interesting. I think I’m finding a love for it.”

Perez said she is very proud of her son and isn’t the only one. Cantu kept his book a bit of a secret until it was published then sent a letter to his child development teacher, Pat Mares, to tell him about the book.

“He was super proud of me,” Cantu said. “It was awesome.”

As a published author, Cantu does offer a piece of advice to his peers interested in writing a book.

“Just let your creative side take over,” he said. “It’s what helped me get this book made.”

Perez added that everyone should go after their interests at any age.

“Just pursue a good idea regardless of your age … you should go for it,” she said.

Cantu said he is continuing to pursue his own interests and plans to make Tommy and the Sock Monster into a series.

“I’m looking forward to the future of Tommy and the Sock Monster,” he said.

Perez said her son wants to share a portion of the proceeds from his book sales to purchase socks for local homeless shelters.

Cantu is planning several events to share his book with the community including a book signing noon to 3 p.m. Saturday, July 10 at Mozart’s Garage at 2890 Trades West Road Ste. 1 in Santa Fe. He also hopes to do book signings in Los Alamos, Española and El Dorado.

Tommy and the Sock Monster can be purchased at www.sockmonsterbooks.com and through Amazon.