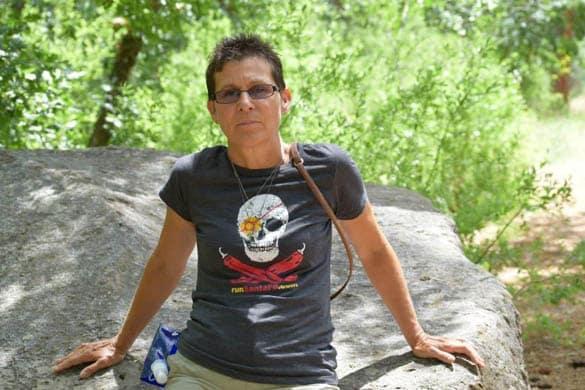 Poet Michelle Holland will read a selection of her poems as part of  an Evening of Arts and Culture. Other poets participating include C. Pirloul, Kelly Dolejsi, Charlie Kalogeros-Chattan, Jane Lin and Mary Cisper. The readings begin at 5 p.m. today at the Bethe House. Courtesy photo 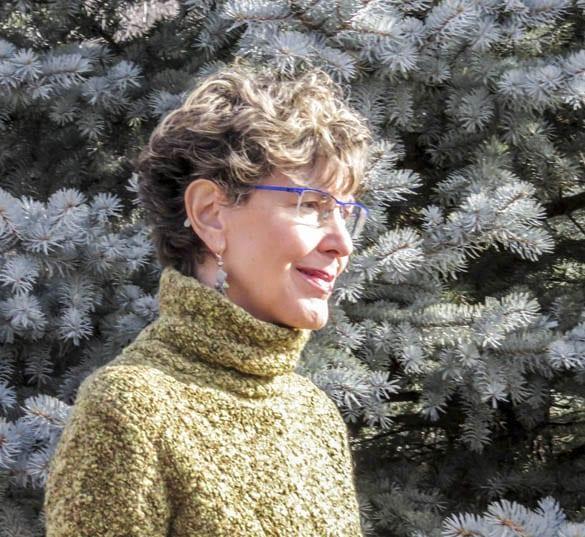 Poet Mary Cisper. Courtesy photo
COMMUNITY News:
Mesa Public Library presents an evening of poetry (and a little bit of music) 5-9 p.m. today at the Bethe House as part of the Evening of Arts and Culture. Downtown Los Alamos’ Creative District comes alive with all sorts of performances, from solo cello by Joy Charles at the Fuller Lodge Art Center opening to Argentine tango at the Betty Ehart Senior Center.
The featured poets all live and work in Northern New Mexico. Their work has been published multiple times, in journals, in online journals, and in books. The schedule for the Bethe House is

Michelle Holland lives and writes in Chimayó, New Mexico.  Her poetry publications include “Event Horizon,” in The Sound a Raven Makes, Tres Chicas Press, and Chaos Theory, Sin Fronteras Press. She is treasurer of New Mexico Literary Arts, and teaches Humanities at Los Alamos High School.
C. Pirloul lives between Cerillos and Galisteo. Her poem, “Matriz del Sol”, was recently featured in The Magazine and “Free” won first place in the Santa Fe Reporter’s 2012 Annual Writing Contest. New work is forthcoming in Lana Turner, a Journal of Poetry and Opinion and The Telepoem Project at CCA in Santa Fe this Fall. Her poems connect wilderness, science, current events and traditional Asian philosophy and medicine with a spiritual quest into the nature of Being.
Kelly Dolejsi’s work has been published in many literary journals, including Cincinnati Review, North American Review, Denver Quarterly, Fifth Wednesday, Broken Ribbon, The Hunger, West Texas Literary Review, Timberline Review, Junto, Gravel, Dirty Paws, The Hungry Chimera, Joey and the Black Boots, and The Disconnect.
Her poem “Loyalty” was nominated for the Best of the Net, and her contribution to “September 11, 2001: American Writers Respond” was nominated for the Pushcart Prize. Additionally, her chapbook
That Second Starling, was published by Desert Willow Press earlier this year. She lives in Los Alamos with her husband and daughters, and works as a climbing instructor and route-setter.
Charlie Kalogeros-Chattan is a native New Englander who followed her heart to Northern New Mexico, where she writes and lives off the grid on the Carson Mesa with her husband and dog. Her poems have appeared in various literary journals, including the Santa Fe Literary Review, Trickster, Conceptions Southwest, the Carson Curmudgeon; and have been anthologized by the Harwood Art Center in two of their anthologies.
Jane Lin is a poet and software engineer for an environmental consulting company. She received her MFA from New York University’s Creative Writing Program. Her honors include a Kundiman Fellowship and scholarships from Bread Loaf Writers’ Conference and Taos Summer Writers’ Conference. Lin lives in Northern New Mexico with her husband, daughter, and three cats. Poems have recently appeared in Duende, Nimrod, Spillway, the Wide Shore, and Two-Countries. Her first book of poetry Day of Clean Brightness (3: A Taos Press, 2017) is a finalist for the 2016 New Mexico-Arizona Book Award in poetry.
Mary Cisper lives with her husband in northern New Mexico.  A sometime chemist, her poems and reviews have been published in various journals including Denver Quarterly, Newfound, Lana Turner, Hayden’s Ferry Review, Terrain, Omniverse, and Water-Stone Review. In early 2017, Trio House Press published her first collection, Dark Tussock Moth, winner of the 2016 Trio Award.
Father Christopher Adams was on the schedule to read at 5 p.m., but is unable to attend. Anyone interested in taking take part in an “Open Mike”, 5-5:30 p.m., just come at 5 p.m. to the Bethe House.
Mesa Public Library is currently open to the public during its construction project, seven days each week, operating out of a small space on the ground floor, with an entrance on the east side of the building near the Betty Ehart Senior Center. More information about hours and services at the Library is available on the website: www.libraryimprovementsproject.us 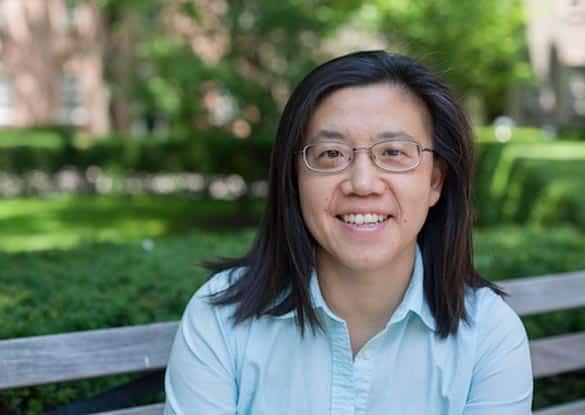