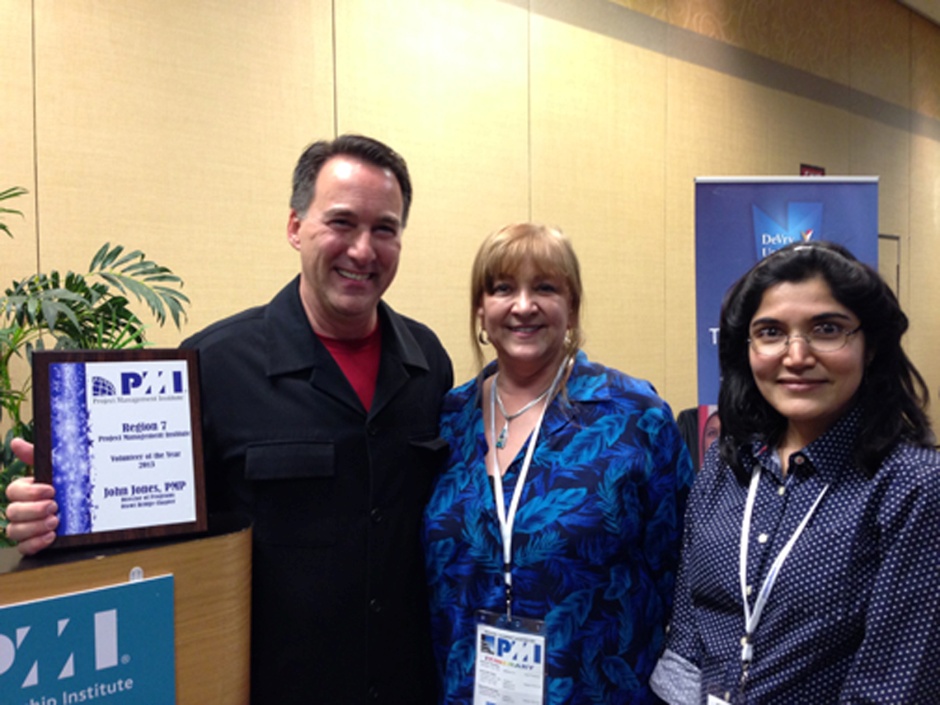 “The Project Management Institute places a high value on recognizing and honoring the valuable contributions volunteers have made to their chapter, to PMI, to the members and organizations in their community, and to the project management profession,” said Shashwati Roy, Region 7 Volunteer Advisor.

Jones received the award at an event in Las Vegas, Nev., March 21, which recognized his contributions during the 2013 calendar year. Among the myriad nominations received from various Region 7 chapters, which includes New Mexico, Arizona, Nevada, California and Hawaii, Jones was nominated by his fellow board members, and the Region 7 board unanimously acknowledged that his contributions singled him out as a clear winner.

They cited that as VP of programs, Jones had reached out to the membership of the Otowi Bridge PMI chapter, and asked what changes they wanted. Based on the membership’s feedback, he initiated quarterly dinner meetings and arranged for high quality presenters at these events. Additionally, Jones increased the variety of speakers at the monthly lunch meetings.

“John has brought an incredible variety of speakers to our chapter meetings, significantly improving the value to our membership,” said Michael Adams, Otowi Bridge PMI VP of Education. “He has implemented quarterly dinner meetings, with out of town speakers, and these events have become very successful and highly anticipated.“

Otowi Bridge PMI President Sandy Roybal said, “our membership was down from 106 in 2011 to 101 in 2012 and we know that John’s energy and enhanced approach to our Programs had a significant impact on our membership growing to 111 in 2013. A 10 percent increase is significant progress in one year!” 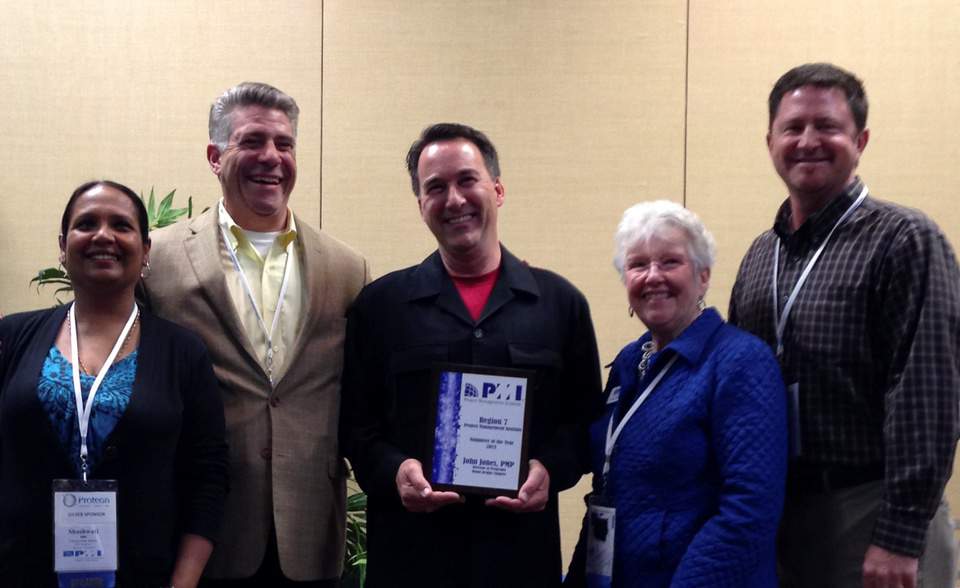 Additionally, Jones spearheaded New Mexico’s inaugural International Project Management Day (IPMD) event Nov. 7, 2013 in collaboration with the Rio Grande chapter of PMI. This event was a stunning success, with attendance far exceeding projections made by either chapter. Unfortunately, this resulted in some people being turned away due to the size of the facility.

The lineup of speakers, coupled with a great value of eight professional development units (PDUs) for only $150, was a big draw and it is expected that the 2014 IMPD will build on last year’s success. The collaboration between the Otowi Bridge chapter and the Rio Grande chapter for the first IPMD, has been expanded and the chapters now work together to promote each other’s events, and success.

Both chapters look forward to continued collaboration and especially to an even more successful 2014 IPMD. Learn more at http://pmi-ob.org/