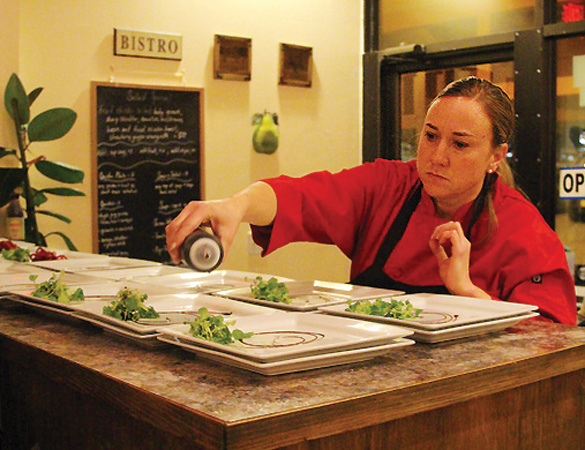 Chef Laura Crucet Hamilton puts the finishing touches on one of the courses at a recent Wine Dinner at Pig + Fig Cafe. Photo by Bonnie J. Gordon/ladailypost.com

In one short year, Hamilton and her staff have made Pig + Fig a home away from home for many White Rock residents, but unless you’re a gourmet cook, the food is probably a lot better than you could whip up for breakfast or lunch.

“We are so grateful for how loyal the community has been to us,” Hamilton said. “It’s been lovely and humbling. I’ve made so many wonderful friends in White Rock.
I can’t imagine ever leaving here.” 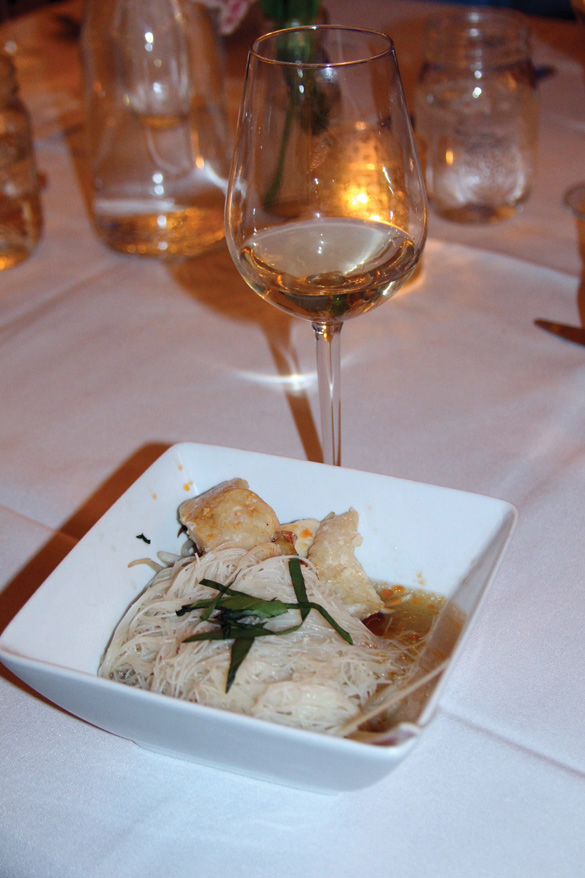 Hamilton credits her staff for a great deal of the restaurant’s success. “Everyone who works for me loves food and takes it seriously,” she said. “We all love making good food and the community appreciates that. Everyone here cares about making people happy.”

The eclectic Pig + Fig menu and its distinctive ambiance are a homage to Hamilton’s mother, a native of Spain. “I wanted to create the kind of place she would have loved,” she said.

It may seem like the café is “all about the pig” but Hamilton points out that thre are quite a few vegetarian and even vegan items on the menu. “We want to make comfort food for everyone,” Hamilton said.

The pigs and the figs are a tribute to Hamilton’s Spanish mom and Cuban father. “Pork and figs are my food memories of Spain,” she said.
Hamilton puts on immensely popular Wine Dinners at least once a month, and recently, she has been featuring particular wineries. “We’ve been lucky to have wine makers come and visit us,” she said. “It’s a real honor that they want to come and it’s fun to see everyone’s excitement at the events. I taste the wine and it leads me to the food it needs.”

“It’s so fun to make that level of food in such a casual atmosphere.”
Now for the big news! Pig + Fig is planning to open from 5-8 p.m. with a tapas menu and beer and wine.

Renovations are planned for the week of spring break. “We feel comfortable making this investment,” Hamilton said.  “It will be a place you can come in and have small plates and a glass of wine or beer.”

Hamilton, a Texas native whose culinary career spans nearly 20 years and two continents, is a graduate of the world-famous Le Cordon Bleu in Paris, France, co-author of several cookbooks, an acclaimed cooking instructor and has had a distinquished career as a chef at a number of fine dining establishments.

She isn’t resting on her laurels though. “Im learning something new every single day!” Hamilton said. 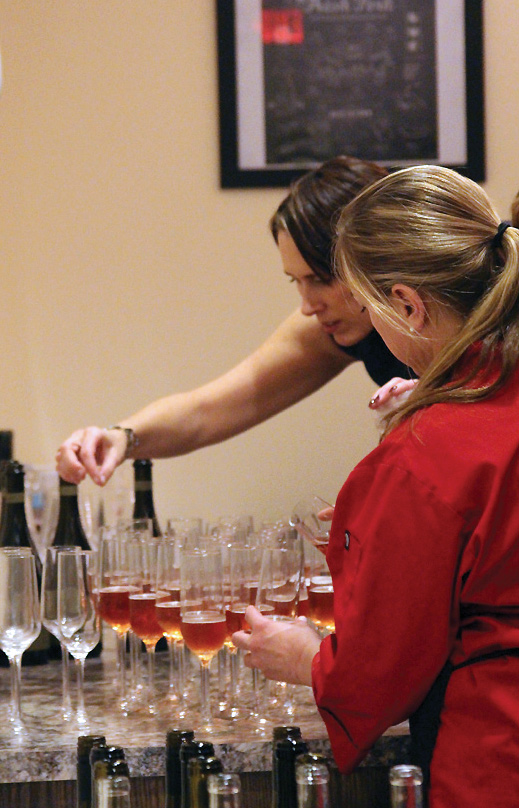