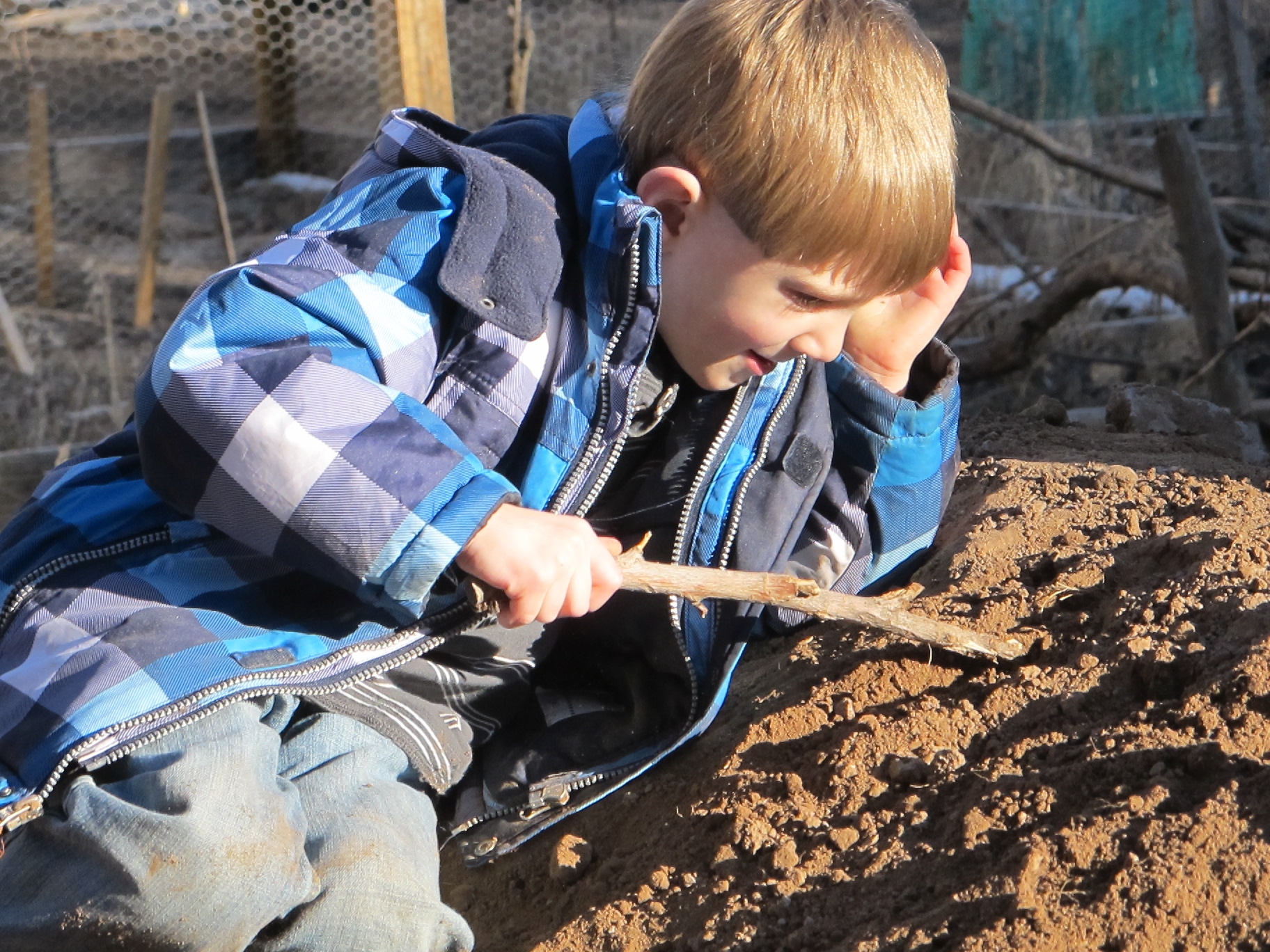 A boy with mud and a stick: better than an iPad any day! Photo by Beth Cortright/PEEC

Growing up, many of us were discouraged from getting dirty. But some research suggests that we should all be happy to come in contact with outdoor dirt.

In addition to the many other benefits of being outdoors, could dirt itself provide health benefits?

A number of studies have suggested that children raised in very clean environments are more susceptible to allergies and asthma. Having pets in the home from a very young age, for example, decreases the occurrence of these problems.

According to an article on WebMD, early exposure to microbes may have lasting benefits by decreasing inflammation later in life. Inflammation is associated with many chronic diseases, including heart disease, diabetes and Alzheimer’s disease.

Some recent research made headlines with the finding that exposure to soil bacteria might actually make us smarter. The bacterium under study was Mycobacterium vaccae, which occurs naturally in soil and is often breathed in harmlessly when people spend time in nature. Studies showed that when these bacteria were injected into mice, the mice had more neuron growth and higher serotonin levels.

Serotonin decreases anxiety, so researchers suspect that the bacteria could have antidepressant benefits. Furthermore, mice exposed to the bacteria were actually significantly faster at finding their way through a maze.

Is exposure to beneficial dirt bacteria one of the great reasons for being outdoors? It’s very possible that it is. So the next time you head outdoors, don’t hesitate to get dirty, and be sure to let the kids enjoy their mud puddle!