PEEC Amateur Naturalist
The Reemergence of Rhinogrades
By ROBERT DRYJA 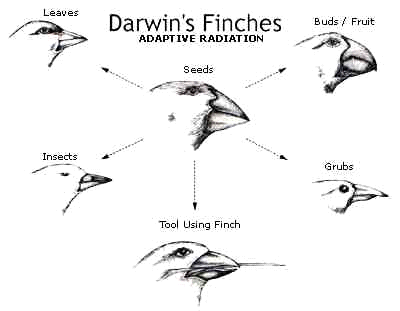 Left, tortoise with dome-shaped shell. Courtesy/Como Park Zoo photograph
Right, Tortoise with saddle-shaped shell. Courtesy/San Diego Zoo photograph
The Galapagos Islands are the most noted Pacific archipelago for animal adaptation. However there was another archipelago that has an association with Los Alamos. This is the Hy-yi-yi (written Heieiei in German) archipelago. It was not too distant from the Bikini Atoll where 23 nuclear bomb tests were conducted. These bombs were exploded in the air, at the surface of the sea, and underwater. These tests had disastrous consequences for the Hy-yi-yi archipelago. 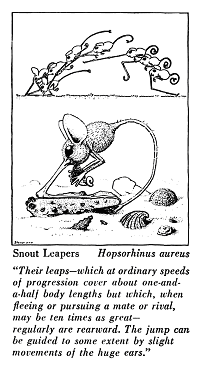 The Swede Einar Pettersson-Skamtkvist was the first European to arrive at the archipelago in 1941 during World War II. He was escaping from Japanese imprisonment when he was wrecked on the island of Hy-dud-dye-fee (Heidadaifi).

He remained there for the remainder of the war and for several years thereafter. His misfortune was good fortune for evolutionary biologists.

Skamtkvist now had time for extended observations of the varied landscapes among the islands of the archipelago. He also observed a remarkable small species of mammal. This species varied among the Hy-yi-yi islands much as the finches and tortoises vary among the Galapagos islands. Unlike beaks or shells, the shape of the nose was the basis for the variations among these mammals. This has led to them being classified as Rhinogradentia in the scientific literature whereas they are referred to as snouters in the popular literature.

Rhinogradentia indeed had remarkable noses. One species had a jointed, long thin nose that it could fold then open suddenly. It then could flip itself across the landscape for great distances. This was an advantage compared to slowly crawling across hot, rocky and crevasse-ridden ground when searching for food. 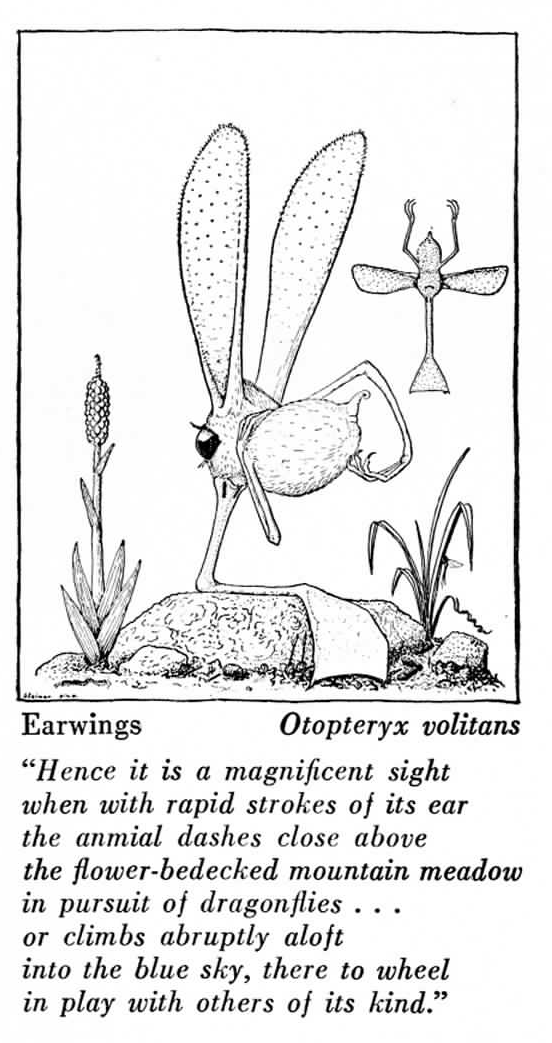 Another species (Earwings or Otopteryx volitans) had a broad wing-shaped nose that then permitted it to glide across the ground. This is startling, but the flying squirrel (Sciuridae) and flying snake (Chrysopelea) are two other examples of animals that have had a part of their body evolve to permit gliding. 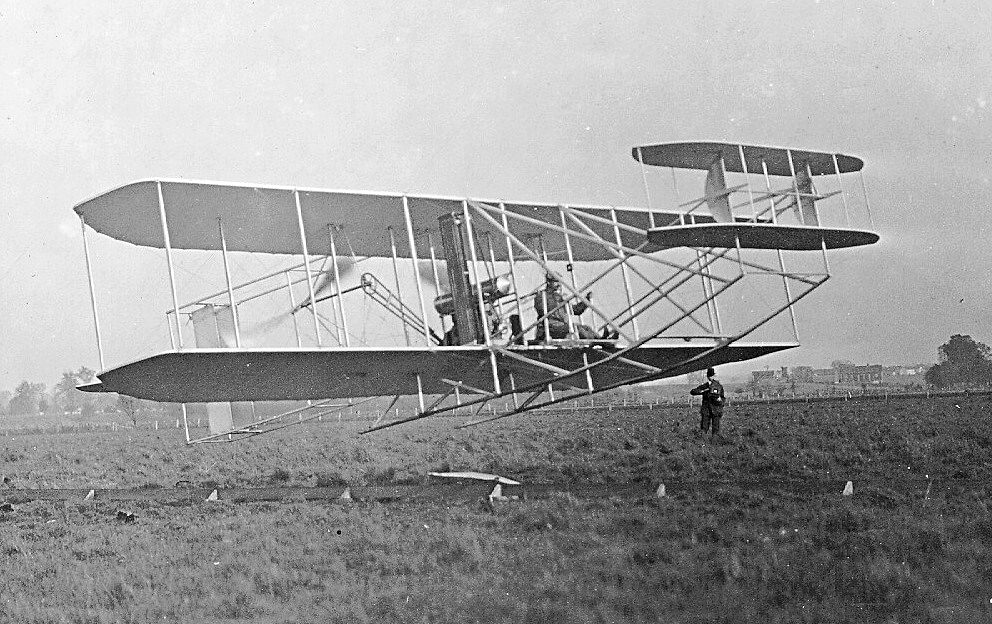 Wright Brothers AB Flyer with front elevators analogous to the nose of an Earwing. Courtesy photo

Earwings controlled their flight in a manner similar to the airplanes made by the Wright Brothers. The snout of an Earwing extended forward from the front of its head for the control of air movement. This is the same as in a Wright AB flyer.

There were a variety of other species that had their noses evolve for various uses. Unfortunately the complete archipelago was destroyed, sinking beneath the ocean as a result of tectonic tensions generated by the testing of atomic bombs at the Bikini Atoll approximately 125 miles away.

Skamtkvist died in this disaster. All of his notes would have been lost but he had shared them with a German biologist named Harald Stumpke. Stumpke had just prepared a manuscript (Bau und Leben der Rhinogradentia) in Germany before dying as well. This manuscript has been the only source of information about Rhinogradentia, at least until recently.

Archival laboratory reports now show that several Los Alamos physicists and biologists had visited the Hy-yi-yi archipelago shortly before its destruction. It appears that they captured a number of Rhinogradentia and brought them to New Mexico for further evaluation in a breeding colony. Their interest appears to have been in determining the effect of radiation from the explosions of atomic bombs on the reproduction of these small mammals.

A breeding colony had been located in the Co-ro-na-do (written Coronado in Spanish) Mountains. Researchers had released Rhinogradentia in an enclosed area to observe their behavior. However they had not anticipated how high Rhinogradentia could flip themselves. They also did not appreciate that they could glide upwards on air currents. A number of Rhinogradentia therefore escaped from the enclosure. The expectation was that the escaped Rhinogradentia died in the winter since they had been brought from the tropic south Pacific. 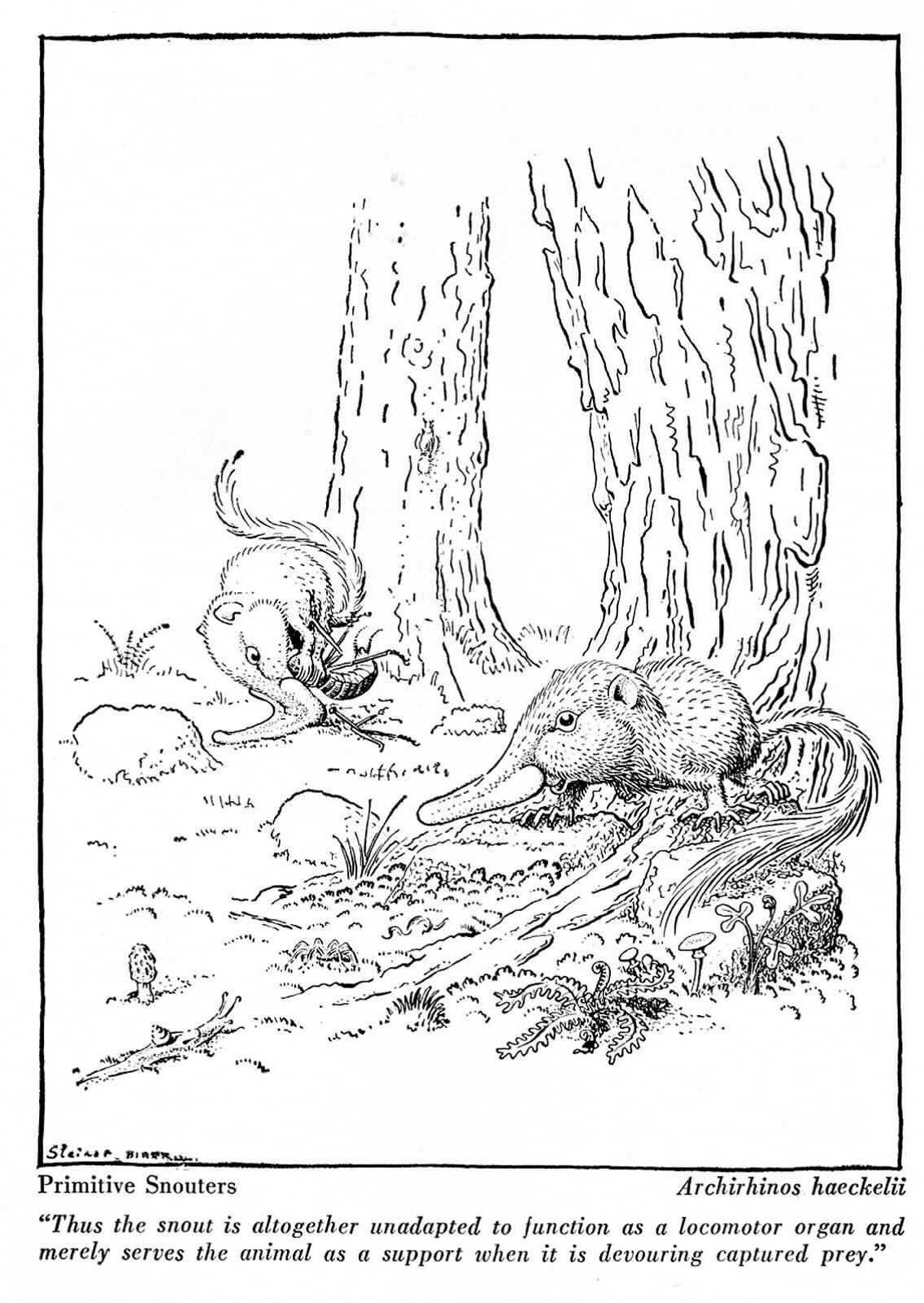 Observations of a recently discovered colony of 12 pika showed that one fourth of them had long snouts. The other three-fourths had the usual short snout.

This statistical pattern is consistent with hybrid parents carrying the recessive genes for a long snout. Colonies established by newer generations from this colony also had offspring that were consistent with Mendelian genetics.

Indeed, a purebred colony had been located in the San Carlos Parks Wilderness in which all members looked like a species of Rhinogradentia.

Unfortunately the recent large forest fires in New Mexico and Arizona have burnt through the locations of these colonies. Rhinogradentia have not been observed following the fires but may reemerge in future generations of pika that contain the recessive genes. 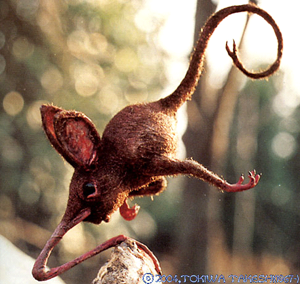