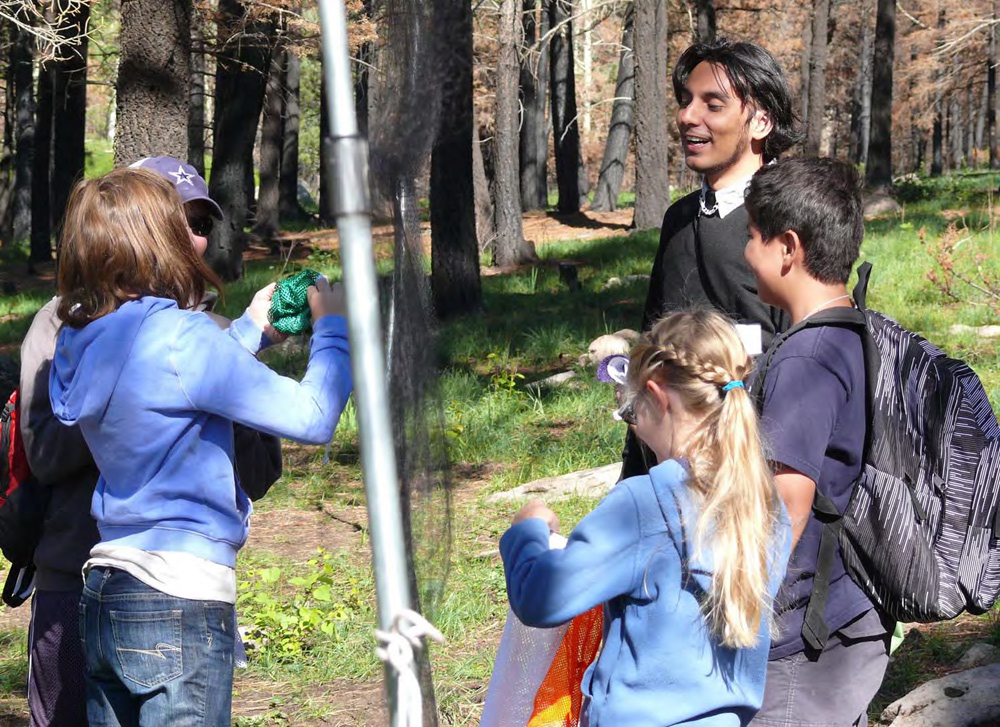 Jorge Ayarza from Colombia is teaching students about catching and handling birds with mist nets. Here the students are having a hands-on experience with the soft bags that are used to safely transport birds from the nets to the data collection area. Photo by Stephen Fettig 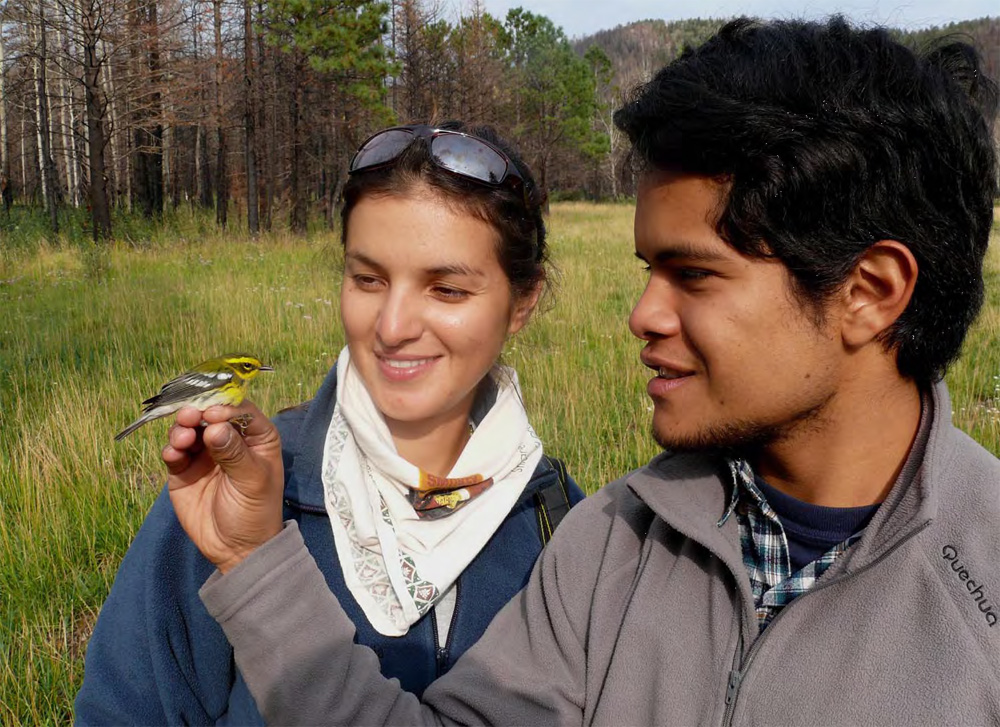 Maria del Pilar González Barroso from Mexico and Diego Alejandro Cueva from Colombia view a Townsend’s Warbler just before releasing it back into the wild. Photo by Stephen Fettig

Particular thanks to Bandelier National Monument, Stephen Fettig, and the Park Flight program

One way to answer this question involves banding birds and counting species from year to year. For example, researchers find that the Rufous and three other species of hummingbird migrate to southern Mexico and Guatemala. However there has been a steady increase in Rufous Hummingbirds remaining during winter, especially along the warmer east coast.

The thought is that more hummingbird feeders are being set up and people are leaving the feeders later into the autumn. Rufous Hummingbirds evidently may stay if food is available, even if the days are becoming shorter and weather is becoming colder. You may go to the following web site to learn more:  http://www.rubythroat.org

What about other bird species in New Mexico? Birds migrate without concern to national boundaries. Bird populations also are affected by what is happening ecologically from country to country. As an example, Swainson’s Hawklives in New Mexico and migrates to Argentina.

Swainson’s Hawks eat insects and may absorb insecticide poisons such as DDT that were meant for insects. Although DDT stopped being used in the United States, it continued to be used in Argentina, resulting in the population decline of this hawk. An international and educational perspective is a part of monitoring migratory birds.

Bandelier National Monument conducts a bird banding program called Park Flight. Two biology interns have come for the summer from Central and South America for the past nine years. A similar program is conducted at Mesa Verde National Park. 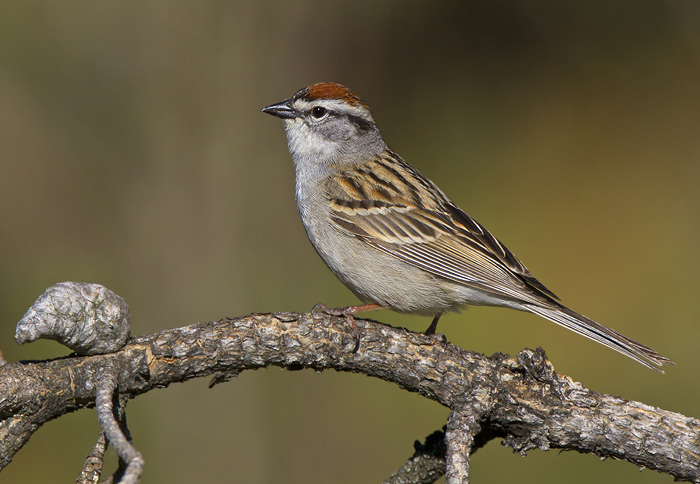 The number of birds captured from year to year also can vary greatly. The following table shows that the number of birds banded at Bandelier decreased dramatically from 2010 to 2011. Was this a result of the Las Conchas forest fire in 2011?

Data may help in understanding what is happening to birds, but it is seeing birds in their natural settings  that makes people care for them. The Park Flight program therefore has school students come to its capture sites to see how birds are caught in mist nets and then how bands are put their legs. A total of 312 students participated this past school year. The students came from four of elementary schools and the home school group in Los Alamos as well as from two schools of the Jemez Pueblo. 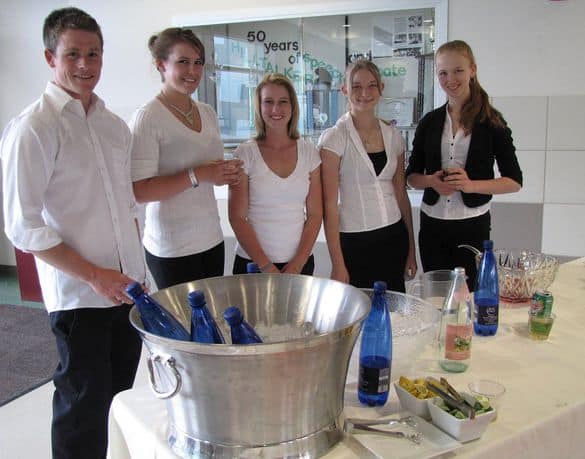