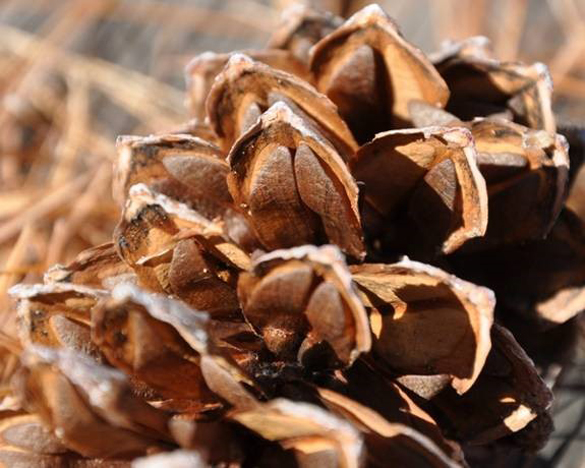 Pairs of seeds about to flutter out of a pine cone. Photo by Nancy Castillo

By ROBERT DRYJA
PEEC Amateur Naturalist
A number of cones are lying on the ground beneath the dominant Ponderosa pine tree growing  behind the Aquatic Center.
A very patient seed counter found that ponderosa trees may produce from 7,000 to 11,500 viable seeds for a year. This is before birds and squirrels begin to eat them. The seeds are enclosed in a wing and so may flutter away from the parent tree. Birds and squirrels also may carry away and store some seeds without eating them.
As an estimate, the dominant tree behind the Aquatic Center may have produced 7,000 seeds as part of a three year cycle. This would result in 70,000 seeds coming from one tree over the thirty years following the completion of the Aquatic Center.
However there are actually 110 trees of various sizes growing along the three hundred feet wide backside of the Aquatic Center. So many seeds but so few trees: what has contributed to this situation?
Two influences relate to location. These include the shade of the dominant tree and the pine needles lying beneath it. A light meter at ground level shows that the amount of sunlight may be only one-fourth of what reaches the top of the tree. Seeds fluttering down to land under the tree are in shade but need direct sunlight to grow. The depth of pine needles falling from the tree may be a few inches deep. The pine needles may last two or three years before completely decomposing. Seeds end up laying above the soil that is needed for germination and are in plain view for any hungry bird or squirrel.
Two more influences relate to climate: moisture and temperature. The total amount of moisture for germination and how it arrives in the first months of spring makes a difference. Seeds that receive smaller amounts of water repeatedly during a month are more successful in growing compared to seeds that receive one large watering, such as occurs with a summer thunderstorm. Even with watering spread throughout a month, only about 45 percent of the seeds successfully germinate. The timing of temperature has an impact. Seeds need a period of freezing temperatures during the winter. However they die if freezing temperatures occur after germination in the warmth of springtime, as may occur when a late winter cold front arrives.
The seeds of a ponderosa tree are food for a great variety of animals and birds. Pocket gophers eat underground. Rabbits, porcupines and deer graze at ground level.  Squirrels, chipmunks and mice eat above the ground. Woodpeckers create holes in the trunk while looking for insects. Turkeys use smaller ponderosa tree branches for their nests.
A number of insects dwell in different parts of a ponderosa tree. The larvae of Dendroctonus bark beetles eat the phloem growing underneath the bark. The beetles also bring a blue fungus that grows in the tree. Several kinds of moth larva eat the buds and shoots of young trees. The caterpillar larvae of the Pandora moth and pine butterfly periodically defoliate trees. In all, over 200 kinds of insects have been identified that dine and breed upon ponderosa pine trees in various ways.
If the preceding were not enough, there are several species of fungus that kill the roots or grow in the central core of ponderosa trees. There are other fungal parasites call rusts that live in the needles.
A tree cannot move to a better location to avoid the preceding kinds of adversity. The production of a large number of seeds therefore represents an evolutionary adaptation. A few seeds survive to grow to maturity. They are among the fortunate few among the very many.
Good Neighbors: Mycorrhizal Fungi
Ponderosa trees fortunately do not have to go it alone entirely. Some species of mycorrhizal fungi are helpful neighbors. Symbiotic relationships develop between ponderosa trees and these fungi. The mycelium threads of the mycorrhizal fungi grow around and penetrate into the root tips of a tree. This establishes a two-way relationship.
The fungal mycelium grows throughout the soil as it connects with the tree roots. It now helps the tree by bringing mineral nutrients and water back to the root tips of the ponderosa tree. The mycelium is acting like an additional root system for the tree. The fungi also protects the roots from pathogens that otherwise would be harming the tree.
However the fungi cannot generate food for itself from photosynthesis. They are underground away from sunlight. They do not have chlorophyll in their makeup even if exposed to sunlight. The ponderosa tree instead sends sugary carbohydrates down to its roots and the waiting fungi.
Research shows that young ponderosa trees that have mycorrhizal fungi growing to their roots have a 93 percent survival rate compared a 41 percent rate for trees without. (This result is based on a research setting that provides otherwise ideal growing conditions —no hungry animals and insects, no harmful fungi, no poor soil or bad weather.) A ponderosa tree that is among the fortunate few to survive may achieve this because mycorrhizal fungi are present.
Things can become even better for a ponderosa tree. The mycelium that grows through the soil may connect with the root tips of other trees. One tree now may have its photosynthetic nutrients transported by the mycelium to another tree that is in need. Chemical warnings can be sent from a stressed tree to others via the mycelium network. The extensiveness of a mycorrhizal network is remarkable. A teaspoon of forest soil may contain miles of the hyphae that make up the mycelium network. A single fungus may grow for miles as the years pass.
A reference article: https://en.wikipedia.org/wiki/Arbuscular_mycorrhiza 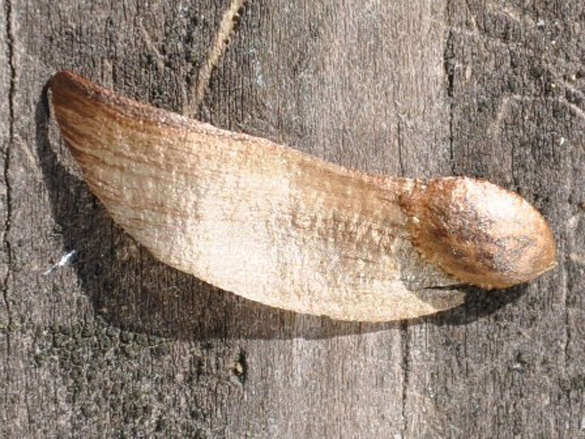 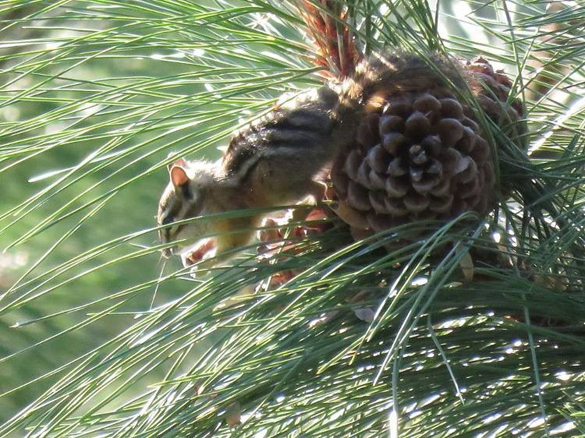 A chipmunk dining on the seeds of an open cone. Photo by Susan Ballinger 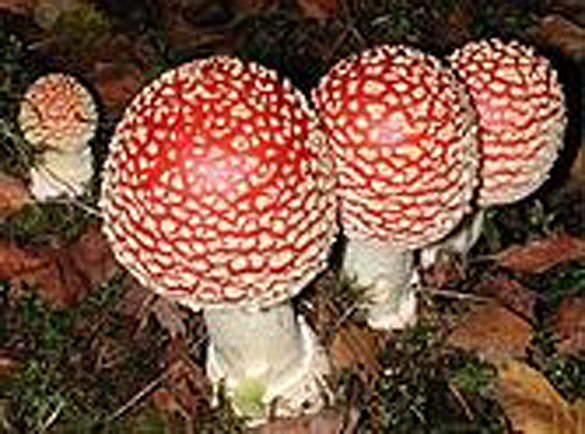 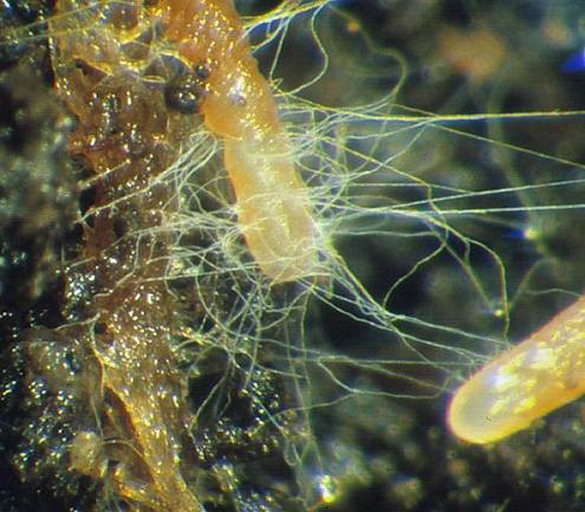