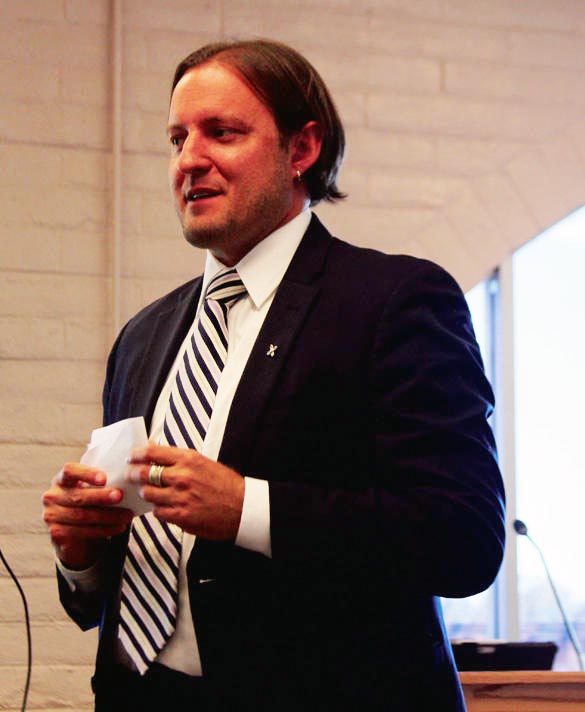 The New Mexico Public Education Department (PED) appeared to backpedal Tuesday on proposed changes to the New Mexico Science Education Standards, which are at odds with the Next Generation Science Standards developed by a consortium of states and the National Academy of Sciences.

New Mexico would be the 19th state to adopt the Standards.

More than 200 people traveled Monday to Santa Fe for the single public hearing on the Science Standards. No one spoke in favor of the PED’s proposed changes to the Next Generation model. The new standards have provoked a firestorm of protest from the education and scientific communities. Most of the controversy centers on the way evolution is presented and on global warming, for example, replacing “rise” in global temperatures with “fluctuations” in temperature.

Due to a fire false alarm and the large number of people signed up speak, many were not heard at Monday’s meeting, including Los Alamos Public Schools Superintendent Kurt Steinhaus and School Board Vice President Andrea Cunningham. School Board Secretary Ellen Ben-Naim and physicist and LANL Fellow Dr. Robert Ecke were among those who spoke in opposition to the changes.

In a press release, Public Education Secretary Christopher Ruszkowski announced Tuesday several changes to the final version of the state science education standards. Ruszowski said final standards will restore references to the 4.6 billion-year age of the Earth, the rise in global temperatures over the past century and the process of evolution due to genetic variation. A complete version of the final standards was not released.

“The New Mexico Stem-Ready Science proposal discussed this past month was built considering standards adopted in other states as well as input from New Mexicans,” Ruszowski said. “Many states that have adopted higher standards have made adjustments based upon input from their communities. New Mexico is no different … we have listened to the thoughtful input received and will incorporate many of the suggestions into the New Mexico Standards.”

According to PED, the final standards will include the following changes:

“This is a step in the right direction, but I don’t think it goes far enough,” Ecke said of the proposed PED changes issued Tuesday. “While it does take away some of the most egregious things, there is no reason for picking and choosing. What the scientific community would like is for the PED not to fiddle with the Next Generation Standards.”

It was gratifying to see that PED was listening on Monday, he said. Ecke was especially impressed by the number of articulate students who testified.

“They want the straight story on science,” Ecke said.

State Rep. Stephanie Garcia Richard who represents Los Alamos echoed Ecke’s sentiment that the Next Generation Standards should be adopted in full.

Superintendent Steinhaus said he is pleased that PED is listening to the feedback from around the state.

The Los Alamos School Board was one of the first out of the gate in support of adopting the Next General Science Standards in full, Steinhaus said.

Steinhaus is adopting a “wait and see” approach to the final PED Science Standards.

“I’m anxious to see what PED comes up with,” he said.

“Secretary-Designate Christopher Ruszkowski’s late-night announcement of a second round of changes to New Mexico’s science standards still fails to meet the demands of 21st century science education, and jeopardizes New Mexico’s students and schools,” Bernstein said in a press release. “With Mr. Ruszkowski opting to remove only the two or three most egregious proposals, he is attempting to distract New Mexicans from the fact his proposed standards still are overly burdensome for educators and students, and his kowtowing to the fossil fuel industry in our State. Additionally, Mr. Ruszkowski still refuses to disclose who exactly contributed the proposed changes, depriving New Mexicans from knowing who is influencing education in our State.”

This battle is far from over. PED has not announced when the final science standards will be released. Pressure from educators and the scientific community to adopt the Next Generation Standards in full is sure to continue.