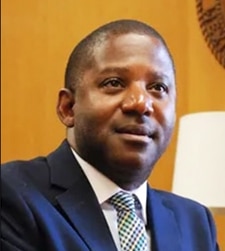 SANTA FE — A Public Education Department (PED) program to prevent students from slipping through the cracks during the pandemic provided free academic coaching to nearly 16,000 students over the last year, and 71 percent of high school seniors in the program graduated.

A report released Thursday also said that since the ENGAGE New Mexico program began in spring 2020:

“This program was vital to helping New Mexico students conquer the obstacles that prevented them from learning during the pandemic,” Public Education Secretary Ryan Stewart said. “With an academic coach to help them, these students improved their grades and attendance just as we expected.”

The Public Education Department contracted with Graduation Alliance early in the pandemic to operate ENGAGE New Mexico with a focus on re-enrolling high school students who had disengaged from school as a result of the pandemic, were chronically absent, were considered academically at risk, were homeless or in foster care, or who requested additional support.

The program continued to expand over the pandemic year and eventually served students from kindergarten through 12th grade.

“We knew that for many students and their families, going from a structured classroom setting to learning from home was going to be a very big challenge. It makes perfect sense that some families needed help during this transition,” said Deputy Secretary Gwen Perea Warniment, who oversaw the program.

Of New Mexico’s 187 districts and state-chartered schools, 134 opted in to the program and referred a total of 38,515 students over the year. ENGAGE New Mexico workers reached out to  those families by phone, email, text, social media and U.S. mail offering academic coaching. Almost 70 percent of those who responded to that outreach accepted coaching.

Students who opted-in to coaching were asked a series of questions to help outreach counselors assign them to the appropriate intervention support level:

“New Mexico led the nation in recognizing the need for additional supports for students and families and committed the resources required to ensure every student and family who wanted assistance had it,” said Rebekah Richards, co-founder and chief strategy officer for Graduation Alliance, a national company that partners with government agencies and educators across the U.S. to recruit, re-enroll, educate and mentor students.

ENGAGE New Mexico had no access to attendance and grade data for the students who got coaching. Instead, it conducted surveys of districts, parents and students to gauge the program’s success.

Survey results indicate high percentages of each group report that participating students had maintained or increased engagement in school:

Additionally, 91 percent of participating 6th through 12th graders reported they had either maintained or improved their grades, and districts reported a 71 percent graduation rate for participating seniors. The report summarizes Graduation Alliance’s yearlong, $3 million contract.