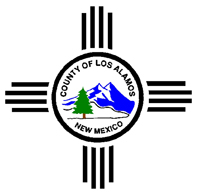 The Parks & Recreation Board will host a special public meeting as part of their next Board meeting in July, to address concerns regarding the Animal Control Ordinance and dogs off leash in County parks or athletic fields.

Parks, Recreation and Open Space Division Manager Randy Smith and Chris Wilson, who will be replacing Smith at the end of July when he retires, will present draft rules and regulations governing dogs and park use at the Board meeting set for 5:30 p.m. Thursday, July 9.

The Board meeting has been moved to Council Chambers in anticipation of a large audience that evening. The rules to be discussed with the Board are in response to recent concerns voiced by soccer teams, coaches and parents about a variety of issues that need to be addressed in County parks, with a specific focus on Community Center Park located near Peach and Nectar Street.

In recent years, dogs off leash activities in this particular park have increased at the same time that use of the park as a soccer field has increased, resulting in incompatible uses. Community Center Park is listed in the Parks Master Plan as a Community Soccer Field and will soon be re-signed as such, with certain amenities such as a Dogi-Pot waste station, dog drinking fountain and dog-friendly access gates being removed as part of the park’s turf and irrigation project currently underway.

The Board is hosting the meeting in an effort to reconcile issues between dog owners and athletic field users prior to reopening Community Soccer Field in August, as well as to generally address increasing issues with dogs and County parks that have arisen since 2006, which was the last time that significant changes were made regarding dogs and parks within the Animal Control Ordinance.

In 2006, the topic of dogs and parks received heightened attention and was discussed with members of a County-appointed Animal Control Task Force, made up of citizens, County staff and councilors. The Task Force held numerous public meetings and provided opportunities for public input for several months before the Animal Control Ordinance was adopted by the Council. The Parks Division has the authority to set rules under the Animal Control Ordinance (Section 6-4(g)), but has not undertaken that task since 2006.

Staff desires to solicit public feedback through the Board prior to issuing a final set of rules, in order to reflect and balance needs of dog owners with needs of athletic field users as much as possible.

The Board meeting is intended to be a public listening session July 9. It will include a review of the current Ordinance section pertaining to parks and dogs, along with a review of the park maps for Voice & Sight Control areas, followed by Smith’s presentation of the new rules and regulations. The Board will then open the floor to public comment. At the conclusion of public comment, the Board will briefly discuss comments and make their own suggested changes to the rules but will not take any action that evening. Residents are asked to consider their opinion about a number of identified issues that have arisen prior to attending the July 9 meeting, which include, but are not limited to:

Rules specific to the two dog parks at East Park and Overlook Park already exist and are posted at the dog parks, but will also be reviewed with the public for possible additions, edits to language or deletions, since the parks have been in use for several years without an opportunity for formal public feedback. Some users of the dog parks have voiced concerns about the responsibilities of dog owners inside the parks, such as a lack of control over a dog, owners failing to pick up after dogs, or unattended dogs.

Dog owners and athletic field users are highly encouraged to attend this meeting July 9; however, residents unable to attend may still comment before or after the meeting. The rules will be available for the public to review in advance of the Board meeting when the agenda is published on Monday, July 6. Following the discussion with the Board, the Parks Division will post the rules on the County’s Open Forum Friday, July 10. The forum will remain open until noon Monday, July 27. Members of the public without computer or internet access are welcome to drop off written comments at the 311 Customer Care Center in the Municipal Building or the Aquatic Center front desk until the deadline.

Verbal comments can also be phoned in to the 311 Customer Care Center by dialing 311 from a land line or 505.662.8333 from a cell phone. Residents can also speak to their councilors about any concerns they have about the rules at the Council-hosted booth during the Farmers’ Market 9-11 a.m. Thursday, July 23. Parks and Recreation Board members plan to join the Council in their booth to listen to public comments as well.

The Board will review all comments received and then consider final adoption of the new rules at their regularly scheduled meeting at 5:30 p.m. Thursday, Aug. 13 in Council Chambers at the Municipal Building. Board meetings are public meetings and the public is welcome to attend the August meeting.

Once adopted, the Parks Division anticipates working with the Los Alamos Police Department to enforce the rules in County parks and athletic fields, with significant public outreach and education as part of that new enforcement. The Parks Division will also schedule a review of the rules and regulations every other year as a scheduled Board agenda item, to increase formal opportunities for public feedback for further adjustments or refinements needed to continue to balance the needs of dog owners and parks/fields users.

Please note that the Board will not entertain public comment regarding other aspects of the Ordinance such as barking dogs, dogs off leash in residential areas, trapping on County lands, or other non-Park activities that fall under the Ordinance.

To access the portion of the County Municipal Code containing the Animal Control Ordinance that will be part of Board discussions July 9, link to www.losalamosnm.us and click on the Municipal Code link, then enter search criteria for “animal control.”