Palace Of The Governors Closing For Six Months 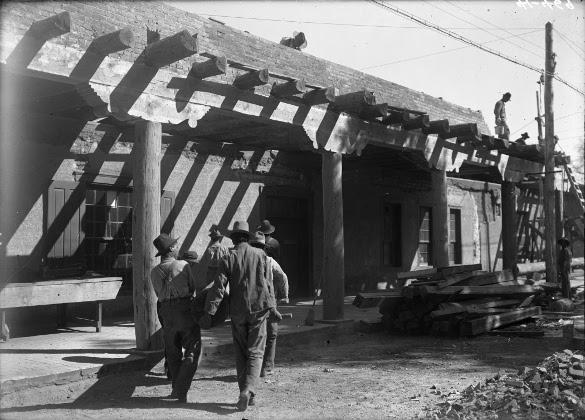 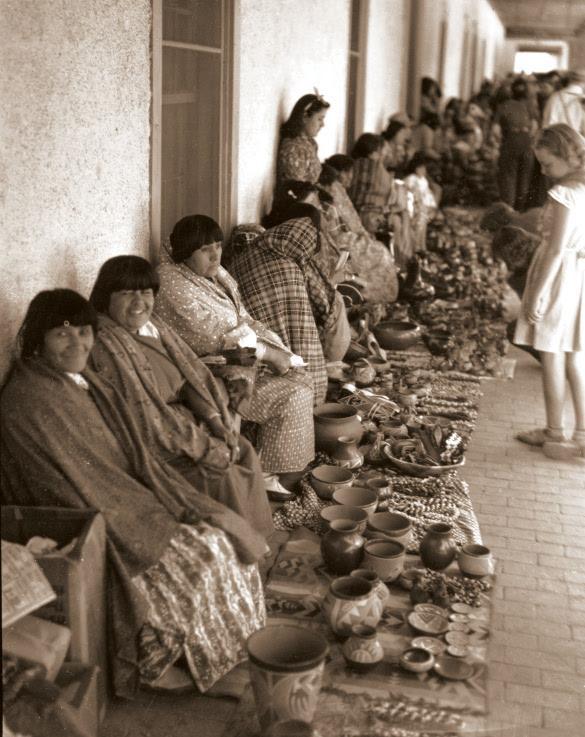 Native American vendors on the Palace portal. Courtesy photo
STATE News:
SANTA FE ― The historic Palace of the Governors in Santa Fe will close to the public for six months beginning in August as the next phase of the multi-year remodeling project commences.
The remodeling project began in 2016-2017 with new exterior stucco and plaster. The New Mexico History Museum, the Palace Press, the History Library and Photo Archives remain open throughout the duration of the Palace closure.
The Palace will close Aug. 1 for the installation of a comprehensive HVAC (Heating-Ventilation-Air Conditioning) system and fire safety construction. The temporary closure for this installation also require the complete deinstallation of all of the Palace exhibits and will allow the History Museum’s curators and educators to rethink the Palace’s interpretive plan, which has not been updated for at least 10 years, with some exhibits dating back to the 1970s.
“The Palace of the Governors is a National Historic Landmark and in 2014 was designated a National Treasure by the National Trust for Historic Preservation,” said Executive Director Dr. Andrew Wulf of the New Mexico History Museum and the Palace of the Governors. “It is the Palace of the people of New Mexico and has played a significant role in the lives of our communities since it was first built in 1610, as the seat of the northern most region of what was then New Spain.”
Following The Secretary of the Interior’s Standards for the Treatment of Historic Properties with Guidelines for Preserving, Rehabilitating, Restoring and Reconstructing Historic Buildings, staff are working to ensure they identify, retain and preserve historic materials and features.
The Palace of the Governors will reopen in spring 2019. During its six-month closure, the Palace will open for a monthly open house for the community to enjoy the Palace in the Raw lecture series, a multi-date event which begins in early October of this year.
Exhibitions planned for spring 2019 in the Palace include the story of Dominguez and Escalante and the formation of the Old Spanish Trail, which started at the doorstep of the Palace, as well as a contemporary art exhibition of works by Native American artists who will address the themes of revolt, empire, and reconciliation.
Spring 2019 also will feature a symposium in partnership with the Indian Arts Research Center at SAR, the School for Advanced Research. 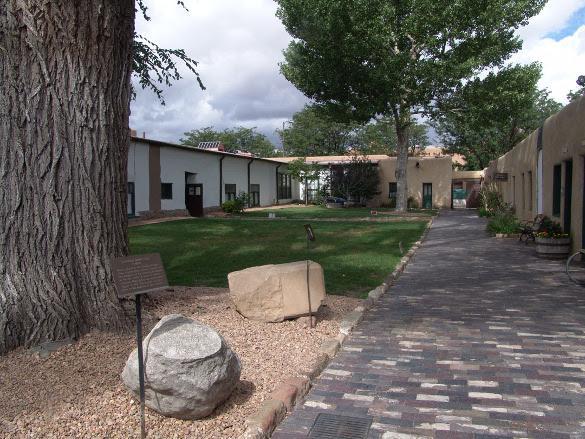