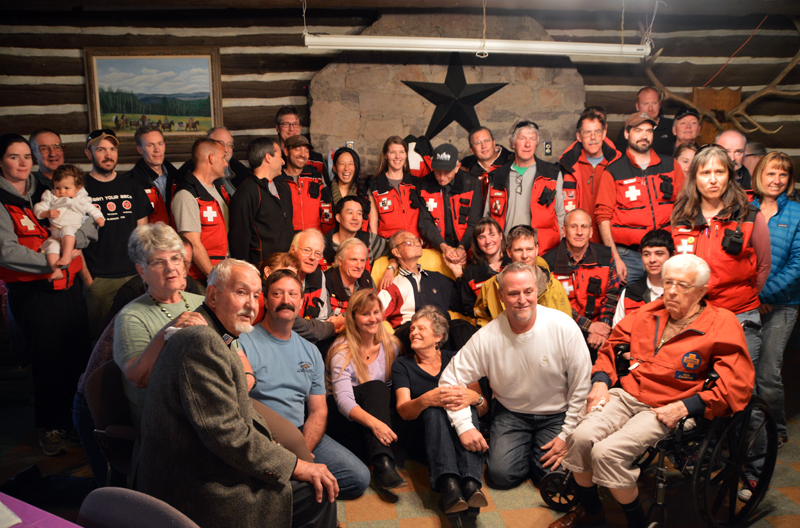 Honored for 40 years of dedicated volunteer service, retired ski patroller Boyd Sherwood is surrounded by current and former ski patrollers, his wife of 55 years, Mary Lou, daughter Kim and sons Dan and Allen at a special event Sunday at the Posse Lodge. Photo by Carol A. Clark/ladailypost.com

Skaggs recalled how in 1979, a cat climbed a power pole near the Sherwood’s home. The Los Alamos Fire Department was called to rescue the cat and the firefighter who climbed up to retrieve the cat was electrocuted and fell off the ladder. Boyd, his wife Mary Lou and their son Allen administered CPR, which saved the firefighter’s life, he said. For this, the three received the Purple Merit Star.

“Boyd was nominated for national appointment in 1980 by Barbara Skaggs, the most recent recipient of that honor and was national number 5908 in the spring of 1980,” Skaggs said. “This is equivalent to becoming a fellow in most professional societies. It is a mark of significant accomplishment in all areas of winter patrolling including first aid, toboggan handling, administering daily assignments, expanding ones field of knowledge with avalanche and mountaineering, search and rescue and other winter duties.”

In June of 1984, after several years of shepherding the Junior Patrol at Los Alamos and bringing in more juniors throughout the southwest region, Sherwood and his wife were awarded another Award of Appreciation. He was elected patrol leader of the Los Alamos Ski Patrol in 1985.

“In 2001, Garry Schott, one of our former patrol leaders, was descending the steps from the deck of the lodge and suffered a heart attack,” Skaggs recalled. “Quick on the scene was Boyd who received another Purple Merit Star for attempting to save his life at the bottom of the steps and again in the patrol room.”

“I think Boyd may be the only one on our patrol who has received both awards,” he said.

“Some of you young patrollers probably know him as Father Time or Old Grumpy, but I think that his 40 year career on the Pajarito Mountain Ski Patrol, as a member of the Rocky Mountain Division contributing his time and talent to the Junior Patroller Program and his continuing to serve above and beyond just Los Alamos, he is one of our most distinguished and honored patrollers,” Skaggs said.

Sherwood spoke at Sunday’s event of his love for the Ski Patrol and of the mountain and how he treasures the many years he spent there with the group. 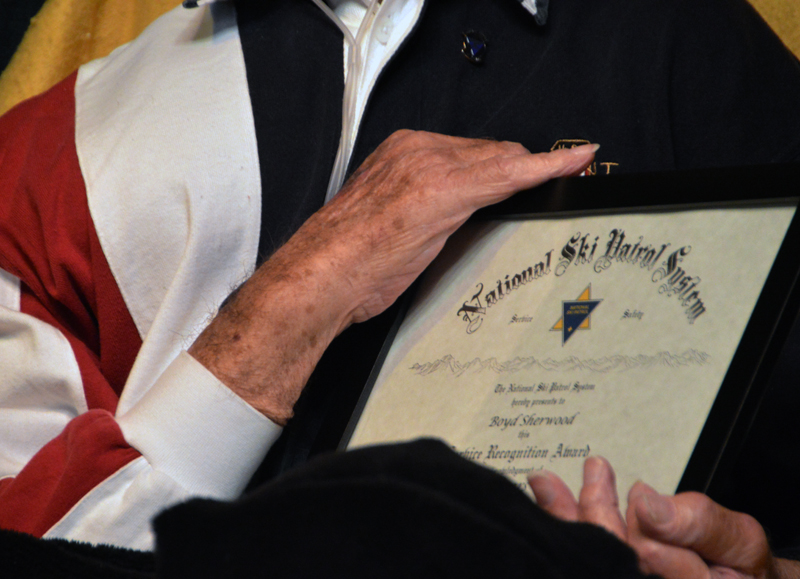 Boyd Sherwood holds the Service Recognition Award he received Sunday for his 40 years of dedicated and humanitarian service from the National Ski Patrol System. Photo by Carol A. Clark/ladailypost.com 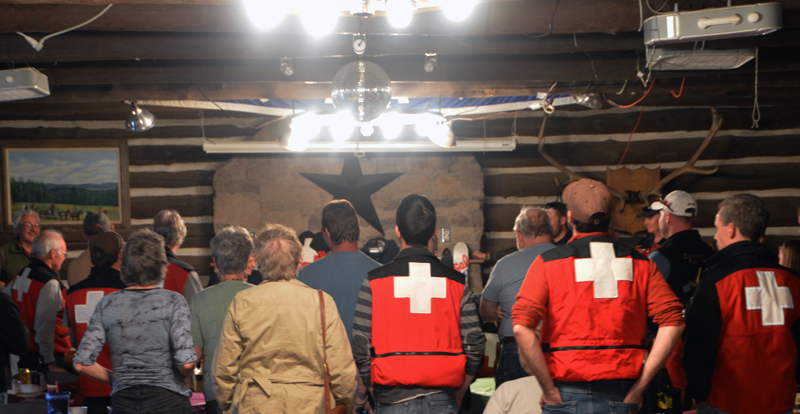 The crowd listens as Boyd Sherwood speaks of his life in the Pajarito Ski Patrol. Photo by Carol A. Clark/ladailypost.com 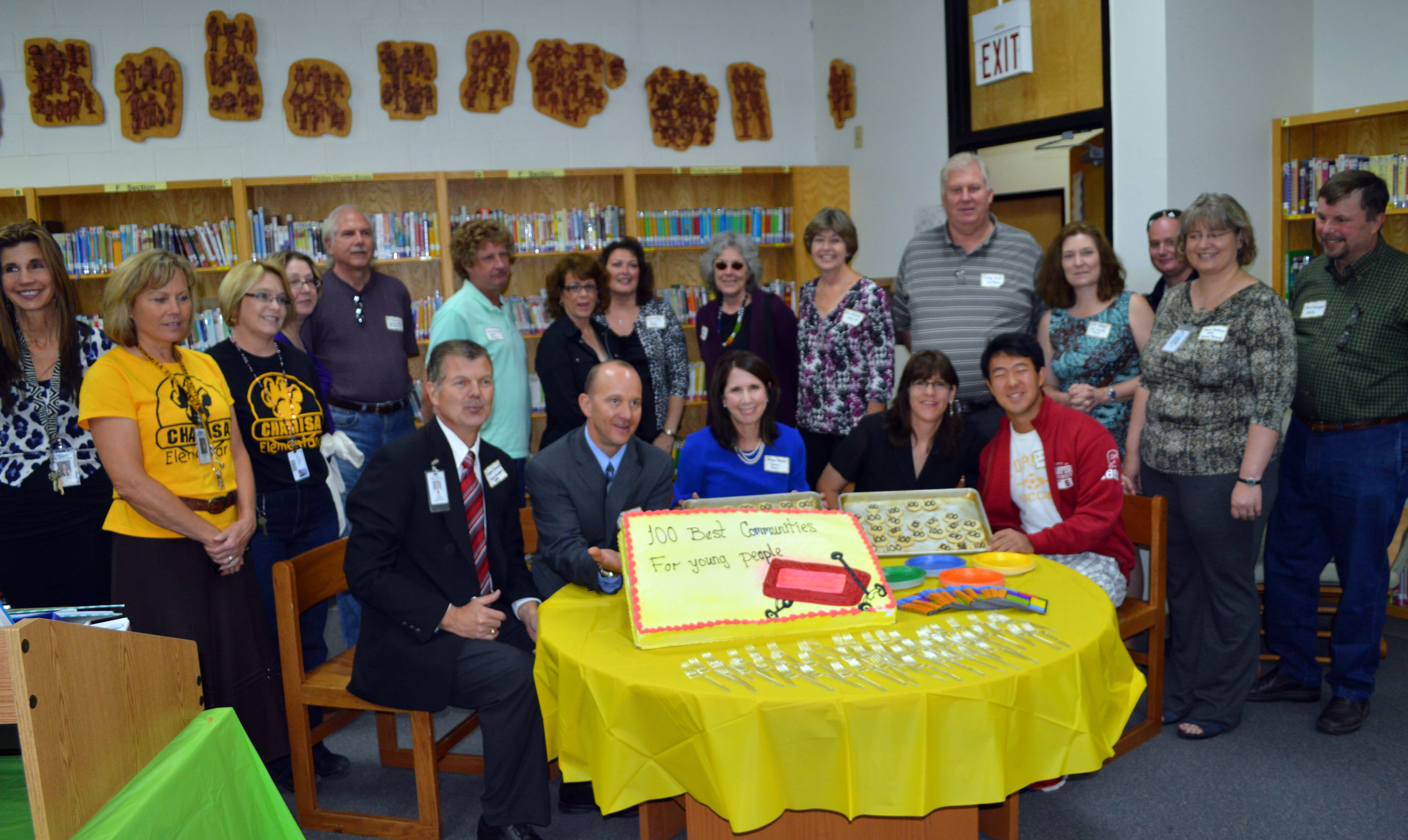 Friends filled several tables with cakes and other desserts, many types of lunch entres, side dishes and beverages at Sunday’s gathering in honor of Boyd Sherwood at the Posse Lodge. Photo by Carol A. Clark/ladailypost.com