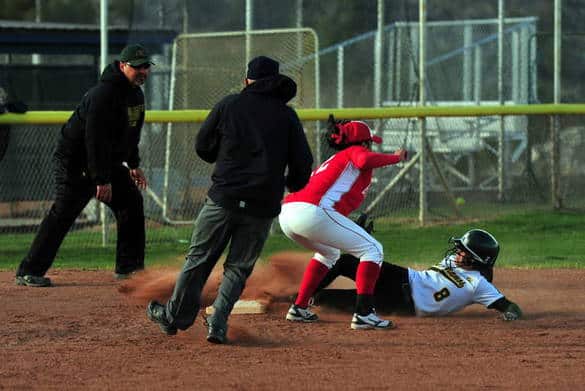 A ground breaking outreach program is being launched this winter at Pajarito Mountain Ski Area in Los Alamos, which organizers, Director Of the Native Nations Sports Ambassador Program, David Vosburgh and Founder Jean Cornell working along with Suzy Chaffee of Native American Olympic Team Foundation hope will make it possible for more Native American youth and their chaperones to enjoy skiing and snowboarding.

“Those with proper tribal membership IDs can purchase a full-day lift ticket, including rentals, for a flat fee of $25, a discount of 30 to 60 percent off regular daily rates Friday to Sunday and holidays. The offer is valid throughout the 2013-14 ski season including holiday periods,” said Tom Long, Pajarito Mountain General Manager.

“She is excited about skiing with the kids,” said David Vosburgh, who helped organize the Pajarito program. “We are inviting school groups of 20 to 70 (including chaperones) from any of New Mexico’s 19 Pueblos for a special weekday learn-to-ski program at Pajarito Mountain which provides rental equipment, lift tickets, and two-hour lessons for $25 total,” he said.

This tribal ski outreach is facilitated by the Native American Olympic Team Foundation (NAOTF.org), co-founded by Chaffee in 1996 in Telluride, Colo.

“I saw the light after teaching Daniel Rollingbears Quintana, a Tewa Pueblo-Lakota, to ski with a ticket from TelSki, which inspired him to lead a prayer song that saved their Christmas,” Chaffee said. “Owner Ron Allred gave him a season pass and wanted to hire him, but Rollingbears said, ‘We’d like to start a Ute Ski Program in their ancestral mountains.’ Allred and local General Schwarzkopf agreed ‘this is a good way to honor and heal the past and start a new beginning,’ which snowballed.”

“The magnitude of Pajarito’s outreach is unprecedented,” Chaffee said.” NAOTF has been enlightening and inspiring mountain communities across North America to share the fun of skiing and snowboarding with tribal youth on over a million acres of their ancestral mountains, which is helping heal our National Wound.”

According to Chaffee, a tribal advocate, 10 years ago Sen. Tom Udall and the late Secretary of the Interior Stuart Udall encouraged more ski areas to follow in the moccasins of the Taos Ski Bowl, since it also supports the National Forest Service’s mandate to provide opportunities for Native Americans on forestlands.

“Secretary Udall told me, ‘There’s hope for humanity since people are beginning to listen to the wisdom of the Native Americans.’ See what JFK passionately wrote about this. (http://snow-riders.org/info_pages/jfkintro.html) So hail to ski areas like Pajarito, Taos, Telluride, and Mammoth for pioneering America’s joyful snow bridge to unity,” Chaffee said.

The ski program at Pajarito is also the start of Native Nations Sports Ambassador Program, which will include a gymnastic outreach, said Founder Jean Cornell of the program to promote sports diplomacy and mutual appreciation between cultures. Thanks to a joint project with Los Alamos High Flyers Gymnastics, Native American children in northern New Mexico may also have a chance to participate in local gymnastics programs in 2014. Project presentation and the launch of a festival for fundraising are planned for Jan. 3.

“The secret to being a top freestyler, free skier, snowboarder, or racer is gymnastics training,” said Chaffee, who still provides a statuesque presence on the slopes, thanks to a love of dancing down mountains and stevia.

Vosburgh, who serves as executive director of High Flyers Gymnastics said, “Sports are usually a hobby or a way of staying in shape for most people, but for some it can be way more than that. I enjoy watching kids try a sport like skiing or gymnastics and really progress in it, and some get serious and become really good. It can change their work ethic, their self-worth, and their social interactions.”

“The Apache and Taos Pueblo leaders told me that snow sports are the No. 1 motivator of our youth, so they really appreciate this, as well as job opportunities at ski areas, and many have become popular ski instructors as well as champions,” Chaffee said.

Vosburgh said, “I am especially enthusiastic about this program because of my appreciation for the Native Americans who regularly put much effort in thoughts, prayers, and actions into protecting the natural beauty of the area.”

For more information on the ski program, or to learn how experienced Native skiers and snowboarders can get into clinics and certify for instructor jobs, contact David Vosburgh at 505.500.5699, director@LAHighFlyers.com or http://www.skipajarito.com; or Suzy Chaffee through NAOTF.org.