Pajarito Reads: ‘Blaize Castle’ a Fun Read in the Style of Jane Austen

Ross, who has a life-long love affair with trains and rides often, finds her hat is a great conversation starter onboard the train. 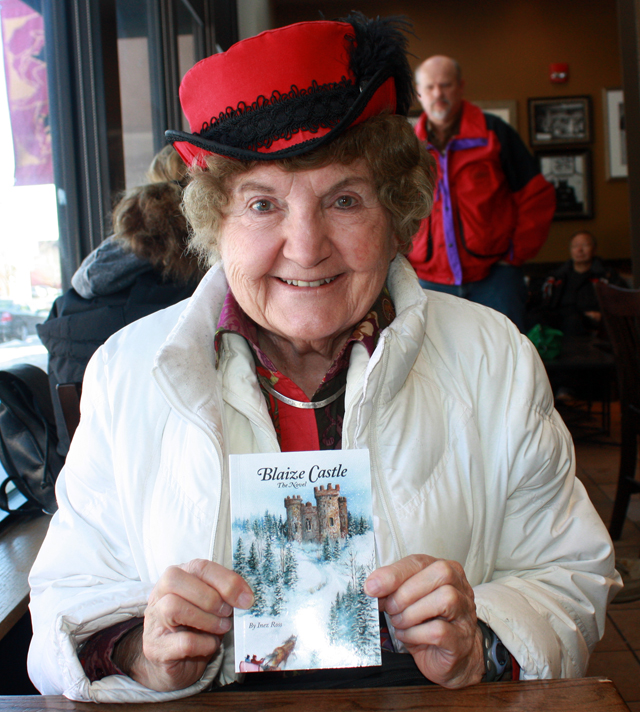 “People ask me if I’m in the Red Hat Society and I say I belong to the Black Feather Authors’ Society,” Ross said. This often leads directly to a sale.

The other secret of Ross’ success in selling her books on the train is the size. Smaller than an average paperback, her books are the perfect size for a pocket or purse and just the right length for a semi- long train ride. In addition, they are cute.

“My father was a ticket agent for the railroad and we had a pass for the train,” Ross said. “If you ride when you are a kid, it gets into your blood.”

Ross is the author of five Jane Austen-inspired romances, in addition to a number of other books. Her latest is “Blaize Castle,” a sequel to the earlier novel “Adobe Castle.”

“Blaize Castle” was published in 2012 and is available as an e-book as well as in print from Amazon.com and other book-sellers.

“Adobe Castle” is currently being adapted for a film.

In “Blaize Castle,” Heather McMarley has returned from her summer vacation at the Adobe Castle Hotel with a ring and a promise.

But her fiancé has disappeared, leaving her with only a blurred post card. She embarks on a search to find him, which takes her back to the West and into a number of adventures and mysteries.

The story takes place sometime in the 1950s or 60s, before the days when email and digital devices made finding someone a lot easier, Ross said. 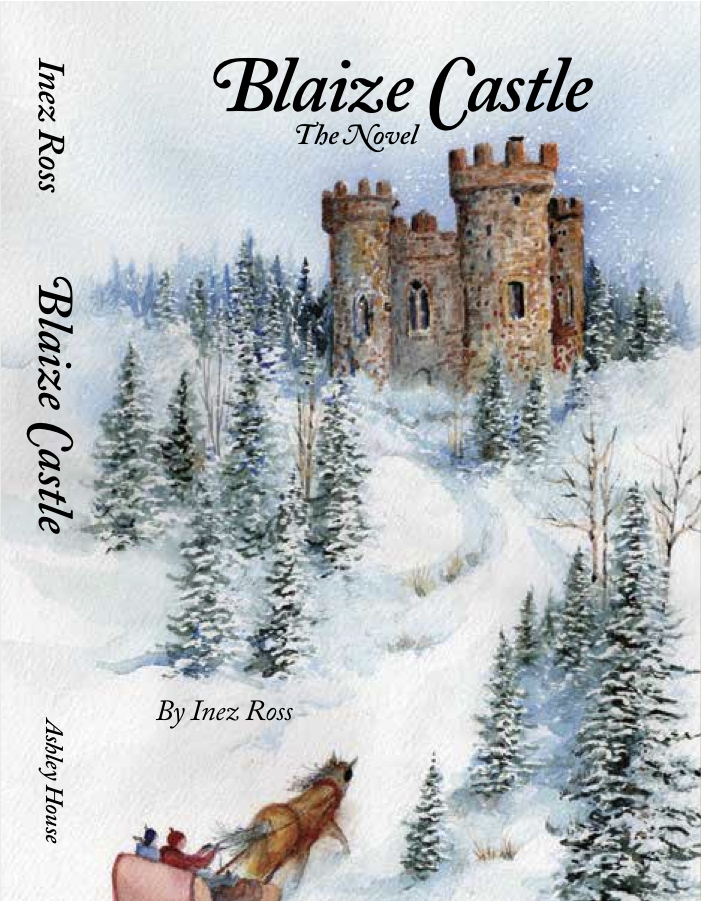 “I aim for a clean story about meeting someone and finding true love,” she said. “It’s the formula that worked so well for Jane Austen.”

Like some of Austen’s novels, “Blaize Castle” takes place in a fashionable watering hole, in this case a ski lodge near the New Mexico-Colorado border, and like Austen’s “Northanger Abbey,” from which the name “Blaize Castle” comes, the novel involves a mystery.

“I actually use a few phrases from Jane Austen’s work,” Ross said.

Ross is a member of the Jane Austen Society, which is currently celebrating the 200th anniversary of the publication of “Pride and Prejudice.”

You can’t get a new Jane Austen novel to read, but you can get Ross’ fun-to-read novels in Austen’s style.