The land around Pajarito Mountain suffered some serious scorching in the Las Conchas Fire, as evident in this August 2011 panorama. Photo by George Lawrence 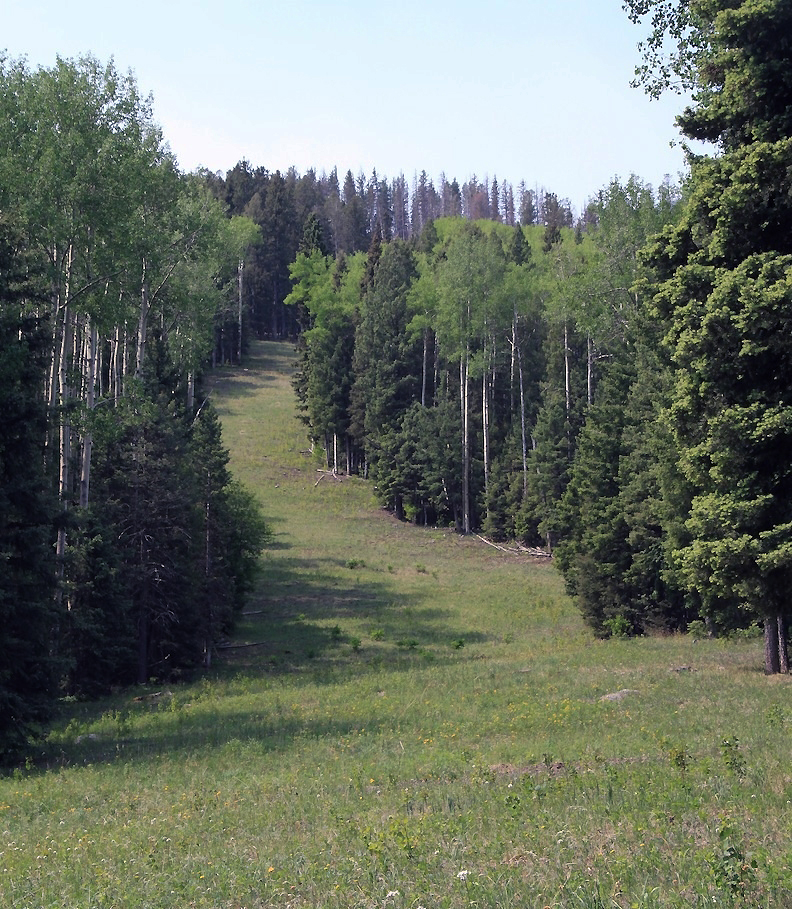 Two years later, much of the mountain is a green oasis, surrounded by the burned and recovering portions of the National Forest. Photo by George Lawrence.

Just two years ago, Pajarito Mountain Ski Area was a mess. The flames were out, but smoke was still rising, and the Las Conchas Fire had taken its toll.

The steel haul rope and chairs of the Spruce lift, oldest on the mountain, were lying on the grass. They had fallen because the upper terminal had burned. And the Townsite lift, the newest four-seater, was likewise out of commission, its upper terminal also a ruin. General Manager Tom Long was thinking “How can we ever recover from this?” The challenge was his biggest in 45 years in the ski industry.

But that was then, and this is now. Pajarito is back. 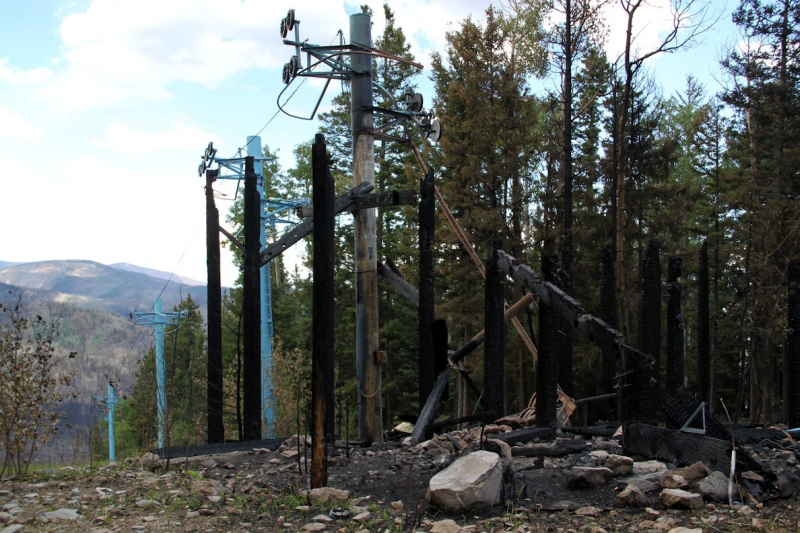 The Spruce Lift at Pajarito Ski area lay in ruins after the Las Conchas Fire. Photo by George Lawrence 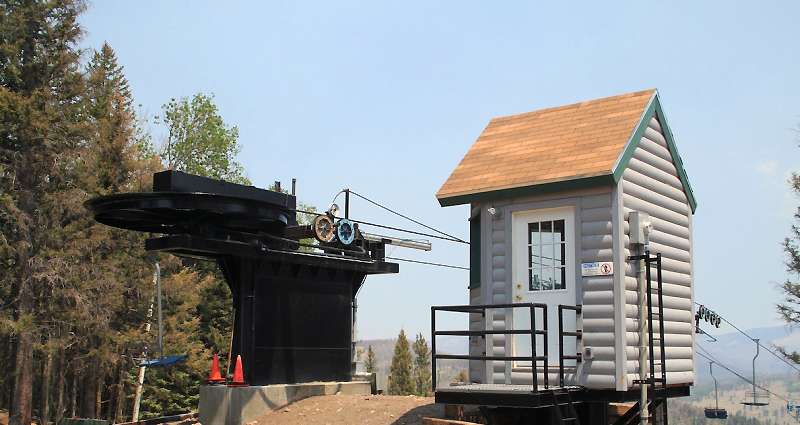 The same lift is now repaired and ready to roll. Photo by George Lawrence

Long credits his crew for “an extraordinary job with minimal staff to resurrect Pajarito from the ashes.” Both lifts are better than ever. Pajarito indeed opened – and had some days with great snow – in the two intervening seasons, but without the two eastern lifts, much of the mountain could be reached only by traversing from the undamaged Aspen lift, and skating back above the lodge. Next year will be different. Both the Spruce and Townsight lifts are ready to roll, only waiting for enough snow to kick off the 2013-2014 season.

The ski area is also ready for something it has never had – early opening with a base of artificial snow. The equipment is in place, and only one thing is still needed for snowmaking: a good spring runoff or another source of water.

Throughout the recent National Forest closure, Pajarito remained open to hikers and café visitors. The ski area is here to serve the community in all four seasons, and stays open if at all possible. Summer activities include lift-served biking and hiking, a Beer Co-op fiesta (July 27) and the fall ULLR fest (Sept. 28.) The café is open every Tuesday through Friday for lunch.

Pajarito – land, buildings, and equipment – is owned by the Los Alamos Ski Club, which celebrates its 70th anniversary this year. Membership is open to everyone living or working in Los Alamos County who invests in a membership pass. Season passes are available to every one else, irrespective of geography. Passes are on sale until July 31 at “early birdie” rates, 10 percent reduced from the pre-season, available at skipajarito.com or at the office.

Long asks that prospective members think of a pass not just in dollars and cents, but also as a commitment to a unique part of their community that they own. But the economics are indeed compelling – an adult pass, costing $360 before the deadline, pays for itself after six days at Pajarito. Even without setting foot on Pajarito, the pass is a bargain, including $900 worth of free skiing days at six other areas.