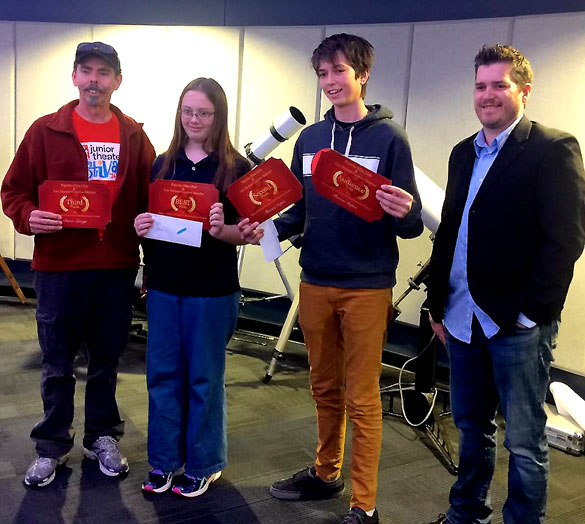 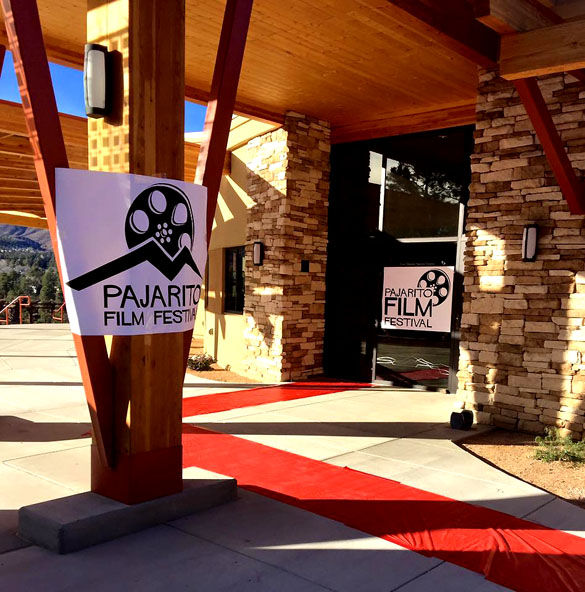 The contest challenge was to film and produce a 10-minute or less video short about Trick-or-Treat on MainStreet in a mockumentary format. A mockumentary is a type of film or television show in which fictional events are presented in documentary style to create a parody.

Three films were submitted and premiered:

First place was awarded to Kaity Burke for her entry, “Reporting for KRAZY”, which can be found on YouTube as “My entry for the Los Alamos mockumentary on Trick-or-Treat on Main street”.

Second place was awarded to Tommy Stepan for his entry “Shwugenhousin”, which also garnered the popular vote based on Facebook posts.

The winning mockumentarians were awarded prizes in the form of Chamber Checks, compliments of the Los Alamos Creative District, as well as certificates produced by film club member Mercedes Martinez.

Pajarito Film Club is a grassroots group of local residents with a variety of experience in different aspects of the film industry, who want to create a thriving film culture in Los Alamos. The club of volunteers is working with the Los Alamos Film Office, the Los Alamos Creative District and the Los Alamos Teen Center to develop a series of programs, events and opportunities to participate in the New Mexico film industry.

The next Pajarito Film Club project is about skiing at Pajarito Mountain Ski Area and details will be coming out soon!

Anyone may become a member of the Pajarito Film Club on Facebook. Just click “Like” and get information and updates on future contests, as well as future film-related activities and opportunities to participate. Facebook message Pajarito Film Club with questions.

The Pajarito Film Club would like to thank The Nature Center and PEEC for the use of the planetarium for the premier, as well as the Los Alamos Creative District, the Los Alamos Teen Center, the Los Alamos Film Office, Mercedes Martinez and IATSE Local 480 for the support in making this first contest a huge success.