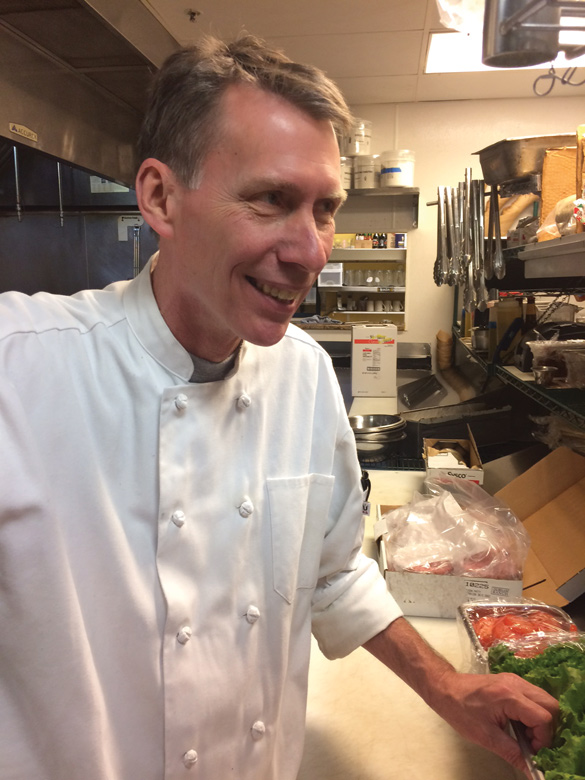 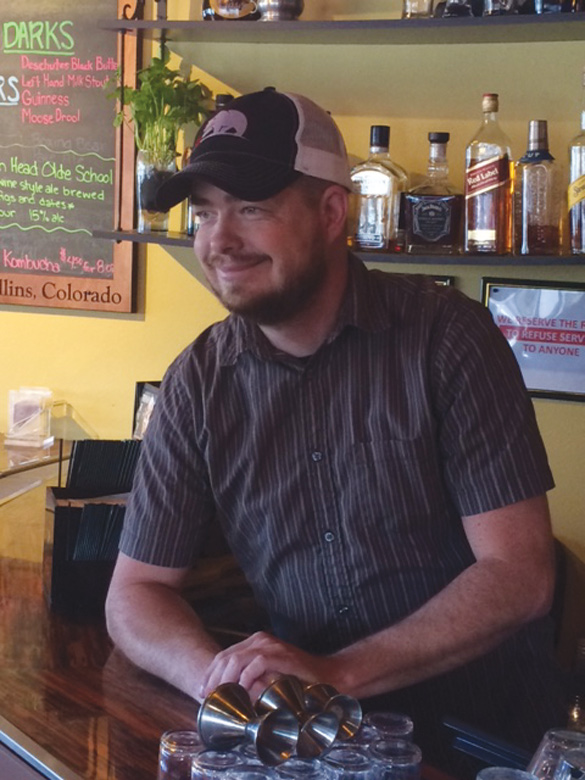 Patrick Mockler Wood chats with customers from behind the Pajarito Brewpub bar. Photo by Maire O’Neill/ladailypost.com

Brewpub owners Cathy Mockler, her son Patrick Mockler-Wood and his wife Emily said they are delighted to bring Kerpon aboard as part of their ongoing effort to bring new flavors to Los Alamos. Kerpon’s background and love of Southwestern, French, Mediterranean, eclectic and “pubby” food will certainly help with that goal.

Originally from Dallas, Kerpon has a degree in history and used to teach middle school, but says he soon lost his idealism and decided to follow his passion for cooking, literally working his way up from peeling potatoes to being one of the area’s best known chefs. Since relocating to New Mexico in 1999, he has become entrenched in community volunteerism, including 14 years on the board for the Santa Fe Wine and Chile Festival and working with the Big Brothers Big Sisters Cooking with Kids Program.

A certified sommelier, Kerpon especially enjoys pairing food with wine, beer, and spirits which he says is becoming increasingly popular.

“People are more aware of the chefs, how they cook, where the foods come from and what they are called”, he said.

Kerpon is excited about this new chapter in his life and looking forward to seeing the many people from Los Alamos who have eaten his cooking in Santa Fe. He likes to be bridge between the kitchen and the front of the house and to “put faces with the tickets”.
Mockler-Wood said the brewpub which has been open since 2012 has been offering daily specials such as tuna poke nachos made with sushi-grade tuna, elk meat loaf, and traditional New Hampshire-style clam chowder to get an idea what Los Alamos is falling in love with. Fish and chips is still the local favorite followed closely by their TA-31 all-natural local half-pound beef burgers. 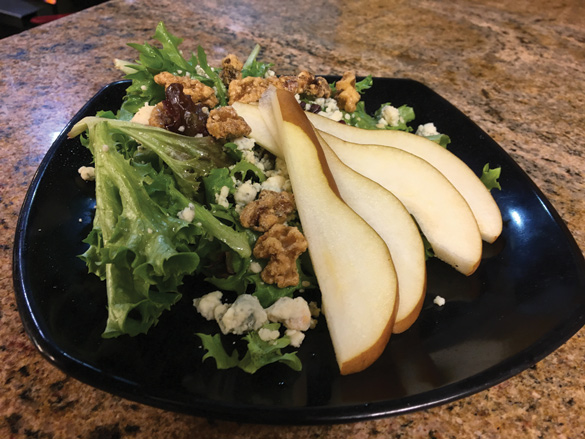 And of course, there’s the beer! Pajarito Brewpub offer more than 30 on tap and bottled beers including several regional favorites, which are constantly being changed. Mockler-Wood says they have recently more than quadrupled their selection of whiskeys, bourbons, and Irish whiskeys. New additions to the wine list are also planned. Happy hour and late night specials are being offered including a dollar off a pint of beer, well drinks, and a glass of wine from 2:30 to 5:30 p.m. and from 9 p.m. to closing.

Pajarito Brewpub also offers alcohol catering for special events. Mockler-Wood says they can set up an open or cash bar with up to three beers on tap, a well/spirits bar, a variety of wines, mixers, and soft drinks. They also supply the real or plastic glasses, napkins, and ice.

“We are really changing things up here at the Brewpub,” he said. “Stop by and enjoy what’s new.”