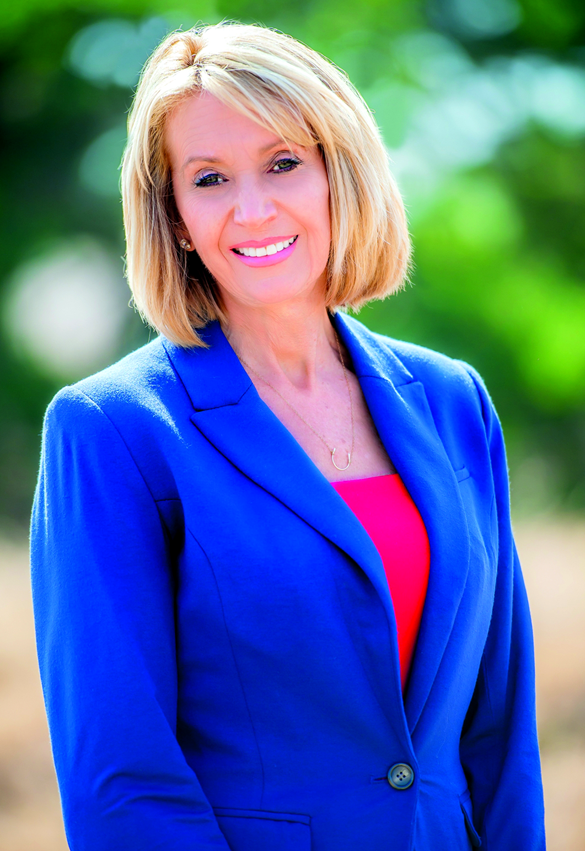 A few years back, the American geophysicist Marcia McNutt was one of three distinguished scientists who were asked by a British publication — if they could go to any time in the past, which event would they most like to see. At that time she was executive director of the U.S. Geological Survey and the question came from EarthWise, a digital magazine of the Royal Scottish Geological Society.

David Attenborough, the famous English naturalist and writer said he’d like to experience the Jurassic period (from 200 million to 145 million years ago). Iain Stewart, a Scottish geologist and president of the Royal Scottish Geographical Society answered that he would like to watch the breach and outpouring of fresh water that formed the American Great Lakes 10,000 years ago.

For her answer, Marcia McNutt, who is now president of the National Academy of Sciences and will deliver the 46th annual J. Robert Oppenheimer lecture Wednesday night in Los Alamos, chose “the Big Bang,” opting to witness the birth of the universe.

Her lecture will not be on cosmogenesis. That was last year, when multiverse and string theorist Alan Guth gave the 45th annual talk.

In a telephone interview Friday, McNutt was asked why she picked “The Big Bang,” and she explained that she likes to be where everything is happening. “I’m the kind of person that likes to observe, so a front row seat to the Big Bang… that would have been the ultimate,” she said.

To say McNutt has had an exciting career would be a hyperbolic understatement. After leaving a secure and prestigious academic professorship at MIT in 1993, she made a spectacular ascent into the heights of science leadership, as executive director of the Monterey Bay Aquarium Research Institute, then director of the U.S. Geological Survey and until three weeks ago, editor-in-chief of the Science journals.

She reached a new summit July 1, when she began a six-year term as President of the National Academy of Sciences.

Among her adventures along the way, she counts more than a dozen deep-sea expeditions and explosives training with the U.S. Navy SEALS. During her tenure at the USGS, McNutt had her hands full, responding to an unusual string of global disasters including earthquakes in Haiti and Chile, the Ejafjallajokull volcanic eruption in Iceland, Super storm Sandy in New Jersey, the quake/tidal wave combo that led to a nuclear meltdown at Fukushima in Japan, and the Deepwater Horizon oil spill in the Gulf of Mexico.

Her four years at USGS responding to global emergencies earned her the sobriquet of “master of disaster,” and added to her determination to encourage more anticipation and preparation for the inevitable ups and downs of what she likes to call “our restless planet.”

One of McNutt’s major priorities has to do with climate change, the issue at the heart of her talk this week. “I don’t believe in gambling when it comes to the planet,” she said. “That’s why we need science to inform decisions.

The subject of McNutt’s lecture on “Climate Intervention: A Last Resort? is based on two parallel studies she chaired for the NAS Committee on Geoengineering Climate that were published simultaneously earlier this year.

An interesting change in terminology can be detected, from “geoengineering” to “intervention.” Indeed, the committee was tasked with conducting “a technical evaluation of a limited number of proposed geoengineering techniques, including examples of both solar radiation management and carbon dioxide removal techniques.”

Climate reengineering, McNutt explains in her preface to the report, “is often considered a taboo subject,” and “climate engineering implies a greater level of precision and control than might be possible.” On the other hand, “climate intervention” implies an action taken to improve a situation rather than an action to restructure planetary systems, which has a much less disruptive connotation.

Although the chances of resorting to “last ditch” efforts in response to extreme hardships grow more likely the longer the policymakers of the world dither about controlling greenhouse gas emissions, there is a serious information deficit on what can, could and should be done at what point in the perilous future.

“We have brought climate intervention science out of the closet,” McNutt said last week. “It was a type of research that was a shadow science in the margins, on the cusp, behind the scenes. Only a few national laboratories had much experience in it because of a funding structure that allowed only a few program leaders to put up funds without having to go through numerous levels of jeopardy that allowed them to write a proposal on it.”

It was a “damned if you do and damned if you don’t situation,” McNutt said. Scientists couldn’t talk about it because many of their peers were saying, if they did, it would be an excuse for policy makers to drag their feet on adaptation. Why spend money on preparing for the worst, if there was a possible remedy in the works? So, the report says after many years, the silent treatment has not stopped the foot-dragging, and soon it’s going to be too late for any kind of intervention, because of the scarcity of scientific knowledge on the merits of alternative strategies.

But, McNutt also emphasizes, “if you’re going to do the research you have to deal head on with government, you have to assure the public that there are safe protocols,” governing some of the sticky matters like dual use and ethics and public safeguards.

Two companion reports examine in exemplary detail, two interventionist strategies that have been lumped together under the label “geoengineering.” One has to do with carbon dioxide removal, and the other proposes albedo modification, increasing the amount of solar radiation that is reflected back into space, a process that happens naturally, for example, as the snow-covered, white colored areas expand, more sunlight is reflected back out of the atmosphere, effectively cooling the planet.

Not all geoengineering proposals have the same risks. Carbon dioxide removal strategies, McNutt writes, “are generally of lower risk and of almost certain benefit given what is currently known of likely global emissions trajectories and the climate change future.” Carbon reduction by means of land management and reforestation appears to offer significant advantages and co-benefits; carbon capture and sequestration are thought to be premature and more problematic, unless costs and risks can be reduced in the future.

The committee found that the modified albedo approaches also show some promise for cooling. Two ideas were analyzed in detail: Marine cloud brightening to enhance reflection of sunlight and stratosphere aerosols that help reflect sunlight back into space. But in comparison to other remedies, these could only be attempted “at a currently unknown environmental price,” and much less is known about the potential complications and consequences associated with these techniques.

A thorny set of issues, of utmost importance to the world, presented by a preeminently qualified speaker – this is what makes the Oppenheimer lectures one of the most important cultural events of the year in Northern New Mexico.