On The Record: How Media Keeps Government Honest 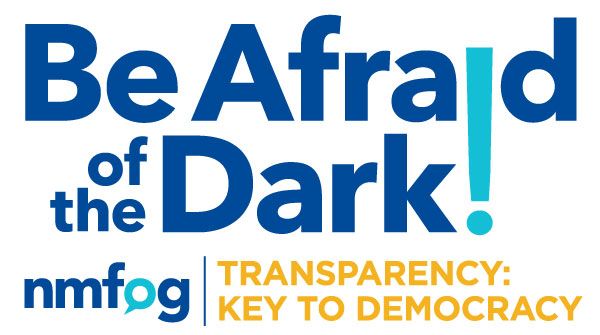 This essay is part of FOG’s ‘Transparency is the Key to Democracy’ project focused on transparency and accountability as the basis for democracy. Courtesy/FOG

The first sentence in New Mexico’s Inspection of Public Records Act Compliance Guide states, “Access to public records is one of the fundamental rights afforded to people in a democracy.”

Citizens can hold public institutions in the state to account through IPRA, and the Open Meetings Act. These acts mandate transparency. Government watchdog reporters are often able to shine a light on documents, text threads and other communication officials would rather be kept secret by filing IPRA requests or notifying the Attorney General’s Office of possible OMA violations.

How do reporters use these sunshine laws to inform the public?

Las Cruces Sun-News reporter Algernon D’Ammassa in 2019 wanted to learn more about why Greg Ewing abruptly resigned as superintendent of the Las Cruces Public Schools. Among the documents D’Ammassa requested via a public records request, were all text messages from Ewing’s work cell phone, which is paid for by taxpayers.

D’Ammassa uncovered a few amusing text message exchanges, but nothing as explosive as the texts between the superintendent and the city’s police chief unrelated to Ewing’s eventual resignation.

“Chief you told me you didn’t want the information out and you wanted it contained regarding the officer student relationship,” Ewing wrote in a text message. “I don’t operate that way and reported that immediately. … I believe in protecting innocent children.”

“You are making erroneous assumptions based on a lack of information,” then-LCPD Chief Patrick Gallagher retorted via text. “The district attorney, city manager and city attorney are well informed on the relationship issue.”

D’Ammassa continued to dig into it and after a series of other public records requests, uncovered that a Las Cruces police officer had allegedly engaged in an “intimate/sexual” relationship with an 18-year-old high school student participating in a workplace internship at the police department. The Sun-News learned that the officer resigned following an investigation and that the police department no longer participates in the internship program.

The public pays for this school-funded internship program, as well as the salaries of all employees at the police department. If this kind of alleged act — one that results in an officer’s resignation and a termination of a program — is taking place on the public dime, the public deserves to know about it. However, several high-ranking and elected officials knew about it and didn’t think it was the public’s business. Had D’Ammassa not requested the text messages, this incident may have gone unreported.

This is one of myriad IPRA queries by a New Mexico media organization that has kept governments honest. Public record requests just in Las Cruces have allowed the Sun-News to explain how the city’s tourism bureau was making employees falsify time cards to cheat them of overtime; how an engineer recommended not holding events at a downtown theater until structural repairs were made, but the city did anyway; and how the Doña Ana County Sheriff’s Department hired a major who wasn’t qualified for the position and ended up paying him big bucks for over a year while he wasn’t allowed to carry a gun or a badge.

Earlier this year, Searchlight New Mexico uncovered how the Children, Youth and Families Department was using Signal, a phone app that automatically deletes texts once they are sent. CYFD head Brian Blalock said the information staffers send through Signal is not subject to IPRA requests. How would we know? The public demands transparency for this very reason. The AG’s Office, which enforces IPRA and OMA, has advised public entities not to use Signal, or similar apps, when transferring information.

Public entities can face big fines if they violate IPRA or OMA. In 2018, freelance journalist Heath Haussamen sued the state after Spaceport America didn’t fulfill his IPRA requests. The state settled for $60,000 and the spaceport had to release the information anyway.

Citizens are busy people; they need jobs to pay rent and hobbies to keep sane. Who has time to police the policy makers? Government watchdog reporters do that work, and they do it well. These reporters build sources within government circles, attend sparsely attended public meetings and request documents via public records requests, all the while gathering evidence and asking tough questions to hold government officials accountable to the citizens they represent.

The media that employ these watchdogs — often called the Fourth Estate, or the fourth pillar of government — are quite literally a stabilizing force upon which our democracy is built.

Lucas Peerman is the news director of the Las Cruces Sun-News and a board member for the New Mexico Foundation for Open Government. He can be reached at lpeerman@lcsun-news.com. This essay is part of FOG’s Transparency is the Key to Democracy Project focused on transparency and accountability as the basis for democracy.