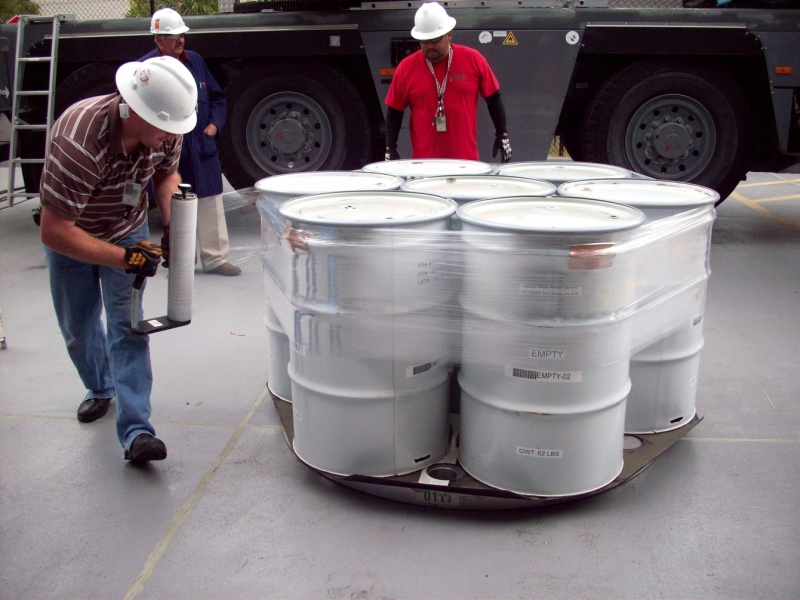 “We are in close contact with officials at the Department of Energy and WIPP, and we will continue to monitor the situation as more information becomes available. The safety of WIPP personnel and the surrounding community is of the utmost importance.”

Rep. Steave Pearce commended WIPP for acting quickly and cautiously to ensure the safety of personnel and the local community, adding that air systems had begun to automatically ventilate all air traveling to the surface Friday and employees on site were being sheltered in place as a precaution.

“It is important to note that no personnel contamination has been reported,” Pearce said. “My office remains in close contact with officials at WIPP. Full analysis of the readings is expected be available tomorrow.”

The U.S. Department of Energy has activated the Joint Information Center (JIC) at WIPP to provide public information. For updated information, members of the public may call 575.234.7380.

WIPP is the world’s third deep geological repository (after closure of Germany’s Repository for radioactive waste Morsleben and the Schacht Asse II Salt Mine) licensed to permanently dispose of transuranic radioactive waste for 10,000 years that is left from the research and production of nuclear weapons.

It is located approximately 26 miles east of Carlsbad, in an area known as the southeastern New Mexico nuclear corridor, which also includes the National Enrichment Facility near Eunice, the Waste Control Specialists low-level waste disposal facility just over the border near Andrews, Texas, and the International Isotopes, Inc. facility to be built near Eunice.

Transuranic, or TRU, waste began accumulating in the 1940s with the beginning of the nation’s nuclear defense program. As early as the 1950s, the National Academy of Sciences recommended deep disposal of long-lived TRU radioactive wastes in geologically stable formations, such as deep salt beds. Sound environmental practices and strict regulations require such wastes to be isolated to protect human health and the environment.

Bedded salt is free of fresh flowing water, easily mined, impermeable and geologically stable; an ideal medium for permanently isolating long-lived radioactive wastes from the environment. However, its most important quality in this application is the way salt rock seals all fractures and naturally closes all openings.

In 1979, Congress authorized the U.S. Department of Energy’s WIPP. The WIPP facility was constructed during the 1980s. Congress limited WIPP to the disposal of defense-generated TRU wastes. In 1998, the U.S. Environmental Protection Agency (EPA) certified WIPP for safe, long-term disposal of TRU wastes.

Generally, TRU waste consists of clothing, tools, rags, residues, debris, soil and other items contaminated with radioactive elements, mostly plutonium. These man-made elements have atomic numbers greater than uranium, thus trans-uranic, or beyond uranium on the Periodic table of Elements. There are two categories of TRU waste. Contact-handled (CH) TRU waste can be safely handled by workers under controlled conditions without any shielding other than the containers itself. CH TRU waste will make-up approximately 96 percent of the total volume of waste to be disposed at WIPP. The remaining four percent will be remote-handled TRU waste, which emits more penetrating radiation than CH TRU waste and must be handled and transported in lead-shielded casks.

Prime regulators at WIPP are the EPA and the New Mexico Environment Department. A number of other agencies, committees and panels monitor WIPP’s progress and contribute to project success.

Recovery Act Projects at Carlsbad focus the supplemental appropriations for job preservation and creation to accelerate the disposition of defense-generated TRU waste across the nation. Specifically the project entitled “TRU Waste Accelerated Disposition” involves the accelerated TRU waste characterization, certification and transportation for disposition of defense-generated TRU waste from the targeted generator and interim storage sites above and beyond the currently-approved baseline project using Recovery Act funds.