Observations Of A Fly On The Wall At The Merry Roundhouse 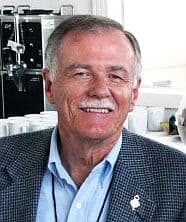 I served many of my eight years on the Los Alamos County Council as a member of its state legislative committee. In that role, I frequently visited with elected legislators (in both House and Senate), lobbyists, and staff. It was a close-up view of the legislature from the “outside.”

This year I had the opportunity to view the legislature from the “inside” as a staff member, an analyst for the House Regulatory and Public Affairs Committee (HRPAC). It was illuminating, although there were few surprises.

The basic job of legislative analysts is to study bills and provide a synopsis, the “CliffsNotes” version, to legislators. We look at intent and actual effects, issues raised, costs (in the broad sense, not just dollars), conflicts with existing statutes, technical issues, etc.

HRPAC was a great assignment. The wide range of legislation referred to it included major bills on minimum wage, state lottery, taxes, and abortion issues to not-so-major ones (all important to someone) on, for example, barber licensing and special license plates. Many were in between, updating laws on:  lobbyists, various types of medical professionals, telephone service charges, alcohol sales, sex offenders, hunting and fishing licenses, etc., etc.

The NM Legislature is not one entity; the House and Senate are remarkably separate bodies in virtually all respects, not just legislatively. They each even have their own support staffs and offices for such common services as printing, payroll, etc.

This year there was more difference than usual in political philosophy between the two houses. Republicans controlled the House and Democrats the Senate. The last time the two houses were controlled by different parties was in 1986.

The session opened with a couple noteworthy changes in operation of the House. The new speaker announced a new daily schedule for committee meetings and floor (whole House) sessions. He wanted committee hearings, especially, to be more “customer (i.e., citizen) friendly.” Too often, hearings in previous sessions had started hours late, if at all, frustrating those who had come to listen or speak. That initiative proved very popular. The second change was to keep House legislation moving. The result was that actions on House legislation were largely completed days before adjournment.

A beneficial longer-term trend has been the reduction in the sheer volume of legislation introduced. There were about 600 bills introduced in the House this session, less than half the peak number in 2007. (Numbers are down in the Senate, too, although not quite as much.) The number could easily be cut in half again with no loss in beneficial output. Many bills are throwaways.  They are introduced for particular individuals or groups (constituents, contributors, lobbyists, friends, etc.) with little expectation of passage. These just clog up the system, diverting attention from serious legislation.

Even among serious legislation, both major and minor, there were good bills and bad – from members of both parties. Some were just plain poorly thought out.

The political division between House and Senate resulted in few major or controversial bills ultimately being passed, as support tended to divide along party lines. A number of House bills with strong bipartisan support simply died on adjournment when the Senate ran out of time to consider them.

Most bills that did ultimately pass were fairly narrow in scope or minor in impact. Some corrected or modernized existing legislation or programs. Most, whatever their expressed intent, at least incrementally expanded government control or programs. Support for those was generally broader than the usual big government advocates. Most politicians (of any party) like to say “yes” whenever possible, or at least be perceived as doing so. Even many conservatives often supported bills that individually were fairly innocuous, but collectively kept government growing. Nothing new there.

Even with the more businesslike operation of the House, my sense of the NM legislative process as “chaos” was reinforced. Few legislators actually read bills, often not even the ones they sponsor. They are very busy discussing and negotiating with other legislators, lobbyists, party leadership, constituents, etc. Some are also busy at the numerous breakfasts and other events where they can be seen to support various causes. Much effort goes into personal grandstanding and political “cover,” the art of appearing to take one position while working behind the scenes to affect a different outcome.

With everyone running around politicking so frantically, the fate of some bills in committees is often affected just by which members are actually present to vote. That does not usually affect a bill’s ultimate fate; but it adds to the overall chaos along the way.

It is often said, “Laws are like sausages. It is better not to see them being made” (Otto von Bismarck’s adaptation from American poet John Godfrey Saxe). My interest is in public policy and its execution, but policy cannot be separated from the political processes by which it is formed. In that respect, the inside view of Roundhouse sausage-making was very interesting.