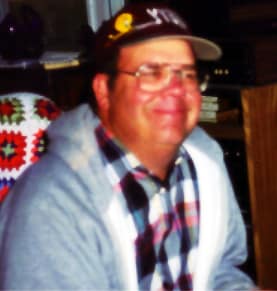 William (Bill) Edwin Eaton, age 64, passed away unexpectedly on February 14, 2018, at his home near Roswell.

He was born on October 28, 1953, at Ft. Lawton Army Hospital in Seattle, Washington. His first few years were spent in Fort Collins, Colorado, while his father Edwin (Ed) Eaton was a student at Colorado State University. In 1957, the family moved to Circleville, Ohio, where Ed was employed at the Dupont Mylar film plant. Bill completed all of his elementary school years in Circleville.

In 1966, Ed became employed at Los Alamos National Laboratory in Los Alamos, NM, and Bill completed his middle school and high school work there, graduating from Los Alamos High School in 1974. In the mid-1970’s, Bill was suddenly besieged with grand mal epileptic seizures and was placed on anti-seizure medications. Eventually, he and his good friend Tom Prince, who had physical handicaps also, learned of a State-sponsored school in Roswell, NM, where students were housed in dormitories near the old army air base and given vocational training, counseling and etc, then finally a graduation ceremony. Bill tried several jobs in Roswell, following graduation but continued to have problems with seizures.

He returned to Los Alamos after about two years in Roswell and found work in a variety of restaurants, convenience stores and gas stations. At one point, Bill also worked in the local movie theater as a film projectionist, utilizing some of the skills he had learned in high school classes related to that type of work.

As the epileptic seizures decreased in frequency, life became quite good for several years with Bill eventually living in his own mobile home in Royal Crest Mobile Home Park. He also shared his dad’s passion for old cars, at one time having a 1957 Chevy pickup, and later a 1964 Barracuda.

Bill began working with Allsups Convenience Stores and stayed with them for several years working in their stores at various locations around town. He was once held up by a man with a knife and was slashed several times on the face and neck, requiring some plastic surgery to properly heal some of his wounds.

Bill later tried other jobs, some in other convenience stores but also for some time as a security officer at the bus plant when they were manufacturing buses. He still occasionally would have a grand mal seizure, but they had become much less frequent. However, Bill was becoming more affected by equilibrium problems of vertigo. One neurologist believed that excessive use of a certain anti-seizure medication had caused shrinkage of the cerebellum in the brain, thus resulting in vertigo.

Because of the increased influence of vertigo on Bill’s ability to perform certain tasks, he retired from his then current job and applied for disability, which was granted. He then volunteered at the Roswell adult center and served there for four years. Bill has also volunteered at Eastern New Mexico Medical Center in the surgical waiting room and Bitter Lake National Wildlife Refuge.
Bill belonged to Trinity Methodist Church, Valley Vintage Motor Club and Friends of the Zoo.

Bill is survived by his parents: Edwin (Ed) And Ella (Micki) Eaton at the family home. Other survivors include his aunts: Patricia (Pat) and husband, Ron Turner of Flora Vista, NM, Marlyne Morgan of Bismarck, ND, Alice J. (Marquart) Wood of Roswell, NM, an uncle, David Marquart of Garretson, SD; several cousins; and many close friends.

There was a Viewing at Anderson Bethany Funeral Home on Thursday, February 22, 2018. A Funeral Service was held at Trinity Methodist Church on Friday, February 23, 2018. Interment followed at South Park Cemetery. Celebrate Bill’s life by visiting www.andersonbethany.com to offer a memory or expression of sympathy for his family. Bill’s family lovingly wrote this tribute in his honor.