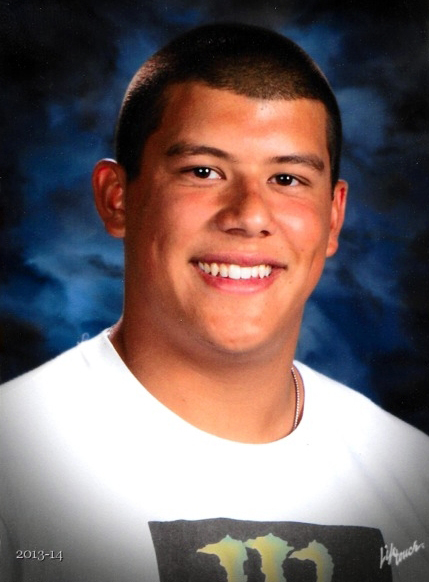 Our beloved son, Tyler, was born on March 6, 1997. He enjoyed hunting, fishing, camping, basketball, football, and especially enjoyed spending time with family and friends. He touched many hearts with his involvement in Young Life, Every 15 Minutes, Natural Helpers, lifeguarding at Canyon Vista Pool, and as a courtesy clerk at Smith’s Grocery.

He was preceded in death by his grandfather, Richard Van Anne, his great grandmother, Kathryn Miller, great grandparents, Juan and Melinda Anaya, and Edward and Elsie Chang.

All who knew Tyler loved him for his kind nature and gentle spirit. He was a beloved son, brother, and grandson. We love him deeply and will all miss him dearly.

Tyler is now with our Heavenly Father.

A rosary will be held on Friday, December 13, 2013 at Immaculate Heart of Mary in Los Alamos, NM at 9 a.m., followed by a mass at 10 a.m. Please join the family for a reception in Karen McLaughlin Hall following the services.