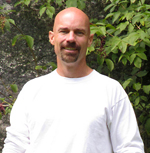 Trevor was born in Houston, TX, on July 31st, 1967. The youngest of three children, he was born to Jimmy and Sally Orr. He grew up primarily in Houston, before moving to New Mexico half way through high school. He graduated from Pecos High in 1985, and briefly studied at NMSU.

He became an active member of Capital Christian Church in Santa Fe, and went on several missions around the world. His missions included places like Iraq, Albania, and Ecuador.

In 1996 and 1998, Missy and Trevor had two more children, Emily and Landon Orr, respectively. Trevor was a hard-working and devoted husband and father. He always made time to explore the outdoors with his kids. Camping, spelunking, rock climbing, and hiking were a few of his favorite family activities. He took his kids to the annual balloon fiesta each October, a cherished memory held by each of them. In 2007, Trevor and Missy divorced but remained friends and dedicated parents.

Recent years presented substantial psychological difficulty for Trevor, and as a result he took his own life after disappearing in late August of this year.  His children do not accept his decision, but remain grateful for the sincere and important effort he made in raising them to be optimistic, humble, and loving people. Most of Trevor’s acquaintances and former colleagues remember him for his sense of humor and dedication to his family.

Trevor is survived by his mother, Sally Orr; his father and step-mother, Jimmy and Martha Orr; his sisters, Tracy and Tammy Orr; his niece, Desirae Orr; and his three children along with their mother, Missy Collier, who is also his ex wife.

A memorial service will be held on Monday, October 5th, at 1:00 PM. It will take place at Vineyard Christian Fellowship in Santa Fe, 1352 San Juan Drive. An account has been set up at Los Alamos National Bank in the name of Trevor Orr’s Children’s Education Fund.