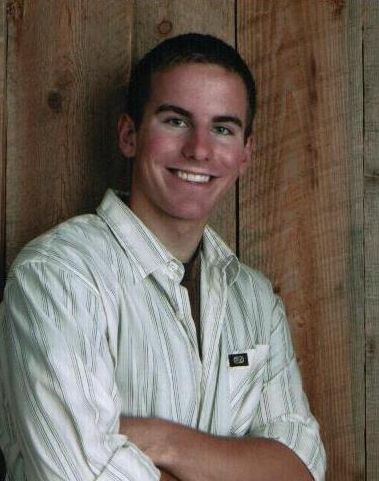 Ryan Steward, 25, passed away unexpectedly on Dec. 15, 2012. He was born in Bakersfield, California on Dec. 11, 1987. He is survived by his mother and father, Carole and Tom Steward, and his brothers Andrew and Daniel. He lived in California until 1996 when he moved to Los Alamos, New Mexico with his family.

Ryan graduated from Los Alamos High School in 2006. Ryan played many sports that satisfied his competitive spirit, including rugby, basketball, soccer, baseball, hockey, golf, snowboarding, and mud volleyball, where he was known as “pudgy digits.” His friends all knew him as “Stewy.” He started playing the guitar at age seven, and began playing in earnest in high school. He played bass guitar for several bands in high school and especially enjoyed playing acoustic guitar. After high school Ryan attended Loyola University in New Orleans, and then transferred to the University of New Mexico. He was a few credits away from graduating from UNM with a double major of English and Philosophy. Ryan was a prolific writer, working as an editor and writer for several magazines and periodicals. He was recently encouraged by his professor to publish his works of poetry. One of his recent new joys was teaching a poetry writing class at the Albuquerque Rescue Mission.

Ryan was a deep well, with broad, deep gifts. He enjoyed reading the greatest classics of literature as well as thought provoking works of philosophy and spirituality. He was often moved to profound thought, writing down his reflections, which he often used in his writing. He was a great mind and had endless talents which held limitless potential.

Ryan cared deeply for his family and friends, and was greatly loved in return. He listened well, and saw others’ true selves. Those he loved were better persons for having been loved by him. He had a radiant and infectious smile. Ryan was ferociously meticulous about everything. He recognized quality and had great style. He had a playful, mischievous nature that made him so fun to be around.

A memorial service will be held for Ryan at 1p.m. Saturday, Dec. 22, 2012 at Crossroads Bible Church at 97 East Road in Los Alamos, NM 87544. Reception will follow at the First Baptist Church of Los Alamos, 2200 Diamond Drive in Los Alamos. In lieu of flowers, the family requests donations to the Albuquerque Rescue Mission, 525 2nd St. SW, Albuquerque, NM, 87102.

The family of Ryan Steward has entrusted the care of their beloved one to DeVargas Funeral Home & Crematory of the Española Valley.  505-747-7477, www.devargasfuneral.com