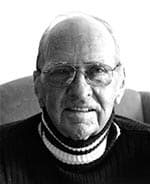 Roy Neil Hopwood of Los Alamos passed away peacefully, surrounded by his family on the morning of September 20, 2018 following a 10-month battle with cancer. He was 87 years old.

Roy was born in Fayette, Alabama and spent his childhood in Amory, Mississippi and Florence, Alabama.  He graduated high school in 1949 and moved to Los Alamos at age 18, living with his sister and brother-in-law in Los Alamos while working on his electrical apprenticeship.

In 1951, Roy was drafted into the Army’s First Armored Division, trained at Fort Hood, and was stationed in Germany during the Korean War. He returned to Los Alamos in 1953 and began working for the Zia Company. Roy worked for Zia and its successors for 56 years until his retirement as an Electrical Safety Officer in 2008.

He met Sharon Wilcox, the lovely Los Alamos school teacher who would become his beloved wife, in 1965. They were married from 1967 until the time of her death in 1989. His devotion to her continued throughout his life.

Roy was an active volunteer, giving to his community and to those in need. He ran a concession stand for the early Los Alamos Bombers Baseball Club, and helped with collection for the JFK Gate at the entrance to Sullivan Field. He served two terms on the County Personnel Board, the second term as chairman and also served on the golf course board of directors. He volunteered electrical expertise when the first chair lift was installed at Pajarito Mountain. He also volunteered at Casa Mesita Thrift Shop for two decades and ran AA meetings at the Los Alamos Police Department Detention Center for more than 10 years. Perhaps the volunteer work he was most passionate about was that he did for the Vietnam Veterans Memorial in Angel Fire where no task was too large or too small for Roy in honoring the courage and sacrifices of America’s veterans.

Roy loved the northern New Mexico landscape and its many outdoor activities, and he greatly appreciated the accepting people he met and worked with in Los Alamos. He called Los Alamos “utopia” and once he moved to Los Alamos, it was always home.

Of all the people and activities Roy loved, Roy especially delighted in spending time with his grandchildren, Michael and Elaine (“Lainey”), and always made sure to tuck gummy worm candy treats in his shirt pocket for them to find after a happy exchange of hugs. Their joy was his joy.

Roy’s warm smile, positive outlook, and heartfelt generosity will be dearly missed by his family and friends.

A memorial service will be held on Thursday, October 18th at 11:00 AM at the White Rock Baptist Church, 80 State Road 4, White Rock, NM 87547. Interment of ashes at Guaje Pines Cemetery will take place in a private ceremony at a later date. In lieu of flowers, donations may be made to the David Westphall Veterans Foundation at www.vietnamveteransmemorial.org.

The family would like to thank Christus St. Vincent Regional Medical Center, Los Alamos Medical Center, Professional Case Management, and Compassus Hospice and Palliative Care doctors, nurses, caregivers and staff, and the staff at BeeHive Homes of White Rock for caring for Roy so well.

The family invites you to visit Roy’s online memorial and photo book at www.riverafamilyfuneralhome.com. The family has entrusted the care of Roy Hopwood to Rivera Family Funerals & Cremations of Los Alamos, 1627 A Central Av, Los Alamos, NM 87544 (505) 663-6880.