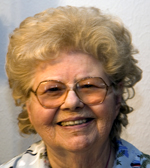 Rosemary (Rose) DuBois, loving wife, mother, and grandmother, passed away at home, attended by her family, on September 21, 2016.

Rosemary had a magnanimous heart that never ceased giving to her family, friends, and even to the earth’s creatures. She loved animals from spiders to birds, even performing CPR on birds that crashed into the windows. Her pet dogs and cats were treated to near-gourmet foods. She was always there for her family and friends. Her generosity of her time and sympathy for others will be remembered by all who knew her. 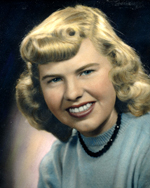 She received her elementary teaching degree from what is now known as Andrews University in Michigan. She was a talented natural musician, and studied music for a while in Chicago. She could improvise for hours at the piano and could “fake” a Beethoven or Bach work such that often only a knowledgeable musician could detect the differences. Family finances did not allow a musical career and at the urging of her brother Tony she traveled to Los Angeles to study for a nursing degree at USC School of nursing. It was there that she met her husband Don on a blind date. (Don was working on his PhD at Caltech.) They married within a year and celebrated their 61st Anniversary this past July 16.

After residing in California for about 13 years the family moved to Los Alamos where Don began a career at LASL (now LANL) in 1973. They fell in love with the Rocky Mountain region long before this when they spent summers in Aspen and Boulder, CO. In late years Telluride and Purgatory, CO. were their favorite destinations. They enjoyed travel, many times to Europe, and to Russia and Israel, and also to Alaska and Central America. A sabbatical in Paris was particularly memorable.

In Los Alamos, Rosemary was an RN at St. Vincent’s Hospital, at LAMC, and ultimately in Dr. John Benson‘s office. In the 1980s she did volunteer work for brain injured children. In California she volunteered as teacher’s aide and was a den mother for the Cub Scouts for several years. She and Don sang in the Los Alamos Choral Society starting in 1973 and ending for Rosemary in 2000 due to a vocal cord injury. Music was always at the core of her life. Rosemary was also a woman of deep and enduring faith.

At Rosemary’s request no public memorial service is planned. The family and friends will gather at a later date for the interment of her ashes in Guaje Pines Cemetery. The family wishes to honor the expert and loving care of the Los Alamos Visiting Nurses and to thank special helpers of Home Instead. In lieu of flowers contributions in Rosemary’s name to LAVNS or any charity would be appropriate.