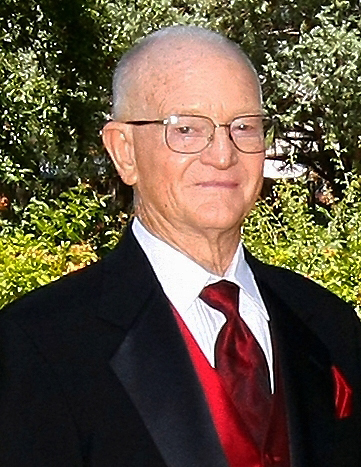 Roddy Burke Walton, long-time resident of Los Alamos, New Mexico, passed into the arms of his Savior on Feb. 19, 2013 after a lengthy illness.

Roddy was born in Goldthwaite, Mills County, Texas Dec. 9, 1931 and graduated from Texas A&M University in 1952 with a Bachelor of Science in physics and the University of Wisconsin in 1957 with a PhD in nuclear physics.

He spent the summers of 1953-1955 at Los Alamos National Laboratory as a research assistant.

From 1957-1959, Roddy served his country as a 1st Lieutenant in the United States Air Force stationed at Kirtland Air Force Base, New Mexico, working in upper  atmospheric physics research.

He then moved to San Diego, Calif. to work at the General Atomic Corporation, Linac Group, from 1959-1967. It was during this time that he married his wife of 51 years, Leona Mae Carter and their first daughter, Emily, was born.

In 1967, Roddy, Leona and Emily moved to Los Alamos, where Roddy joined Los Alamos National Laboratory (LANL) to work for the Safeguards Program, and a year later their second daughter, Ellen, was born.

Roddy served as a Group Leader for four years in Safeguards, and then proceeded to work from 1982-1993 for the Weapons Program in P-Division as an experimental physicist.

He then worked for EG&G, Inc. as a consultant to LANL for two years. In 1995 he embarked on an archiving project in nuclear weapons data for LANL while working as a contractor for Sumner Associates. Roddy’s distinguished work for LANL and our nation continued until he was 80 years old.

Roddy is preceded in death by his parents, Elsie and Lee Walton. He is survived by his wife, Leona Walton; his daughter, Emily McMorran; grandsons, Ian and Tristan McMorran; his daughter, Ellen Walton; Ellen’s husband, Robert Pelak; his brother, Coleman Walton; Coleman’s wife, Joann; and their children Rhonda Young and Kerry Walton.

Roddy is remembered as a beloved husband, father, grandfather, brother, uncle and friend who loved his family, church and community.

A memorial service will be held at 11 a.m. Saturday, March 9, 2013, at Trinity on the Hill Episcopal Church in Los Alamos.

In lieu of flowers, the family asks that donations be made to the American Kidney Fund in memory of Roddy Walton at 1(800) 638-8299 or by mail at 11921 Rockville Pike, Suite 300, Rockville, MD 20852 or to the Trinity on the Hill Episcopal Church Altar Guild Memorial Fund.