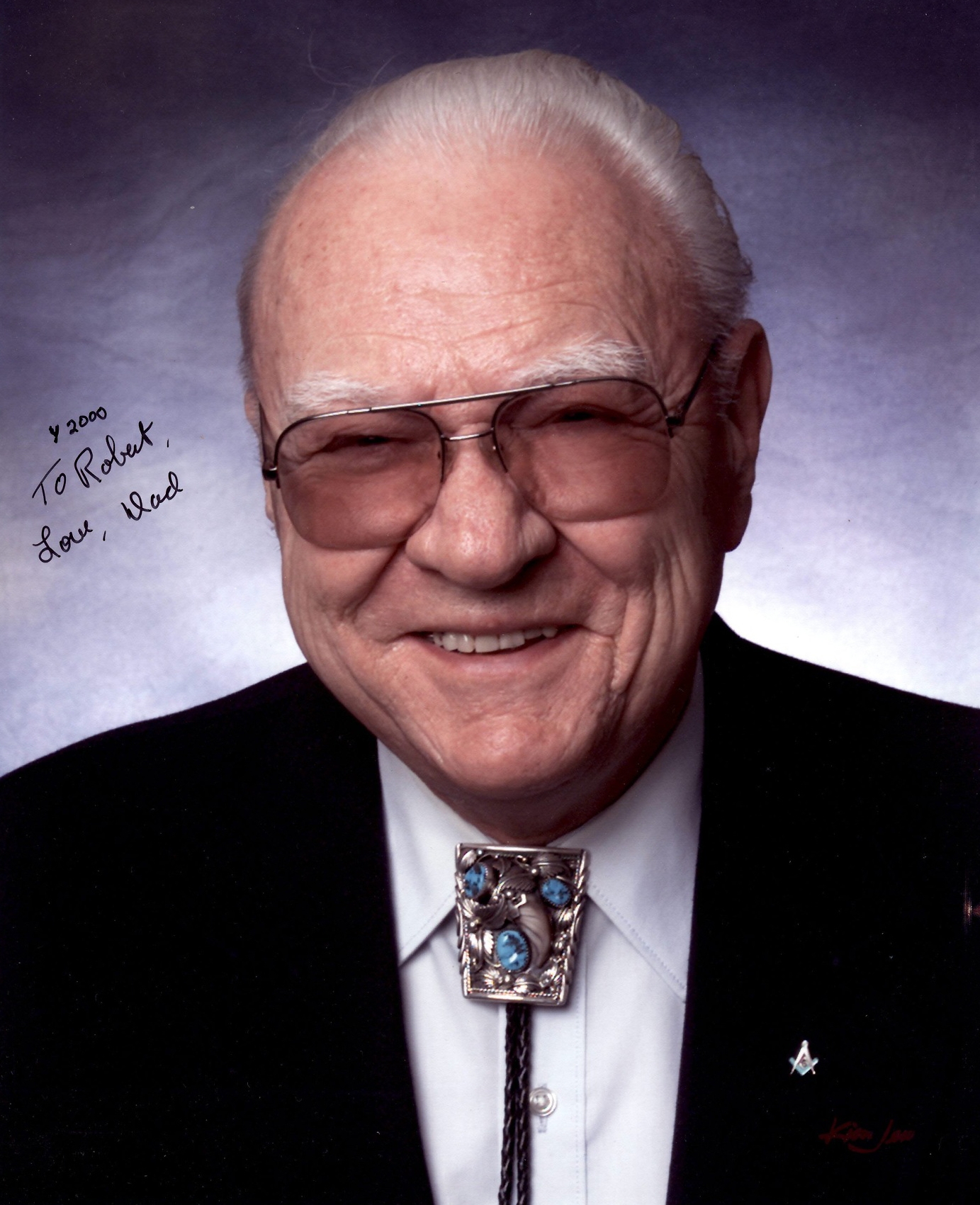 Robert was born in Chicago, Ill at the beginning of the roaring 20’s. His Dad was a pharmacist and owned a drug store.

During the 20’s, they packed up and took a touring Ford and drove across country to California and settled in Covina.

He grew up there and lived through the Great Depression. He had some interesting adventures such as finding and repairing a chain driven motorcycle, which he kept secret from his parents.

During the 30’s, he bought a Model A Ford in peach baskets, and put it together and souped it up. He raced his Dad in a 1936 Ford and made the mistake of winning. Of course, he was forced to sell the car. In his late teens, be became a theater projectionist and began college. World War II broke out and in 1942, he enlisted.

One of his commanding officers sent him off to Officers Candidate School. He was commissioned and assigned to the 5th Army signal corps under General Mark Clark. While overseas he met his wife to be, a nurse named Margaret. When they came back to the states, they were married in the Little Church Around the Corner in New York City, May 28, 1945.

He was to be on the beaches of Japan during the invasion, filming the landing in color and sound for the Generals back home. Fortunately, the Bomb was finished and saved him and unknown numbers of casualties on both sides when Japan surrendered. He, like many GI’s, came back to no jobs. He found one with RCA and became a field service engineer installing and repairing real theater systems.

He installed the sound system in William Randolph Hearst’s San Simeon castle in California. After finishing the system, he sat in Hearst’s special chair and watched a movie to make sure that everything was working properly. Shortly after this time he was let go from RCA. He found a job at American Broadcasting Company TV in Hollywood. He worked there in general field servicing until the advent of video tape. He quickly took to this new technology and eventually rose to the department head. During that time, he and his crew pioneered the cutting and splicing of the tape to produce a useable air time show.

This was 2” mylar tape and computers with enough memory to provide storage and editing didn’t exist. Toward the end of his career he was given some plumb jobs such as designing the studio for the old Palladium Theater in Hollywood. This was for the show The Hollywood Palace, which is where Raquel Welch was first discovered as one of the sign girls to introduce the next act. He was also involved with the Lawrence Welk show and knew many of the band members from that time.

After 28 years there, he retired. For a while, he had a small home business of rebuilding video tape capstan assemblies. This was critical to adjusting the speed of the tape to allow machines to interchangeably play tapes. He also did gun smithing, something he really enjoyed.

In the mid 90’s he and Marge moved to Albuquerque and lived there. After Marge passed away in 2000, he lived in the general area until 2010 when he came to live in Los Alamos. For the first year here, he lived with his son and wife until they could no longer provide facilities for easy bathing, etc. He then moved to Aspen Ridge, which he really enjoyed. But after a few hospitalizations, his strength and general health required him to be in the Sombrillo Nursing Home. He was there for about seven months before he passed away.

He lived an interesting and full life until about the last year. He is now free of his worn body and in peaceful rest in God’s kingdom.