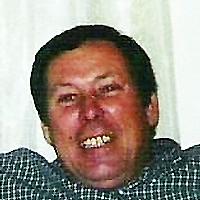 Bob was born on December 2, 1950, in Oak Ridge, TN to Arnold Lee and Lodean Shankle Butler. He moved from Oak Ridge to Los Alamos, NM in 1965. He was an All State football player and a member of the Los Alamos 1966 State Football Championship team.

Bob loved to fish and hunt and after visiting his uncle, Carnell Shankle, in Big Sandy, he moved his family and business where he continued to enjoy his love of hunting, even going out with the boys only a few short weeks before his passing.

Bob is preceded in death by his parents and stepson Bryant Marshall.

Services for Robert Reed (Bob) Butler, Sr., 67, will be held Saturday, November 24, 2018, at 11:00 a.m. at Manleyville Cornerstone Church, 5493 Manleyville Road, Springville, TN  38256 with Pastor Linda Barrett officiating. Interment will follow at Seminary Cemetery near Pillowville, TN. The family will receive friends on Saturday, November 24, 2018, from 10:30 a.m. until service time at the church.

Brummitt-McKenzie Funeral Home is in charge of arrangements. For more information please call (731) 352-4848 or visit www.brummittmckenziefuneralhome.com