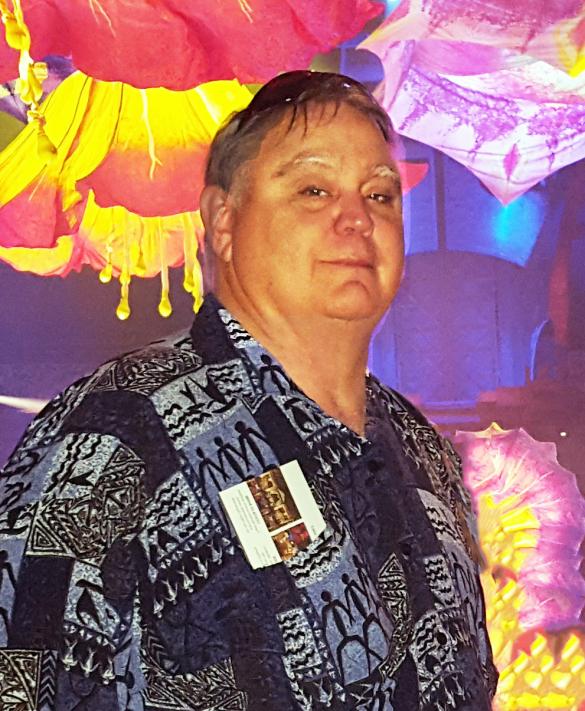 Ralph was a kind, thoughtful person and had a passion for his professional specialty, paleontology. This began at a very early age (he had a stuffed dinosaur instead of a teddy bear), continued with a BS in biology from the University of Bridgeport (CT), an MS in paleontology from the University of Rochester (NY), and post-masters work in paleontology at Stony Brook University. Ralph then segued to the Department of Paleobiology at the Smithsonian’s National Museum of Natural History as a Research Fellow, specializing in the rigorous quantification and comparison of shapes. There he ran the Applied Morphometrics Lab for over 15 years, writing and collaborating on hundreds of research projects and publications. One of his notable projects was assisting NMNH forensic anthropologists in verifying the identity of serial murderer Jeffrey Dahmer’s first victim.

Ralph’s interest in numerical analyses continued in setting up a similar lab at the Idaho Museum of Natural History, and then in Los Alamos co-creating two companies to virtualize fossils and artifacts, New Mexico Virtualization LLC and Deck & Chapman LLC. He also developed statistical techniques to assess the viability of start-up businesses as a partner in a third company, LABi.

The role Ralph relished most was teacher and mentor.  He taught various geology labs at the University of Rochester, and the historical geology curriculum at Northern Virginia Community College and Idaho State University. It was at the U of R that he and Linda met, he as graduate student teaching geology labs and she as an undergraduate. He counseled her to get a more prized BS in Biology-Geology instead of General Science, setting up her career path in paleontology leading to her receiving a Visiting Student Fellowship at the NMNH and beginning her career as a museum professional. The shared interest and understanding of science throughout their years together was one of their strong bonds.

Many, many other students and interns he took under his wing while at the U of R, the NMNH and at Idaho State have gone on to become accomplished professionals, and they cite Ralph as a generous, encouraging mentor, always ready to help in understanding a challenging concept or technique. He counted these young budding scientists as his “paleo progeny,” and the affection between him and each one of them was deep.

Besides remembering the learning and understanding gained by working with Ralph in his Lab, they recall fondly Ralph’s love of music and great guitar players, often being introduced to this music by him. He spent many happy hours listening to his favorites, such as Eric Clapton, Stevie Ray Vaughn, Mark Knopfler, Carlos Santana, Cat Stevens, and BB King, in recordings and at concerts.

In his youth Ralph played many sports (and was especially proud of his street hockey acumen). As an adult he continued to excel at golf and rooted for many sports teams. He was an inveterate collector, concentrating on paleontology expressed in writing, art and popular culture icons.  Ralph developed relationships with many artists, encouraging and appreciating their work. He consulted with several on dinosaur morphology and posture, including James Gurney (Dinotopia) and Bob Walters and Tess Kissinger (murals at Dinosaur National Monument and the Carnegie Museum of Natural History). He was also an avid science fiction fan, proud to have known many science fiction notables such as Gardner Dozois, Michael Swanwick, Ray Harryhausen, and L. Sprague de Camp.

Ralph was a member and supporter of The Hive, a co-work, meeting and community user facility located in White Rock. He enjoyed assisting the Pajarito Environmental Education Center, giving several talks there on geology, paleontology, and morphometrics. He was recently appointed a member of the Los Alamos County Planning and Zoning Commission and was honored to give thought and time in that service. Ralph contributed several articles to the Los Alamos Daily Post; his favorite theme was how numerical and analytical thought can help us understand aspects of our daily lives.

A celebration of his life will be held in Los Alamos at a later date. In lieu of flowers, donations in his memory to support Espanola Humane would be greatly appreciated and would reflect his deep affection for all his pets. He had adopted each from shelters or as a stray.