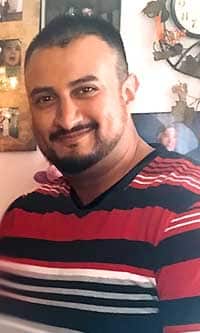 Our beloved Paul A. Jaramillo Jr., a resident of Albuquerque and formerly of White Rock, slipped into eternity into the arms of our Heavenly Father unexpectedly on Wednesday, March 9, 2022.

Paul was a loving husband, father, son, brother, and uncle who loved and cherished his family with all of his heart. Paul Jr. impacted countless lives and is dearly loved by many.

Paul loved spending time with family and enjoyed teasing them. He enjoyed fishing and going to the gym early in the morning before returning to see his kids off to school. He enlisted in the US Army in 2018 and was looking forward to his upcoming deployment to the Middle East.

Paul Jr. is loved and also survived by extended family: mother-in-law Kandy Padilla from Albuquerque, father in-law Joe Duran from Pojoaque, brother-in-law Matthew Duran from Española, a very close cousin Esmeralda Trevizo from Albuquerque, his special aunt who Paul would say was his other mother Angela Esquibel and her children Valentin (Christina) Esquibel, Alex (Jennifer) Esquibel, and Angie Esquibel all from Las Vegas, NV, his auntie momma Denise Martinez and her son whom Paul Jr. considered like a brother Antonio (Breanna) Trujillo and their children AJ, Bethany, and his Goddaughter Destiny all from Guachupangue. Pablito is survived by many other aunts, uncles, cousins, and friends whom Paul Jr. loved dearly.

The family of Paul A. Jaramillo Jr. is entrusting the care of their loved one to De Vargas Funeral Home of the Española Valley.