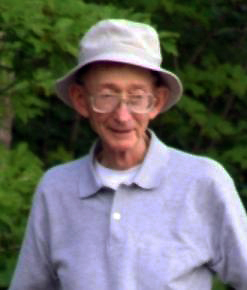 Myron L. Stein, 85, a resident of Los Alamos, passed away on Tuesday, September 17, 2013. He was born in Sacramento, Calif., where he grew up, attending University of California at Berkley, receiving a degree with honors in Astronomy.

He served in the U.S. Army during the Korean War and was stationed in the South Pacific. Following his service, he joined his older brother, Leland Stein, in Los Alamos where Myron worked at the Los Alamos National Laboratory for 50 years, retiring in 2008 and as a Guest Scientist continued to come to the Lab. Myron published numerous scientific papers over the years, working with other well-known scientists at LANL on many important projects.

As an avid runner and walker, Myron would jog to and from work and often encourage his colleagues and family to join him in healthy exercise and eating. He so loved his time exploring the many canyons in the area, with an encyclopedic knowledge of butterflies, local plants and other wildlife. Myron loved and respected all living things, and greatly enjoyed helping others at work, at home, and with his family.

Myron is survived by his sister, Rosemarie of Harrisburg, PA; his niece, Jane Bird of Bridgewater, VT; his nephew, John Stritzinger of Philadelphia, PA, and his grand-nephews, Zachary and Nathaniel.

A memorial service will be held on Saturday, September 21, 2013 at 10:00 a.m. at the Unitarian Church in Los Alamos. In lieu of flowers, the family asks that you make a loving donation to the charity of your choice.

The family of Myron L. Stein has entrusted their loved one to DeVargas Funeral Home & Crematory of the Española Valley.