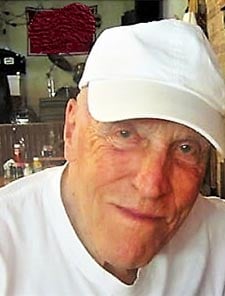 He was born March 23, 1923 to Albert and Alma Pigott in Springfield Ohio. He graduated from Springfield High School in 1941.

After high school he attended Miami University of Oxford Ohio for two years. He volunteered for the army in 1943 and served in France during World War II.

For most of his career he was with the Ordnance Research Lab (now the Applied Research Lab) associated with Penn State. After retiring from Penn State in 1983 as professor emeritus of engineering, he taught at Parks College of St. Louis University.  He retired from SLU in 1993 as professor emeritus of physics and moved to Los Alamos where he worked as a visiting scientist at LANL for several years.

He loved the music of his generation. He enjoyed books on the wit and humor of America, articles on astrophysics, and reading the Bible. He enjoyed games and sports, including running in marathons and playing chess. He enjoyed horseshoes, shuffleboard, and pool at the Betty Ehart Senior Center.

He enjoyed Los Alamos High School Hilltopper sports and was a regular fan at Griffith Gymnasium for as long as he was able. He enjoyed volunteer work such as being the local coordinator for Senior Olympics and being a reader with Newsline for the Blind. But most of all he loved reading to his children, taking them on hikes, camping trips and bike trips, and telling them about the wonders of the universe.

He was preceded in death by his wife Ginny and his sister and brother-in-law June and Freeland Martin.

He is survived by his two sons, Andrew Pigott and wife Janiene of State College, PA; and Anthony Pigott and wife Sandy of Plaistow, NH;  and his five daughters: Rebecca Forcey and husband Phillip of Lynchburg, VA;  Deborah Pigott of State College, PA; Barbara Pigott of Los Alamos, NM; Nancy Decker of Jerusalem, Israel; and Amy Patton and husband Doug of Athens, AL. He is also survived by his 21 grandchildren and his 35 great grandchildren.

In lieu of flowers, please donate to St. Jude’s Children’s Research Hospital. The family of Miles Thomas “Tom” Pigott has entrusted the care of their loved one to the DeVargas Funeral Home & Crematory of the Espanola Valley. 505-747-7477-www.devargasfuneral.com.