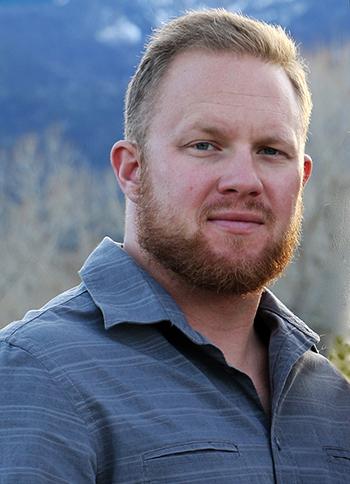 From a young age it became evident that Mike was blessed with a loving and caring soul. He became a big brother to his sister, Amy, and, they were very close growing up and were blessed to maintain their close relationship into adulthood.

Mike was as an adventure seeker from a young age. He gained his small boat sailing certification and his scuba certification before he reached his teens. He was also an accomplished athlete, and participated in soccer, track, football, and wrestling throughout his junior high and high school years.

In 2003, Mike joined the United States Coast Guard with the goal of serving his country as a Surfman. After completing Basic Training in Cape May, NJ, Mike served on the USS Midgett based in Seattle, WA for two years and patrolled the west coast from as far south as El Salvador up to the Bering Sea off the coast of Alaska.

In 2005,  Mike met Joanna Boggs, and right away knowing they were a fit they decided to marry just 5 short months later and were married on December 18, 2005. Immediately after they married, Mike was transferred to USCG Station Coos Bay in Coos Bay, OR where he earned his heavy weather Coxswain certification and advanced to Petty officer second class.

Both of their beautiful daughters were born in Oregon, Alyson Faye (2007) and Cheyenne Marie (2011).

After serving for 6 years in Oregon, Mike was transferred to USCG station Humboldt Bay in Eureka, CA. In California, Mike gained his Surfman certification and advanced to Petty officer first class. Mike remained in active duty for 12 years.

During his time in the Coast Guard he performed hundreds of search and rescue cases and saved numerous lives, one of which was a fellow shipmate in California. Mike was at the helm of a 47 ft motor life boat when a call came in about a surfer in distress. Mike made the decision to enter the surf zone without back up and saved the man who turned out to be his fellow shipmate who was caught in a rip current.

After their time in California, Mike and Joanna decided to lay down some permanent roots in Denver, CO. Mike was attending school for mechanical engineering at Colorado School of Mines and remained in the Coast Guard as a reservist advancing to Chief and spent his drilling weekends at USCG station Lake Tahoe, CA. He was a stellar boat driver even in the worst of conditions, calm under pressure, a mentor, and a leader.

All anyone needed was two minutes with him before they knew they had a friend for life who they adored. He was kind, humorous, intelligent, giving, supportive, creative, unbelievably strong, and could literally fix anything. He was an avid outdoorsman and enjoyed being out in the middle of the woods. He was his daughter’s hero and the best dad in the world. He loved his wife, daughters, family, friends and God enthusiastically and unconditionally.

A service for Mike will be held on January 18th, 2018, at Fort Logan National Cemetery at 2 p.m. A celebration of his life will be held directly after the service at Baldoria on the Water, 146 Van Gordon St., Lakewood, CO 80228.