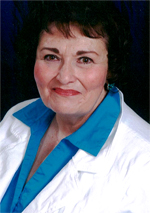 Melissa Gay (Wienke) Morrison, a resident of Los Alamos, New Mexico, passed away after battling many health problems on March 16, 2017.

She was born on February 18, 1948 to Bonnie Jean and Ernest Henry Louis Wienke, Jr. She grew up in Homer, Illinois and graduated from Homer High School. Melissa went on to graduate from Patricia Stevens College in St. Louis, Missouri, before working at University Ford in Champagne, Illinois.

She married John Morrison on June 14, 1969 and then moved to Minneapolis for a brief stay before moving on to California. In 1971 they moved to Los Alamos, NM. She had two children, Amanda Beth (1972) and Aaron Michael (1974). After her children were older, she went on to earn her Associates Degree in English from Northern New Mexico Community College, and then her Bachelors of Arts in English from College of Santa Fe. She was an avid life long learner and she was particularly interested in English and History.

She is preceded in death by her father Ernest Wienke, Jr. and her mother Bonnie Jean (Ellis). She is survived by two sisters, Candace (Wienke) Thurman, Kristina (Wienke) Finney; her son Aaron Morrison and wife Lindsey Rivera; her daughter Amanda (Mandy) Ferran and husband Scott and their three children Lindsay, Sabrina and Shane.

Her great joys in life were Christmas, needlepoint, embroidery, sewing, baking, flowers, animals, her friends and her family.

The family wishes to thank the staff at Sombrillo Nursing Home and Aspen Ridge Assisted Living for the care she received the past two years.

Memorial services will be held at Bethlehem Evangelical Lutheran Church in Los Alamos on April 8 at 11am. In celebration of her life please wear a pretty color if attending services. Internment at G.A.R. Cemetery in Homer, Illinois will follow at a later date.

En lieu of Flowers, please make donations to the American Lupus Foundation. The family of Melissa Gay (Wienke) Morrison has entrusted the care of their loved one to the DeVargas Funeral Home & Crematory of the Espanola Valley. 505.747.7477 www.devargasfuneral.com.