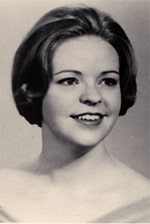 Kathy spent her early years in Topeka, Kansas and Mobile, Alabama before graduating from high school in 1964 in Colonial Heights, Virginia. She earned an Associate Degree in Liberal Arts and an Assistant Instructor’s Certificate in Equitation from Virginia Intermont College. While at Intermont Kathy studied fashion design and did costuming for theater productions, which earned her membership in Delta Psi Omega, a national honorary fraternity for work with the School of Dramatic Arts. In 1966 she attended the University of Kentucky where she studied Light Horse Production. Later Kathy created and sewed fashionable clothing for herself and for Allen.

In 1967 Kathy married Allen Padgett, her soul mate who shared her lifelong love of horses. They established a small horse farm in northern Virginia before re-locating all thirteen horses to Torrance County, New Mexico in 1975.  While in Virginia Kathy began a long career in computer programming working for Christian Children’s Fund, a world-wide nonprofit.

In New Mexico Kathy continued working in computer programming and computer telecommunications security at the Department of Energy Albuquerque Operations Office, Sandia National Laboratories, Pantex Plant in Amarillo, and Los Alamos National Laboratory from which she retired in 2005. During those years she published several computer security articles and in 2004 completed a certificate in paralegal studies with the American Institute for Paralegal Studies.

Kathy loved riding her horses, coaching equine drill teams and giving lessons in equitation and dressage. She was an assistant instructor at Turkey Track Dressage School and organized and managed dressage competitions. In retirement Kathy enjoyed reading and travel to Europe and the United Kingdom.

A Celebration of Life will be held on Saturday, July 21, 2018 at 10 a.m. at the Harris-Hanlon Mortuary, 807 Central Avenue in Moriarty, NM. Memorial contributions may be made to New Mexico Public Broadcasting (KNME-TV), 1130 University Blvd. NE, Albuquerque, NM 87102 or to a charity of your choice.