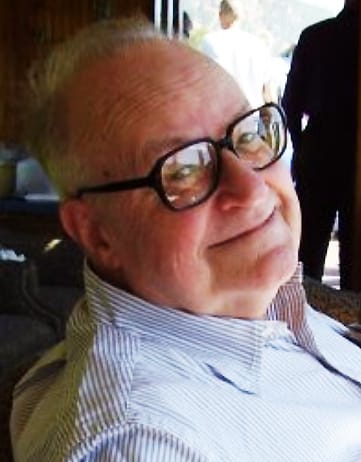 John attended the University of Texas at Austin obtaining his undergraduate degree in 1954, graduate degree in 1956 and PhD in 1958, all in physics. In 1958, John married Mary Ann Ward, and they had two boys, Donald Andrew and Alan Ward. John and Mary Ann divorced in 1984. John remarried in 1995 to Dixie Hanks.

He is preceded in death by his parents; his brother, Donald Herbert Richter; and his son, Donald Andrew Richter. He is survived by his wife, Dixie Elizabeth Hanks; and his son, Alan Ward Richter of Albuquerque, NM.

In addition to his family, John had two enduring passions: opera and his career. John was a patron and a contributor to the Santa Fe Opera. He attended every season from 1958 to 2018, and was a member of the Los Alamos Opera guild and a member of the opera club. John and his brother, Donald, made many trips to New York to attend performances at the Met.

John had a brilliant career as a warhead designer; he worked his way up to become group leader of his weapons division. John referred to himself as a cold war warrior, and had conducted 42 nuclear bomb tests before the comprehensive nuclear test ban. John retired in 1997 in Albuquerque, but continued to stay active with the Santa Fe Opera and writing technical papers.

Remembrance Event: Friends of John Lewis Richter will gather 4:30-6:30 p.m. Thursday, Sept. 6 at Fuller Lodge to remember him. They will simply gather and share stories of John and colleagues. Everyone is welcome. Bring your own beverages.