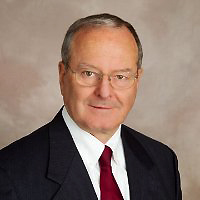 John E. ‘Jack’ Killeen, age 79, son of John J. & Frances (Germon) Killeen passed away peacefully among loving family members on Friday, May 27, 2022 at the U. of Pennsylvania Hospital in Philadelphia.

Born in Atlantic City, NJ and raised in West Cape May, Jack became a “Man of All Seasons”, hunting, fishing, trapping, laboring on the docks, working at both the Taylor Farm & Rae’s Farm and working for Steger’s Beach Service run by Coach Steve Steger of Cape May.

He attended the original West Cape May Elementary School, and the original Cape May High School on Washington Street and was a member of the first Senior Class to graduate from the new Lower Cape May Regional High School, being President of his Senior Class and being one of the two Co-Captains of their football team. He went on to attend Rutgers U. in New Brunswick, NJ receiving a BA degree in Criminal Justice.

In October 1966, Jack entered the U.S. Air Force as a Security Police Officer with the rank of 2nd Lt. During his 29-year career, he served in several notable positions that included Chief of the Drug & Alcohol Abuse Control at Headquarters Pentagon; Director of Deterrence and Detection for the Office of the Secretary of Defense in the Pentagon in Washington, DC., developing and executing the programs which successfully curbed drug and alcohol abuse for all the service branches. He also served as the DOD liaison officer for drug and alcohol abuse matters with the White House, Congressional Committees, State Department, Central Intelligence Agency, Drug Enforcement Agency, Coast Guard, National Institute on Drug Abuse, and National Institute on Alcohol Abuse & Alcoholism. He was the Executive Agent for DOD Law Enforcement Task Group, developing policies and worldwide programs to minimize adverse impact of drug & alcohol abuse on Air Force Mission and people. These programs, being under intense congressional scrutiny, only the Air Force Program survived, and Jack was hired by the Secretary of Defense to develop programs for all the military services.

In North Carolina, he was Chief of Police at Seymour Johnson Air Force Base, where he commanded 350 policemen and women who protected 18,000 people. Every year that he commanded, the force was chosen the “Best Large Security Police Force in the Tactical Air Command.” During this time, Jack also taught classes in the evenings on the subjects of Criminal Justice, Psychology, and Social Theory for North Carolina Wesleyan College.

In 1987, while attending Air War College in Alabama, he was awarded the Commandant’s Award for outstanding contribution to military thought for the paper, entitled “Coping with Terrorism.”

In the country of Turkey, Jack was the Director of Security Police, US Forces providing leadership for all US Military security. He worked with the Turkish Police in the capture of 55 Terrorists sent by Qadhafi to kill American women and children. The effort was highly successful with no injuries to Americans. Jack made Colonel below the zone shortly after this.

He was also the Director of Security Police, US Air Forces Europe, United Kingdom, and provided leadership for all US forces in England. For three years, he served as Department of Defense representative to Her Majesty’s Government for Home Defense of the United Kingdom.

Following England, Jack became the Vice Commander of Ramstein Air Base in Germany during the time of Desert Storm; the First Iraq War.

His final Air Force position as a Colonel was as the Commander of the Security Police Agency at Kirtland Air Force Base, New Mexico, providing oversight and guidance to 35,000 security police men and women worldwide.

In 1996, Jack was one of only three Senior US Air Force Security Police Force Officers in history to be awarded the “Order of the Sword” by enlisted members of the Air Force for superior people-centered leadership.

Following retirement from Military Service, Jack entered the civilian job realm, employed first as the Director of Operations and then became the General Manager of the security force operations for the Los Alamos National Laboratory, with a work force of over 600 men and women.

While in Los Alamos, NM, he joined the Kiwanis Club and eventually became Vice-President and then President. He also held the position of Vice-President for the local Art Society.

Jack was a perpetual student, having attended college classes at Texas Christian U., the U. of Guam and the U. of Nebraska, Lincoln. He was a voracious reader right up to the end. He had a great respect and love for the outdoors. In July of 2013, he fulfilled a dream of his, by bicycling 2,600 miles of the Western Great Divide Trail, on his own without support, from the northern border of Montana/Canada down to the southern border of New Mexico/Mexico, taking him two and a half months to complete. He was a Boy Scout Leader when stationed in Virginia and was a Leader of the Los Alamos, NM High Adventure Group, consisting of young men and women of high school age, taking day and week-long trips with them for white water rafting on the Snake River, the River of No Return, and the Rio Grande; overnight camping; snow-cave camping; hiking the high trails in Colorado; and downhill skiing. He did the Grand Canyon River twice with a group tour and took Boy Scouts and their parents to the large lakes in Canada for a week-long canoe trip.

He was an avid cross-country and telemark skier, hiker, camper, hunter, fly fisherman, white-water rafter, kayaker, canoeist and horse-back rider, having owned three quarter horses in Texas while stationed in Ft. Worth. He was a scuba diver when stationed on the Island of Guam and became the President of the Club there. While returning from a dive one day in 1970, Jack ended up delivering a baby in the back seat of a car and became the Godfather of that baby girl. He loved running, having completed the Marine Marathon, the New York Marathon, and the John F. Kennedy 50-miler ultra-marathon, along with several here in Cape May and Virginia, and having also competed in triathlons. He also became an avid mountain biker and a road bicyclist. While stationed in England he was one of the first Americans to pass their written test to hunt deer and was called upon by English estate owners to hunt deer who were damaging crops on their property. When stationed in Turkey, Jack hunted with the Turks in the villages to hunt large wild hogs who also destroyed their crops. In Germany, he hunted with the Germans.

In 2016, Jack decided it was time to move back home to Cape May after nearly 22 years of residing in New Mexico, his last military assignment and place of residence. While here, he rejoined the Cape Island Deer Club in New Gretna and held the office of Secretary. He also became an active member of the Kiwanis Club of Cape May, eventually holding the positions of Vice President and President.

As a family man, he was an exceptional husband, father, grandfather, brother and uncle. Jack will be missed by his loving family which includes his wife of 56 years, Sonja (nee Straaten); two children, Krista (and Jeff) Yuhas and Sean (and Lisa) Killeen; a sister, Judy Hansen; and 4 grandchildren, Kelsey (and Grant) Smith, Tanner Yuhas, Megan (and Russell) Flanagan and Kayla Yuhas, and many nieces and nephews.

To celebrate Jack’s life, friends will be received by the family for viewing at Spilker’s Funeral Home in Cape May, NJ on Friday (June 3) from 10-11 AM, followed by a ceremony to begin at 11 AM in the form of family and friends sharing thoughts, memories, and sentiments, and concluding with a reception at a site that will be announced during the ceremony. All are welcome to attend.

In lieu of flowers, memorial contributions are suggested to the Cape May Kiwanis Club Scholarship Fund (1041 Beach Avenue, Cape May, NJ 08204) or the American Cancer Society.