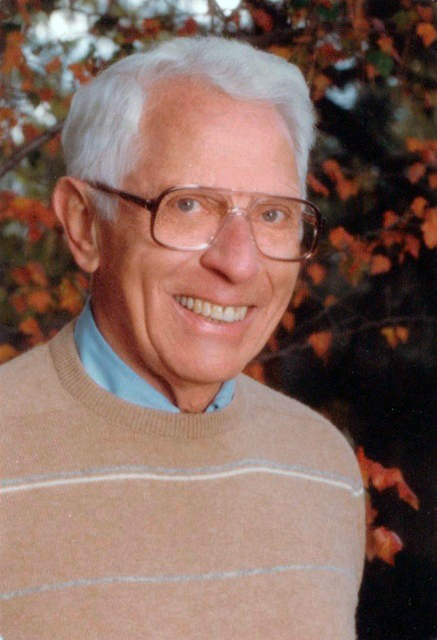 He served in the Navy at Wright Field and taught radar at Navy Pier. He received his degree in electrical engineering at Colorado University and was elected to Eta Kappa Nu. He worked for GE in Marblehead, Mass., before coming to Los Alamos National Laboratory in 1949. He participated in Operation Ivy at Eniwetok Atoll in 1952. He then worked mostly at CMB7 and E Division.

After retirement in 1983, he consulted for NEST. He was named a Los Alamos Living Treasure in 2006. He lived his life with gratitude and always offered his time and talents to better his community.

Among some of his volunteer activities were his children’s schools, East Park Pool, Jemez House, Sombrillo, and the Senior Condo. He also was active in the Immaculate Heart of Mary Church. He sang in the choir for 30 years, was chairman of the first Parish Council, and was a Eucharistic Minister. He enjoyed camping, travel, photography, everything electronic, and working with stained glass (He made several panels at IHM).

A rosary will be recited on Thursday, April 3, 2014 at 10 a.m. at the Immaculate Heart of Mary Catholic Church in Los Alamos with a memorial Mass to be celebrated immediately after at 11 a.m.

Donations may be made to the Christian Concern Committee at IHM or to the Los Alamos Visiting Nurses. The family of John Buchen has entrusted their loved one to DeVargas Funeral Home & Crematory of the Española Valley. 505.662.2400 – www.devargasfuneral.com.