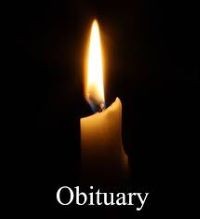 Born March 15, 1929, in Milwaukee to Herman A. and Irene M. (Martina) Grundl, both of Milwaukee, he graduated with a BS degree from Marquette University and an MS degree from the University of Wisconsin-Madison, both in physics.

In May 2021, Jim and Elaine moved to Wauwatosa, Wisconsin.

A resolute Roman Catholic, Jim ever pondered the interaction of faith and science while observing the behavior of nuclear reactions and developing international neutron flux standards. He was supported by his devotion to St. Thérèse of Lisieux, kinship with Charlie Brown, and attentiveness to A Prairie Home Companion.

A funeral service was held Dec. 22, 2022, at St. Pius X in Wauwatosa, after which he was entombed in Holy Cross Cemetery & Mausoleum above Elaine, who died May 30, 2021. He is survived by his brother Daniel J. Grundl (Springdale, Arkansas), his sister Barbara A. Grundl Murray (Sauk City, Wisconsin), and his three children— Timothy (wife Barbara), Peter, and Therese—and two grandchildren, Katherine and Nicholas Grundl.