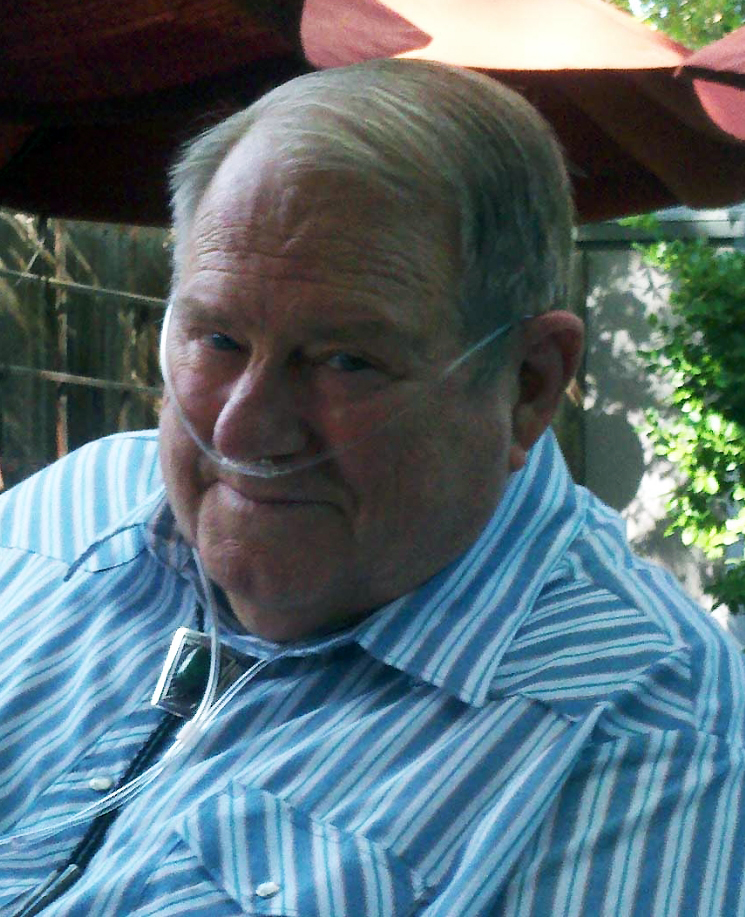 HORRIS M. CRANE  Sept. 1937 – March 20, 2013
Horris M. Crane passed away at home March 20, 2013, as a result of myelodysplastic syndrome and severe pressure sores.
Horris was well-loved by family and friends, a finish cabinetmaker, a talented artist and a hero to many.
He was born in September 1937, at the home of his parents Henry Doil and Gladys Crane, near Lamesa, Texas. Five minutes later, his twin brother arrived, to his parents’ surprise.
The family moved to California early in WW II, and then back to a farm near San Angelo, Texas afterward. In 1946 they moved to Hobbs, New Mexico.
The twins began working for $0.25/hour when they were 8 years old, doing yard work, and by the time they were in ninth grade, they had worked and saved enough to buy their first car.
They paid cash for a new Chevy sedan before they graduated high school in 1957, and they still had time for football, track and Student Council; Horris sang bass in high school groups and All-State Chorus, and they seldom missed a dance, often helping decorate, or a social occasion in Hobbs, Lovington, or Carlsbad, even though they still worked.
By the time they enrolled at Eastern New Mexico University at Portales, Horris had worked on water drilling rigs, oil rigs, helped their dad considerably on mechanics’ work, some framing carpentry work, and some home gardening.
They had enough money saved for their first year’s expenses. They didn’t purposefully let their attendance or class work slide, but their grades showed that they had put in more time dancing and playing than studying, so they were put on academic probation and had to stay out a semester.
They both went back to the oil field and became convinced that that job was not how they wanted to spend their lives. When they re-enrolled, they went on to finish degrees in industrial technology with teacher certification.
But for the next two summers, they were hired by the U.S. Forest Service as “Ribie Goons” to eradicate blister rust in Idaho forests and fight forest fires there and in Montana. Horris went into the U.S. Army Reserves for seven years after he graduated.
He was working three or more jobs, as well as carrying a full class load, during the semesters that he began dating his future wife, Sherry Pate. They married in 1961, and both were offered teaching jobs in Los Alamos Public Schools in 1964.
He taught carpentry and cabinetry, metals fabrication, and photolithography and hand-set type printing at the high school. He began working for the Los Alamos Scientific Laboratory in 1970 and was there until 1979, when he and his twin and their wives opened La Cueva Lumber and Hardware at the junction of State Roads 4 and 126, about 9 miles northeast of Jemez Springs.
As Crane Construction Company, they built and remodeled many homes and businesses in the Jemez Mountains until interest rates soared for new home construction, and they had to close the lumber yard.
He was able to rehire in the Metals Fabrication Group at Los Alamos National Laboratory in 1982 and later moved into the Fire Protection Group. In June 1994 he fell from the roof of a house and became a T-4,-5,-6 complete paraplegic.
He had designed his own log home and built it at La Cueva with some help from family, he had helped form and nurture a volunteer fire department at La Cueva, and his roots were there, so family and friends pitched in to make their home mostly accessible to a wheelchair, and he and his wife lived there another 10 years, during which time he modified his shop, did silver jewelry, and started teaching himself to be a sculptor in bronze.
He created and cast many beautiful bronzes and art pieces of mixed metal construction.
Later, he and his wife felt the need for downsizing and proximity to medical facilities, so they moved into Albuquerque’s north valley in 2004.
Survivors include his wife Sherry; his daughters Bonnie Murray and Carol O’Neal; his sons-in-law Tom Murray and Mike O’Neal; his granddaughters Heather and Hailey Murray; his brothers Jack and Morris Crane and their wives Darlene and Sharron Crane; his sister Ann Paine; his brothers-in-law Dee and Charley Pate, and their wives Ellen and Susan Pate; five nieces and six nephews and other loved ones.
Special friends are Waymond Smith, Bob Luders, Mike McClannahan, Bob Eikleberry, Jack Gehre, Leon Cooper, Howard Lindberg, and Eloy Cota.
The family thanks Dr. John Baca, the caring nurses and hospitalists who attended him at Presbyterian Hospital, Lovelace Hospital, and Kindred Hospital, and the hospice personnel who served him in his last days. His optimism and sense of fun endured to the end.
A private interment service for his cremated remains will be held later. Memorials may be sent to La Cueva Volunteer Fire Department Auxiliary, 122 Twisted Juniper, Jemez Springs, NM 87025; or to the New Mexico Cancer Center Foundation, 4901 Lang avenue NE, Masthead Avenue, Albuquerque, NM 87109.
Menu
LOS ALAMOS