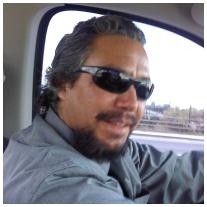 Henry attended Santa Fe High School and became a heating, ventilation and air conditioning expert. Known as the “Doc”, he could fix anything. An avid biker, he had two Harleys and took many cross-country road trips. He enjoyed working on his house and in his yard, but valued and loved his family above all else. He had a nickname for everyone and made the best hash browns. His beautiful smile, sense of humor and generosity will be missed forever.

Henry met his beautiful wife, Dorothy, in 2010 and they married July 12, 2012 in Santa Fe. While their time together was short, they created many cherished, beautiful memories.

Henry is survived by his loving wife, Dorothy Padilla Kavanaugh, his daughters, Roxanne (Aaron Mente) of Santa Fe, Jayme of Los Angeles, his step-daughter, Shelby, his two grandsons, Damon and Jesse Mente and his brothers; Paul (Karla), Gary and Tim all of Santa Fe. Also surviving are his niece, Karley and nephew Arlen. His father, Henry J. Kavanaugh, Sr., his brother Karl Kavanaugh, his paternal grandparents Nicholas and Henrietta Kavanaugh and his maternal grandparents Vianes and Josefina Rodriguez and other dear aunts and uncles preceded Henry in death.

In lieu of flowers, donations may be made in Henry’s memory to Toys for Tots at www.toysfortots.org