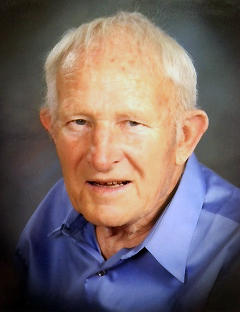 Gordy spent his early life on the family farm in Rosen, MN. At age 13, as a freshman, he entered Nazareth Hall Minor Seminary in the Twin Cities, and following graduation from Naz Hall, attended the St. Paul Seminary. After completing eight years of college and post-graduate education, he was ordained to the Roman Catholic Priesthood in June 1956.

He served eight years at St. Francis de Sales German National parish in the West 7th Street neighborhood of St. Paul. In 1964, he was transferred to St. Joseph Church in Hopkins, MN, where he was assigned until 1968. “Crazy Gordy” leaves legions of friends in both parishes. He was known for initiating fun activities for seniors, youth, and other parish members, most famously hay rides, picnics, canoe and ski trips. His love of sports, athletic activities, and physical fitness was legendary, at every opportunity playing hockey on Twin Cities neighborhood rinks and handball with St. Paul police and firemen.

Gordy’s decision to leave the active ministry led him to study Spanish at the American University in Puerto Rico and to participate in the pastoral chaplaincy program at Ft. Logan in Denver, Colo. Acting on a suggestion from his colleague and good friend, Jack Dolan, he entered Adams State College in Alamosa, Colo, to pursue a master’s degree in Guidance and Counseling. It was there that he met his future wife, Wendy Rawson. After their 1971 graduation, they were married March 4, 1972, celebrating their 40th anniversary earlier this year.  Gordy and Wendy were blessed with not only their two children, Nicholas Joseph and Angela Eileen, but with their many friends who became a whole family of “extra kids” at Hoffman House.

He accepted a position as Guidance Counselor at Los Alamos High School in 1971 and retired in 1997 after 26 years of service. He then obtained his realtor’s license, with many of his sales being to former students, who continued to seek his assistance whatever profession he might be practicing. He cherished his association with Mary Deal Realty and the Deal family, whom he considered among his dearest friends.

Gordy leaves a legacy of love and inspiration far too extensive to detail, but he will always be known for his dedication to physical fitness, for his soccer & hockey coaching philosophy of making sure the kids had fun while developing skills, and for his own active lifestyle and love of the outdoors.

Throughout his life, he remained an active supporter of Laketrails canoe base camp on Lake of the Woods, having attended its 60th reunion in August. He played his last hockey game at 73 and never gave up his passion for the sport he loved most, to the extent of building – in his garage – a whole set of new boards for the Los Alamos Ice Rink, in the days when the rink was powered by volunteer labor. When Nick and Angela were playing varsity collegiate sports, he spent hours arranging flights or road trips to their games, and through these travels, he and Wendy gained yet another family of young teammates, many of whom have remained lifelong friends.

Most of all, Gordy will be remembered as someone who inspired instant affection from those with whom he interacted. He never met a stranger, forgave easily, loved deeply, and lived life to its absolute fullest. He was truly larger than life.

He is survived by his wife of 40 years, and his children, Nick (Dr. Peggy C. MacLean Hoffman) and Angela (Dr. Marcos J. Gutierrez). Gordy considered his son- and daughter-in-law to be his own children, and he adored the three grandsons they gave him, James Gordon and Joseph Marcos Gutierrez, and Camden Joseph Hoffman. He is also survived by his twin brother, Maurice M. (Agnes) Hoffman, and his sister Kathleen (Gene) Wolfe, as well as numerous nieces and nephews. He was a member of a very large Minnesota extended family, so he also leaves countless cousins and their families who loved him dearly. Also left behind are his “co-padres,” George and Denise MacLean and Marcie and George McClaflin, his “extra” daughters-in-law, Nancy MacLean Davidson and Jenna Lapaglia, and his very special friend and helper, Joe Chavez.

Mass of Christian Burial will be Monday, Dec. 10, at 11 a.m. at Immaculate Heart of Mary Catholic Church. For those wishing to memorialize Gordy, the family suggests donations to Laketrails Base Camp, 17843 Riverwood Drive, Little Falls, MN, 56345, or online at www.laketrails.org; Espanola Animal Shelter, 108 Hamm Parkway, Espanola, NM, 87532, or online at www.evalleyshelter.org; or the Immaculate Heart of Mary Catholic Church Christian Concern Committee, 3700 Canyon Road, Los Alamos, NM, 87544. He is being cared for at French Mortuary in Albuquerque.