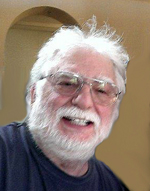 He was born on March 21, l943 in Bonham, Texas to James Neil Downing, Sr. and Mary Helen Downing. He was preceded in death by his parents. He is survived by his wife, Barbara Morgan-Downing of Garden Ridge, Texas; son Scott Downing; daughter-in-law, Donna Downing; grandchildren, Katie Downing, JD Downing, and Audrey Downing of Los Alamos, New Mexico.

James earned a Bachelor’s Degree in Physics from Texas A & M, College Station, Texas and PhD in Plasma Physics from the University of Houston. He worked for over 30 years and retired from the Los Alamos National Laboratory in 2001. He moved to Garden Ridge, Texas in 2002 where he continued to do private research in his lifelong interest in physics and high voltage electronics.

Plans for a special Memorial Service for Mr. Downing in Los Alamos, New Mexico are pending.